"Road Rover" was Gordon Bashford's project for the Rover Company in 1951, when he produced a two-wheel-drive "Road Rover" prototype. As a result, the design was put on hold until 1966, two engineers from the company got to work on a redesigned version.

SYE 157F was the first Range Rover prototype constructed in 1967. In 1969, the Range Rover's design was finalised. Between 1969 and 1970, there were 26 Velar-badged engineering development cars manufactured.

There are five options with the fifth generation Range Rover - three diesel, two petrol engines, and a BMW-JLR engine with automatic transmission. This iteration will be the first time that Jaguar Land Rover has utilised the hybrid engine developed jointly by the company with BMW. Plug-in hybrids will be available in 2022, while an all-electric vehicle will be available in 2024.

Powertrain options include gasoline and diesel engines with 48V mild-hybrid technology. The 8-speed automatic transmission is standard equipment on all engines. The three-litre six-cylinder petrol delivers 400PS/550Nm while the three-litre diesel generates 351PS/700Nm. Its top-of-the-line model is powered by a 4.4-litre twin-turbo V8 with 530 horsepower and 750 pound-feet of torque.

Among the new features for the 2019 Range Rover is a 13.7-inch digital driver system for crucial information, a 13.1-inch touchscreen, a 1600-watt Meridian audio system, and Amazon-Alexa integration. A Mercedes-Benz Maybach GLS or a Lexus LX are two of its competitors. There's also the Aston Martin DBX and the Bentley Bentayga in its sights.

In addition to the standard colours of Sanguinello Orange and Petroiix Blue and Lonian Silver and British Racing Green for the Land Rover Range Rover, you can also get it in 25 different shades of white and metallic paint jobs like Fuji White and Velocity Blue, Lantau Bronze and Ice White as well as Carpathian Grey and Ethereal Frost Silver and Flux Silver. Other colours include Sunset Gold, Ostuni Pearl White, Ice Silver, Tourmaiine Brown, and Beacon Brown.

Modern and stylish interiors anchored by fine details and an intuitive approach to pertinent technology. You can pick from a variety of luxurious and refined leathers that have been graded according to their quality.

In addition to allowing you to modify the temperature and intensity of airflow to your particular choice, the four-zone climate control system allows you to select different settings for each seat in the vehicle.

Because of its exorbitant price, purchasing a Range Rover is one of the most difficult decisions to make.

There is a major dearth of small-item storage space in the backseat of the vehicle. Considering the rest of the decor, this looks like a strange omission. When it comes to interior design, Land Rover appears to have neglected one minor detail.

Land Rover Range Rovers have a few drawbacks, but this may be one of the most significant. Large and manoeuvrable, it's reminiscent of a boat. Most large SUVs can be compared to the Range Rover, however, there are other vehicles in the same class that perform better. A few tweaks might be made here for future models. 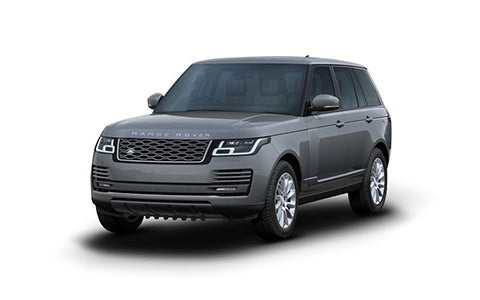 For the 2021 Range Rover, Land Rover offers four engine options. The base engine is a six-cylinder turbocharged engine. A small electric motor is attached to this engine, which almost qualifies it as an all-wheel-drive hybrid. This set-up has a max output of 355 hp. The Range Rover may also be had as a hybrid if you prefer to go green.

V6 Diesel models are also available from Land Rover, which provide more low-end torque. This considerably enhances the Range Rover's off-road and towing abilities. There's a 5.0-litre V8 engine that produces 518 horsepower for a true powerhouse. The V8 in some of the premium models may be tweaked to produce 557 horsepower. The V8 engine provides unexpectedly quick acceleration.