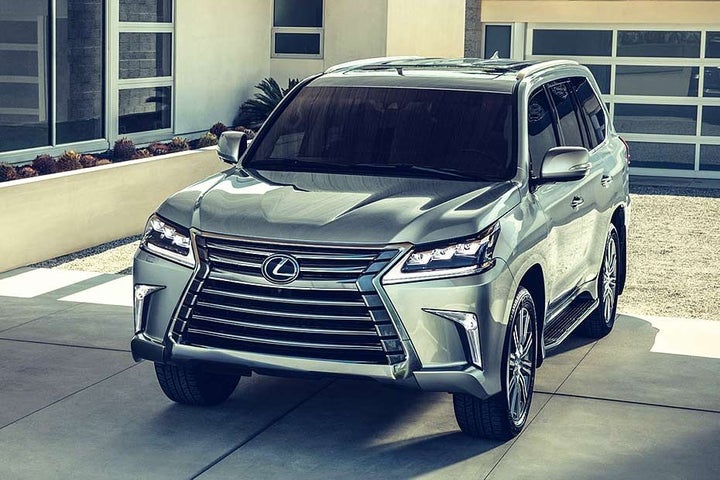 In India, Lexus SUVs were popular in the late 1990s and early 2000s, with the affluent and famous preferring the fancier version of the Toyota Land Cruiser. Most of them were one-off imports back then, but Lexus is about to sell for the first time.

Unlike its plaid predecessors, the Lexus favours a lot of funk in terms of design. The swept-back LED headlights flanked the horizontal slats on the crimped square front grille splashed over the fascia. The design's edginess continues down the length of the vehicle, making the ordinarily plain Land Cruiser body shell seem quirky. Angles are also seen in the tail design.

Toyota's premium brand, Lexus, guarantees that you receive a lot of it. The interior is lavish and leather-upholstered. A big horizontal screen sits atop the multi-button waterfall centre console on the top of the dashboard. It has separate climate control zones for the front and between the rows of seats.

The front seats and the panoramic sunroof are also electrically adjustable. The folding auto-dimming wing mirrors drop when the car is placed in reverse. Parking sensors are installed around the vehicle and a reverse parking camera. The third-row seats, as well as the rear seats, recline for further comfort.

The 4.5-litre V8 diesel engine that powers the Land Cruiser LC 200 in India will power the Lexus LX. The V8 engine produces 270bhp and 650Nm of torque and is linked to an eight-speed automatic transmission that sends power to all four wheels through the transfer case. Crawl control, hill descent, and a slew of other functions, including torque vectoring, are all included in the four-wheel-drive system. If Lexus wants to compete with the top-of-the-line Range Rover Sports V8 Autobiography, it may obtain the flagship 5.7-litre petrol V8 engine.

The LX 450d, one of three models introduced by Lexus in India, has been officially priced at Rs 2.32 crore (ex-showroom Delhi). It is driven by a 4.5-litre turbocharged diesel engine that produces 265PS and 650Nm of torque. It is an 8 seater car with some really good specs such as automatic transmission, 362.0 BHP, 5663 cc engine, and it provides a mileage up to 6.9 kmpl. The engine is mated to a six-speed automatic gearbox, and power is distributed to all four wheels on the road. It is the largest Lexus that will be offered for purchase, and it is built on the same platform as the Toyota Land Cruiser. The Lexus LX has a starting price of Rs. 2.32 Cr and a maximum price of Rs. 2.32 Cr. The Lexus LX is available in one variation: the base model is the 570, and the highest variant is the Lexus LX 570, which costs Rs. 2.32 crore. The Lexus LX is available in 4 colours: Starlight Black Glass Flake, Black, Sonic Titanium and Sonic Quartz.

The internal interior is opulent, with plush chairs. The interior is luxurious and packed with features.

Its advantage is enhanced by its innovative characteristics.

Off-road capable vehicle. Its off-road skills are comparable to those of competitors. A luxurious SUV with substantial all-terrain capability.

The standard warranty is three years or 100,000 kilometres.

The fuel efficiency is low.

The price range may be more competitive. For what it gives, it comes at a steep price. It costs about a crore more than the Land Cruiser, its mechanical brother. Rivals like the Range Rover provide a more luxurious experience for the same money.

Rear seat entertainment is available on all versions.

The performance of a diesel engine is sufficient but not exceptional.

For chauffeur-driven owners, the rear seat isn't suitable for the size and price, average comfort and space. 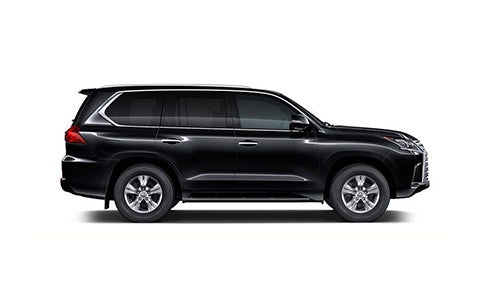 Experts from all over the globe have driven the car and have several opinions. For starters, it's massive and has a lot of presence. That enormous chrome grille will fill any hatchback's rear view mirror. Lexus' premium SUV, the LX450d, is what it is. We won't blame you if you think it looks a lot like a Toyota Land Cruiser; after all, it is based on one. It's essentially a considerably more premium and luxury-laden version of the Land Cruiser LC200, thanks to the Lexus label.

Stepping inside the LX shows an interior that looks and feels upscale. A vast screen dominates the dashboard atop the multi-button centre console (which does not have a touch function). The instrument console is attractive and provides a wealth of information. The front seats are enormous and will comfortably fit most healthy forms. The elevated seating also provides a bird's-eye perspective of the road ahead. A button controls almost everything, and there are lots of them around the vehicle, some hidden under the steering wheel, such as the park assist button.

The LX450d is the most expensive luxury SUV, costing 2.32 crore ex-Delhi. While there are alternatives such as the Mercedes-Benz GLS, Audi Q7, Porsche Cayenne, Range Rover Sports, and the LC200, the LX's pricing means you can have two of them for the price of one LX450d. As a result, the Lexus seems out of place and has developed a niche for itself. That is a pretty rare one.