In September 2011, Mahindra released their well-publicised SUV, the XUV500, named code W201. Mahindra's new SUV was built indoors and built as the world's first SUV, which could be used to produce more SUVs in the future.

In India, the Mahindra XUV500 is offered only in diesel colour; no fuel fluctuations. The XUV500 petrol comes with only one item, the G Automatic, and costs Rs 15.50 lakh (ex-showroom, Delhi), which is Rs 1 lakh cheaper than a diesel-like variant (W9 AT).

The Mahindra XUV500 transmits with six gears. The six-speed manual transmission is similar to the one used in the small SsangYong Tivoli SUV. It comes from Aisin (a Japanese company). This gearbox unit is also used for the SsangYong Korando C. diesel.

The Cheetah-inspired SUV has improved over time and now looks much better than before. The 2015 Mahindra XUV500 is the first major redesign since its launch in September 2011, but the development is primarily cosmetic and not mechanical.

The car was named "W201" throughout the development. This car is the company’s first car based on a monocoque chassis. The XUV700, which was designed for the second generation XUV500 during the development, is a success.

The 2.2 litre m-Hawk engine that produces 140 horsepower and 330 Nm of torque remains unchanged on the XVU500 facelift. However, the efficiency of the fuel has been improved to 16 kilometres per litre. The quality of travel is also greatly improved. The XUV500 seems to be alive with improved speed performance due to the new non-solid suspension.

Mahindra must give the XUV500 a facelift to strengthen its position as a leader. The Mahindra XUV500 has changed the way we Indians, or the international audience, view the brand. The XUV500 was a glamorous local product with a world-class design, excellent construction quality, and a long list of features that filled the space of the premium SUV market at Rs.10 to Rs.20 lakh bracket. The Monocoque SUV sells everything else in its size and range.

The changes to the new XUV500 facelift are mainly pleasing to the eyes, as one might expect. However, the cheetah has matured due to these changes. New grille featuring new chrome, related to the new Scorpio, new black headlights with curved projector lights, cooler light guides (not DRLs), new fog lamps (with more chrome), a new muscle bonnet, new chrome edging on windows, and new alloy wheels are among the exterior changes. Although the design is still elaborate, it has improved the look of the XUV500 over time.

Inside, the XUV500 gets a new black and beige interior, as well as a new beige leatherette, a collection of blue studs, and aluminium pedals. The first and second row seats have more legroom.

1. Stable and robust in all conditions, both on-road and even off-road.

2. It has a comfortable seating position and is fun to drive. It has a real SUV feel.

3. It looks fun, and there is a presence on the road, in my opinion.

4. Good value for money, as well as resale value.

5. The interior is beautiful, with seven seats.

6. It has different engine and transmission combinations with different variations.

7. Can drive off-road with ease

2. Seats and comfort are not as expected, but they are certainly manageable.

3. The boot space is not the best in this price range. 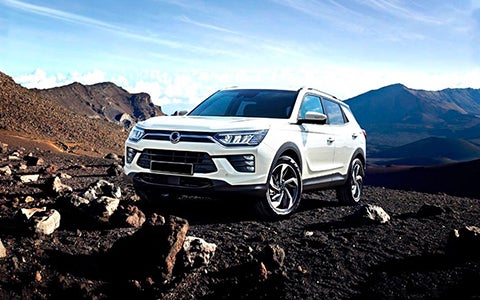 According to expert opinion, Mahindra's new XUV500 Automatic is a much-needed product in its current price range. It ultimately offers Indian customers a large traditional SUV, which looks aggressive with the added ease of automatic transmission, a combination of Toyota Fortuner passing through. Also, while we don’t expect the default XUV500 to issue sales charts, we expect more buyers to choose it than the booked version, especially since the gearbox will be available in the W8 and W10 versions.

Experts praise the fact that, unlike many facelifts, the 2015 Mahindra XUV500 retains its original look, which will delight many Mahindra fans. Major changes were made to improve their appearance. A new black chrome-plated grille, similar to New Scorpio, replaces the original body-coloured grille. While the headlight form remains intact, the collection was reprinted to fit the LED S-directional light that mimics daytime running lights. However, the most notable change is the addition of light for cornering, which ensures no surprises around the curve.

The bold bonnet with rounded corners and a few creases, as well as a solid new front bumper are also new. These new L-shaped fog lamps, placed higher than before, feature circular fog lights. There’s also a lot of chrome, especially around the fog lamps and on this new skid plate under the front bumper.

Other reviewers have stated that the SUV is loaded with powerful features which do not compromise with comfort. It behaves like a real cheetah when the produced power is combined with the torque of 360mm. They could have provided adjustable seats in the middle row thus making the third row more spacious. Otherwise, there isn’t much to complain about this SUV.

Mahindra's XUV500 has become a huge success for the company. In just six days after launching, the company earned 5000 bookings but has only launched reservations in five cities: Mumbai, Pune, Delhi, Bengaluru, and Chennai.