History of the brand

Suzuki Alto began its journey from the first generation model in 1979.

The 1st generation Maruti Alto was introduced on 27th September 2000.

Maruti Alto’s 2nd generation was introduced in the market as Alto 800 on 16th October 2012.

The year 2015 saw Alto getting a facelift with its K10 version.

As far as the facelift was concerned, it had got a brand new grille along with a newly designed front bumper and fog lamps housings.

The car comes with 1 CNG Engine and 1 Petrol Engine.

The engine displacement is 796cc

The maximum power for the base model is [email protected]

Manual Transmission with a 5 Speed Gearbox.

It was only in October 2012, when the 2nd generation Maruti Alto was launched in the market as the Maruti Alto 800.

The Maruti Alto had got a facelift through its K10 version in the year 2015.

Maruti had discontinued the production of Alto from April 2019.

The Maruti Alto K10 was also discontinued from 2020 and it was replaced by S-PRESSO.

The new Maruti Alto 800 comes with a captivating design and an enhanced level of engineering. The price range is from INR 3.50 Lakh to INR 5.50 Lakh. Significant improvements have been made in the latest update of the Alto 800 on three fronts: Handling, NVH levels, and the power-to-weight ratio of the vehicle.

Maruti offers the Alto 800 in the following different variants: Standard, Standard (O), LXi, LXi (O), LXi CNG, LXi (O) CNG, and VXi, VXi Plus. One can also get the L variant with a CNG kit.

Some of the key features of the Alto 800 include power steering, front power windows, anti-lock braking system, and an air conditioner. It also possesses passenger airbags, wheel covers, reverse parking sensors, and a speed alert system.

Ex-showroom prices of the different variants of Maruti Alto 800 are:

The Maruti Alto 800 has been a market leader in the entry-level hatchback market in India since its launch. The closest comparable models are the Renault Kwid and the Datsun Redi-Go. The Alto 800 has also faced stiff competition from the likes of the Hyundai Eon and i10, and other popular hatchbacks such as the Maruti Swift, Ford Figo, and Volkswagen Polo. 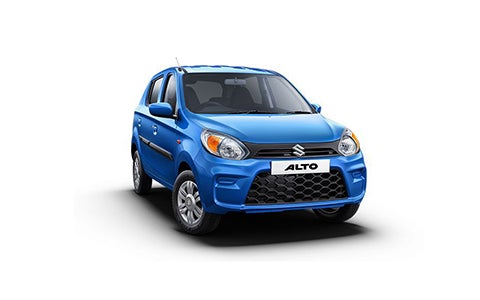 The Maruti Alto 800’s mileage, low turning radius, and average paid service cost of not more than Rs 4500 per year make it an ideal car to buy. If you want fuel efficiency, reliability, and low cost of maintenance, go for the Maruti Alto 800.

Its price is lower, the service network is wider and the cost of maintenance is lower as compared to other car models like the Datsun Redi-GO and the Renault Kwid. Maruti Alto 800’s mileage of 22.05 kmpl is much better than that of other competitors like the Tata Tiago and the Ford Figo.

As far as technologies are concerned, the Maruti Alto 800 has an Anti-Lock Braking System and a Crash Sensor.

Your overall driving experience would be truly fantastic. The ease of driving and parking and the low maintenance will make the Maruti Alto 800 a perfect car for you.

What is the tyre size of Maruti Alto 800?

Maruti Alto 800 adores tubeless tyres with a size of 145/80 R12 which is easily repairable and available in all local workshops. So no worry for any punctures and you can ride and enjoy your Alto 800 on long drives also.

What is the kerb weight of the Maruti Alto 800?

Specify the dimensions of Maruti Alto 800?

What is the transmission type of Maruti Alto 800?

What is the price of the base model of Maruti Alto 800?

What is the price of the top model of Maruti Alto 800?

What are the various EMI options available for Maruti Alto 800?

What is the ARAI mileage of the Maruti Alto 800?

Alto 800 delivers an excellent mileage of 22.05 kmpl in petrol fuel variant and in CNG fuel variant it delivers 32.99 km/kg. This type of mileage goes very easy on the pocket; therefore it makes this car a people choice.

Maruti Alto 800 doesn’t have an automatic climate control; however, it does have AC which can be controlled manually through a button on the dashboard. Four types of control modes are available from lower effect to higher effect. It efficiently cools down the cabin within a few minutes. The air conditioner is also equipped with a heater facility, so it keeps the cabin warm during winters.

Does the Maruti Alto 800 have a sunroof?