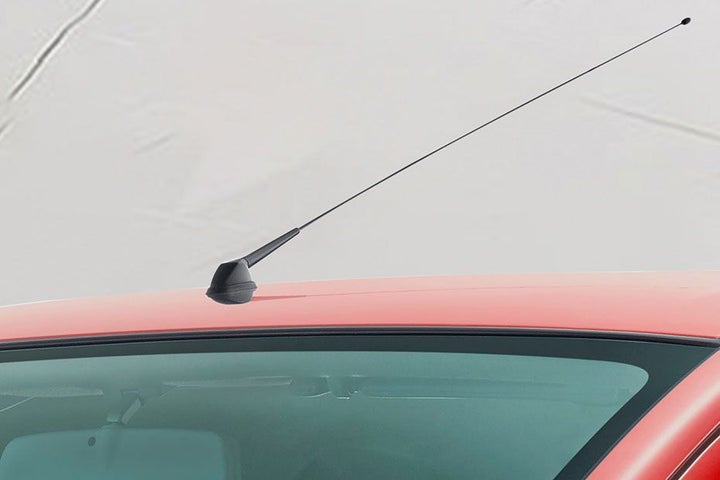 History- The first-gen model of Maruti Celerio was launched in 2014. Ever since then, there has been no upgrade in the model's design from its manufacturing company Maruti Suzuki. It is a premier automobile manufacturing company based out in India. It is being expected that in September 2021, the second-gen Celerio will be launched. The new version has plenty of interesting features and will be a complete makeover from the previous version.

Gearbox/Transmission Available- Buyers have a choice between a five-speed manual and an AMT transmission.

Maruti Suzuki, India's premier automobile manufacturing company, is all ready to launch the next-gen Maruti Celerio in the hatchback segment. The new model spotted doing test runs has a taller shape with a curvier body than the existing model. Officially though, the new look of the second-gen Celerio is yet to be unveiled.

The variants available are in two fuel options - Petrol and CNG. The Maruti Suzuki Celerio is available in a total of ten variants. There are three base variants – LXI, VXI, and ZXI which are also given optional trims with more features – LXI (O), VXI (O), and ZXI (O). Apart from these six, there are also two variants with an Automatic transmission option – VXI and ZXI, taking the total to eight. The optional versions of the automatic variants take the total number of variants to ten.

The new model is expected to be completely different from the earlier version featuring a rounded look with no angular elements, a fresh bumper on the front, a tweaked grille, and a muscular bonnet. The car will have bigger ORVMs on the sides with integrated turning signal lights and a multi-spoke alloy wheel. The interiors are getting a freshly designed center console with a SmartPlay infotainment unit featuring Apple CarPlay and Android Auto.

Priced between INR 4.50 lakh to INR 6.0 lakh, the new-gen Celerio will be available with the five-speed manual and automated versions. The new Celerio model will face close competition from smaller cars in the hatchback segment like Tata Tiago, Hyundai Santro, Honda Activa 6G, Honda Brio, and Maruti Suzuki Wagon R. 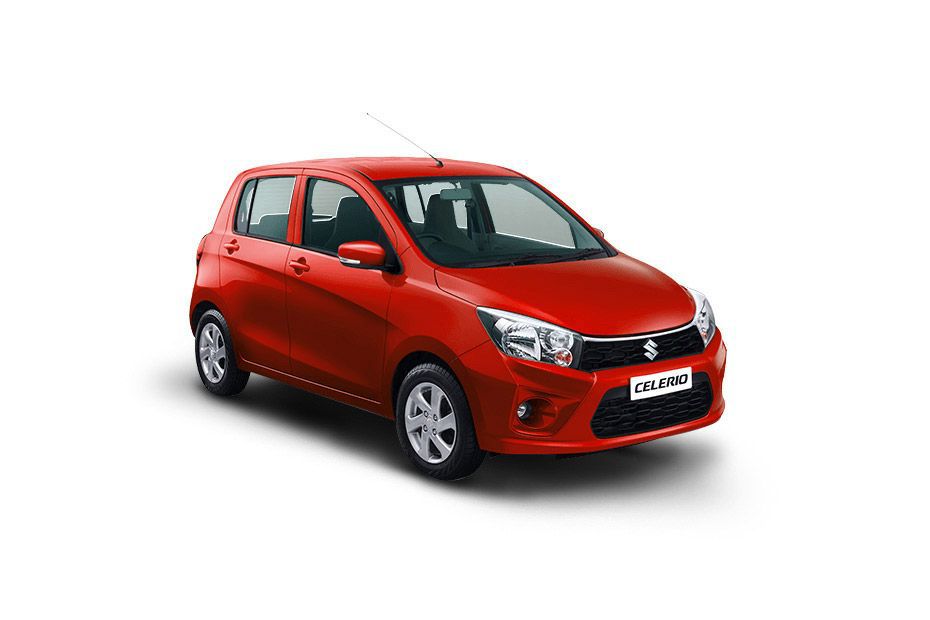 The care is affordably priced and good for the middle-class sector in India, especially for small families.

Maintenance costs of the Celerio tool are quite low too.

The car's mileage is quite effective and is good enough for a drive within the city and on a highway.

The AMT transmission system of the Celerio is also much appreciated and liked by experts and drivers.

Having been designed in Japan, the car has an international appeal about it.

The variants offered by the company – petrol, and CNG make it an easy choice for buyers.

The fuel efficiency of the Maruti Celerio has been well-established.

The model has also proven its reliability on Indian roads.

The recent version's safety features also offer the Celerio a major advantage compared to other models in the same segment. Some features include driver and passenger airbags, integrated rear and front headrests, child door locks, a speed alert system, etc.

The car model provides enhanced assistance with parking, for example, the presence of reverse parking sensors.

One of the biggest drawbacks of the earlier version was its build. Hence, the company has worked on this aspect to make the new version stronger and more robust.

Another aspect that has been focused on this time around is the look and feel of the model. The second-gen is trendier with a sportier look.

The Wagon R model from Maruti has better transmission, fuel, and engine options and is also priced affordably. Hence, it was essential that the Celerio, too, had such comparable features. The same has been taken care of in the recent version. 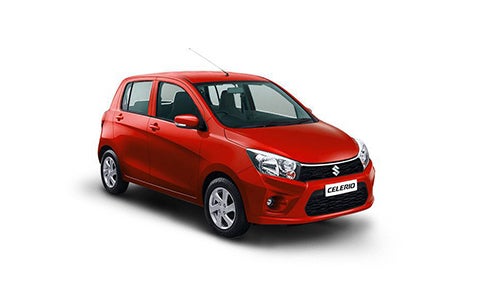 The second-gen Celerio is surely a much better version of the first-gen model. The dimensions are larger, and sportier features like the chrome accentuated honeycomb front grill or the halogen headlamps shaped as droplets with the Suzuki logo make it look stylish and contemporary. The folding ORVMs with integrated turn indicators, a newly designed bumper, and distinct crease lines add to the aesthetic look as many users complained that the earlier version had an outdated look.

The car is a budgeted hatchback and, therefore, an excellent choice if you are considering an economical car. It is also ideal for small families and bachelors. The car is priced between INR 4.5 and INR 6 lakh, making it competitive against the likes of Tiago, Santro, and GO. The interiors also have some good updates from the previous model, such as the Android Auto and Apple CarPlay aspects, multifunctional steering wheel, and the 7-inch infotainment screen. Besides, the engine is more like the WagonR with four cylinders, AMT, and 5-speed manual transmission. One of the key features to look out for in this version are the safety features like dual front airbags, reverse parking sensors, keyless entry, ABS and EBD, and more.

The CNG variant is a welcome addition to the family, taking the Celerio in the same league as Brezza, Ertiga, and XL6. It is good if you need to drive within the city and also want to take care of the environment while driving. Overall, the Maruti Celerio 2021 version is one car model to look out for. It promises to offer you a swifter, smoother, and smarter driving experience.

Does Maruti Celerio have power steering?

Yes, the Maruti Celerio has a power steering. The top model of Celerio comes fitted with a tilt-adjustable steering column to give comfortable driving experience and the entry spec model comes with a standard steering wheel.

Is there an automatic transmission version available in Maruti Celerio?

Yes, the automatic transmission version is available in Maruti Celerio. It comes with an AMT (Automatic Manual Transmission) gearbox and it is India's first car to offer AMT features. The clutch pedals are not present in the Maruti Celerio. There is an option to change the gear sequentially. The driving experience of the Maruti Celerio is very comfortable and relaxing.

What is the fuel tank capacity of Maruti Celerio?

The fuel tank capacity of the Maruti Celerio is 35 litres as most small cars of Maruti comes with this standard tank capacity. It gives a good city mileage in city and on highways.

What is the tyre pressure for Maruti Celerio?

What engine oil is best for my Maruti Celerio?

Synthetic oil 5W30 is the best engine oil for Maruti Celerio. The synthetic oil increases the life of the engine and also provides hassle-free driving experience.

What is the service and maintenance cost of Maruti Celerio?

The service cost of Maruti Celerio is Rs.3,608/year and five years maintenance cost is Rs.18,495. After travelling the distance of 1000 km first service is offered, the second service is done after 5000 km and the third service after 10,000 km which is free of cost.

What is the waiting period of Maruti Celerio in India?

What is the lowest price of Maruti Celerio in India?

The lowest price of Maruti Celerio in India is Rs 4.26 lakh for petrol and the on-road price of LXI Optional MT (petrol) is Rs 4.77 lakh.

Yes, the Maruti Celerio is available through the CSD canteen. The Canteen Stores Department provides items at subsidised rates and one can purchase it by visiting their nearest CSD depot.

What is onroad price of Maruti Celerio in India?

How is the performance of Maruti Celerio?

The overall performance of the Maruti Celerio is quite satisfying and it performs like a star. It offers a pleasant and comfortable city drive. Earlier Celerio only came with petrol and CNG variants with 998 cc, but now it is also available in diesel variant with 793 cc and three-cylinder motor. The diesel engine accelerates a power of 47bhp and a torque of 125nm.

Maruti Celerio petrol and diesel both are a good choice. If your daily travel is more than 50km, then Maruti Celerio diesel is a good option. The diesel option gives a mileage of 27.62kmpl and it's also one of the most efficient fuel cars available in the country. The petrol variant is also fuel-efficient with a mileage of 23.1kmpl.

What is the acceleration of Maruti Celerio?

The acceleration and pickup of Maruti Celerio with automated manual transmission is good enough. It is available with 1.0-litre K Series petrol motor and it is capable of generating a top power output of 67bhp at 6000rpm and a peak torque of 90Nm at 3500rpm. The engine accelerates upto 100kmph in 16 seconds from zero.

What is the top speed of Maruti Celerio?

The top speed of the Maruti Celerio is between 140-150kmph and it can reach from 0-100 in just 16 seconds. The engine of Celerio is much similar to the engine of Wagon R with the latest technology.

What is the ARAI mileage of the Maruti Celerio?

Tell me about Maruti Celerio interiors?

The Maruti Celerio comes fitted with a tachometer and electronic multi-tripmeter. It has a glove compartment with a digital clock and digital odometer. The outside temperature is also displayed inside the cabin.

Does Maruti Celerio have safety airbags?

What are the safety features in Maruti Celerio?

The Maruti Celerio comes with an anti-lock braking system, central locking system, power door locks and with child safety locks. You also get a rear view mirror on the Passenger side. The car also comes with rear seat belts and seat belt warning.

How many colours are available in Maruti Celerio?

What are the variants of Maruti Celerio?