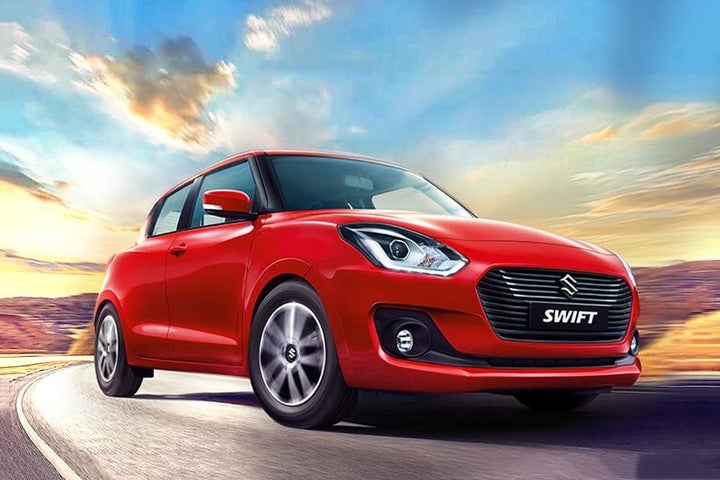 History of the Maruti Suzuki Swift -

Maruti Suzuki unveiled the redesigned Swift hatchback, which is the company's best-selling model.

The facelift gets a new engine and a few cosmetic and interior improvements.

The Suzuki Swift debuted in 1983 as a marketing and manufacturing rebadge of the Suzuki Cultus, a three-generation and four-body configuration supermini (or subcompact) that was manufactured and marketed globally.

It now returns a higher fuel efficiency, max power and torque of 89 bhp and 113 Nm, respectively.

There is only one engine and fuel option available.

The Maruti Suzuki Swift is available with only a petrol engine.

The Maruti Swift has a five-speed manual transmission.

Maruti released the Swift in 2005, and it quickly became the country's second-best-selling vehicle behind the Alto.

Maruti Swift received a minor facelift in 2010, with revised gears and reworked suspension for a smoother ride.

It received a total makeover in 2011, with new headlamps, taillamps, hatch doors, and interiors.

Swift was redesigned in 2014 with new technologies like Bluetooth and keyless go.

At the 2018 Auto Expo, Maruti Suzuki revealed the third-generation Maruti Suzuki Swift, which included the groundbreaking Auto Gear Shift transmission for the first time in both petrol and diesel versions of the Maruti Swift.

The new and updated Maruti Swift exudes energy, flair and performance. With its precisely cut two-tone alloy wheels, LED projector headlamps, and sporty cross mesh grille with a bold chrome accent, the car gets a new and sporty look, making it appear purposeful and sharp.

Maruti Swift comes in nine petrol types, four of which are automatic and five of which are manual. Maruti Swift has long been known for its athletic appearance. When this car was originally introduced in India none of the other hatchbacks had such a sporty design.

There is no diesel engine option currently, but the upgraded 1.2-liter petrol engine with a peak power of 81.8 horsepower performs a fantastic job on the drivability front. It achieves an outstanding fuel efficiency of 23.20 km/l when partnered with a manual transmission and 23.76 km/l when paired with an automatic transmission.

The Swift hatchback's success in India can also be attributed to Maruti Suzuki's brand reputation and service network. When compared to the cost of maintenance of similar automobiles from other companies, Swift's anticipated cost of maintenance for the first 5 years is roughly INR 21,000, which is less.

The Renault Triber, Hyundai Grand i10 Nios, Tata Tiago, Maruti Suzuki Ignis, and Datsun GO are all competitors in the segment, with the Maruti Suzuki Swift starting at Rs. 5.19 lakh (ex-showroom). 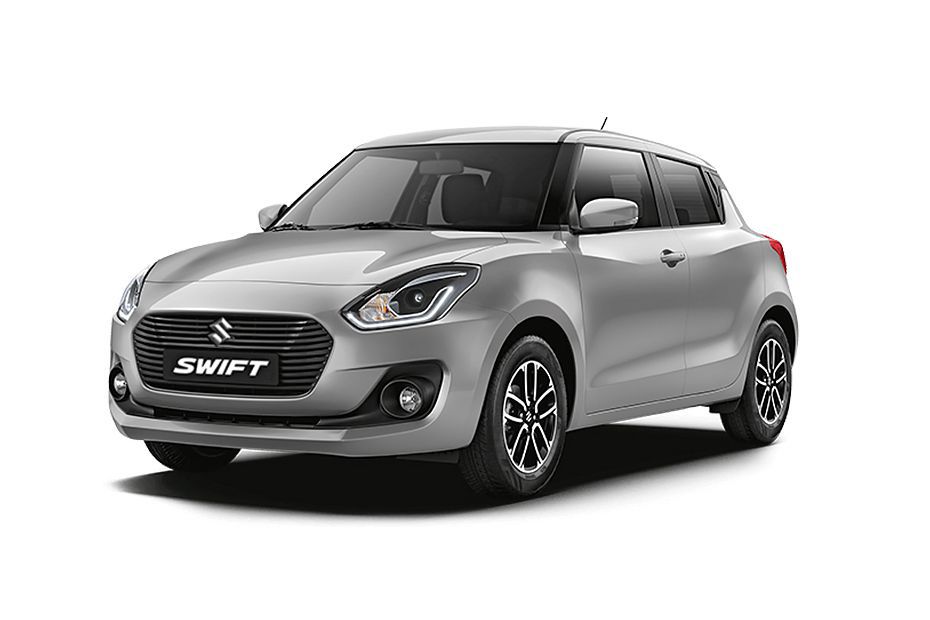 The new 1.2L DualJet now has two injectors instead of one and produces 90 PS, which is a 7 PS increase over the previous model.

This new Swift has the same 113 Nm torque as the previous model and is available with a 5-speed manual transmission or an optional AMT.

This version adds a slew of new features that were previously unavailable, like the cruise control, which is segment-first.

The colorful MID, push-button start/stop, and other functions are also included.

The Swift has proven to be the most capable handler, giving you confidence and making the steering wheel feel better while you're doing triple digits.

It is easy when parking in tight spots for city purposes. 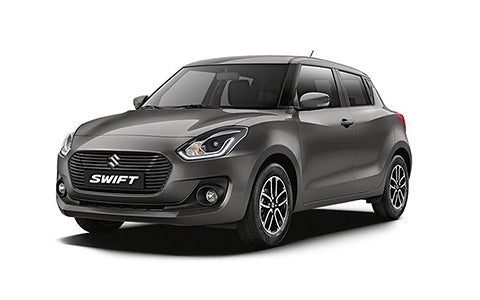 The new Maruti Swift was unveiled at the 2018 Auto Expo, and as India's second most popular car, it is virtually unmissable. The popular car now has a new design and appears to be a little fresher. The interiors are completely black instead of the typical beige-and-black, and the tacky-looking imitation wood has been replaced with grey plastic. The round central air conditioning vents and the large rotary climate control knobs, which function with a firm, well-damped feel, are relatively new.

The third-generation Maruti Suzuki Swift has received its first major update, bringing with it the much-anticipated 90hp DualJet engine and a slew of new amenities. The Swift's length has grown by 5mm with the facelift, and it is now the widest and tallest hatch in its class. The Figo is about 100mm longer overall (at 3,941mm) and has a 40mm longer wheelbase (2,490mm); the Ford also has the largest fuel tank at 42 liters. Although the Grand i10 Nios is the smallest of the three, it has a larger 260-liter boot than Figo's 257-liter one.

When equipped with the manual gearbox, the Swift was already the most fuel-efficient car in its class, and that figure has improved to 23.76kpl when fitted with the AMT. This can be due in part to the Maruti hatchback's idle start/stop mechanism. What's more, the AMT option isn't limited to simply the top-of-the-line model. The automatic manual transmission is available to buyers of the VXI/VDI versions, which are the second-lower models.

The Maruti Swift, India's best-selling mid-size hatchback, is popular with the younger population. This is because of its fun-to-drive personality, sporty aesthetics, and two powerful engine options. For many car buyers, fuel efficiency, or "mileage," is the only consideration that matters. And this is one of the most important reasons for Maruti Swift's enormous success.