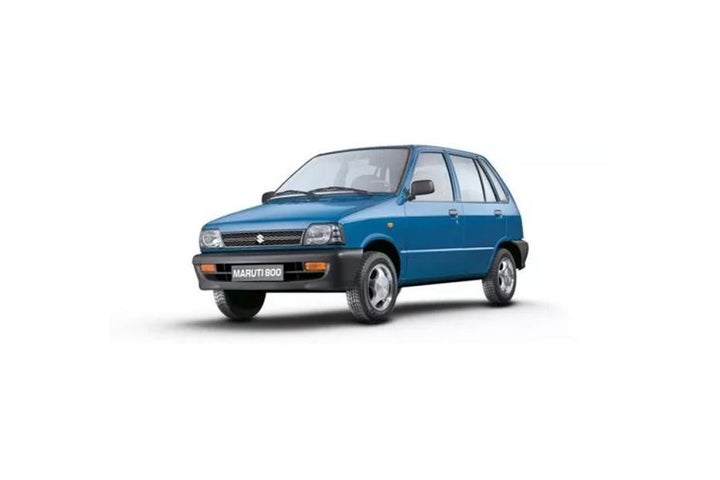 Launched in the year 1983, the Maruti 800 (SS80 model) was a revolution for the Indian automotive industry. The car carried India on its wheels.

The 800 was launched with a 0.8 liter carbureted three-cylinder petrol engine, mated to a 4-speed manual gearbox.

The year 1977 saw the second generation of the 800 (SB308), which featured a revised exterior and interior.

The 800 became the first car to feature an automatic gearbox, however, the automatic model was produced in very limited units.

From 1977 till the last production year, the 800 witnessed multiple facelifts.

Key facelift changes included the introduction of MPFI, 4-valve heads per cylinder, a 5-speed manual gearbox, and some styling updates.

However, in 1999, Maruti switched back to a 4-speed gearbox and two valve heads per cylinder.

The Alto 800 was the car that took forward the legacy of the Maruti 800.

Launched way back in the year 1983, the Maruti 800 has witnessed a few minor as well as major updates. One of the recent updates came in the year 2008 when Maruti equipped the 800 with LPG drivetrain options. Since then, the 800 continued to be sold without any change till the year 2014. On 18 January 2014, the last Maruti 800 rolled out of the production lines.

The Maruti 800 is an affordable, entry-level hatchback. It is still the best four-seater car entry level car for first-time drivers. It also offers customers the choice of an LPG variant. Other top features of the Maruti 800 include high fuel efficiency figures, low maintenance, a smooth driving experience, and safety features like front disc brakes.

The Maruti 800 did not have any direct rivals because of the price point at which it was offered. However, the Indian market does have cars with similar engine displacement - Maruti Alto 800, Renault Kwid (0.8-liter), Datsun Redi-Go (0.8-liter), Hyundai Eon (Discontinued), and Maruti Zen (Discontinued).

Affordable: The Maruti 800 transformed the whole definition of a car from a luxury vehicle to a necessity. Launched at the price of Rs 48,000, it was the first mass-market vehicle that many could afford. And even today, you can find one in the used car market at an incredibly cheap price.

Modern Mechanicals: The Maruti 800 was the first car in India to come with disc brakes and front-wheel drive. The 796cc engine on the car was smoother as well as faster. The 800 was extremely modern when compared to the decade-old Ambassador, and Padmini.

Economical and Reliable: The small 0.8-liter petrol engine, front-wheel drive, and 660 kilograms lightweight body made the 800 a more efficient vehicle comparatively. And the 800 proved to be extremely reliable as well.

Did not meet emission standards: Maruti Suzuki decided to phase out the Maruti 800 due to the implementation of new auto emission standards. The car has not been upgraded to meet the requirements of the present time.

Lacks space: The flip side of every small hatchback is the poor amount of space that it offers. Headroom, knee room, both are compromised as well as seating 5 passengers is an absolute squeeze in the 800.

Lacks safety: This is a huge deal-breaker for anyone thinking to buy a used 800. And one shouldn't expect much too from a decades-old car like this. It does not have power steering, ABS, airbags, and good headlights. Furthermore, you cannot drive it at high speeds on the highway as it lacks control and stability.

The Maruti 800 has been one of the top dogs both in terms of sales as well as sentimental value for Indians. In fact, in 1997, 8 cars out of every 10 that were sold in India, were Maruti 800s. Its affordable price and beginner-friendly character had been one of the reasons for its success.

In the era of old age cars like the Ambassador and Fiat Padmini, the Maruti 800 was the most modern vehicle on sale at that time. It featured a small 796cc carbureted (later got MPFI) inline three-cylinder naturally aspirated petrol engine that churned a decent 39 hp of max power, and 69 Nm of max torque. The 800 also featured disc brakes, front wheel, and was the most fuel-efficient vehicle of its era. Later in 2008, Maruti also launched the LPG variant of the 800.

During its launch, the Maruti 800 ticked almost all the boxes. It was cheap, lightweight, as well as advanced. It was equipped with features like disc brakes, an anti-theft system, tachometer, adjustable side mirrors, seat belts, 12-inch wheels and was offered in eight color options. Several user reviews of the 800 have suggested that despite being such an old car, it feels smooth and nice to drive. And though the company claims a mileage of 14.2 km/l for the petrol 800, several users reported even higher figures of up to 16 km/l.

If you are a first-time car buyer with a limited budget, the Maruti 800 becomes an extremely tempting option. You can pick one for yourself at a jaw-dropping price in the used market. With this car, you can learn how to drive or go on daily city commutes. However, the cramped interior space and underwhelming performance make it not a very sensible option if you have a larger family or if you travel on highways. Furthermore, choosing this vehicle means you have to compromise both on safety as well as modern features.