History of the brand - Maruti SX4 was launched in 2007 replacing the earlier sedan Maruti Baleno. In the initial days, its higher ground clearance and larger dimensions within that price range helped its sales. With continuous new launches from its competitors, it was high time for the Maruti SX4 to be upgraded. Hence in 2009, the automatic gearbox option was added and the next year a factory-fitted CNG kit was on offer, which was rare at that time. In 2011, the diesel variant (1.3 litre) was made available. For more user-friendly entertainment control, upgraded models got features like touch screen audio navigation and foldable ORVMs (electric outside rearview mirror).

The Maruti SX4 is offered in three fuel options - Petrol, CNG and Diesel. At that time it was the only car by Maruti Suzuki which offered all three variants.

These models come with 5-speed manual transmission and also have a variant (ZXI) that offers a 4-speed automatic transmission.

After a drop in sales in 2014, Maruti SX4’s production ended. On average it sold less than 250 units in the first few months of 2014 which was one of the reasons for its discontinuation. One end meant a new beginning, so this made way for its successor the stylish and revamped Maruti Ciaz to get on the Indian streets.

Maruti Suzuki has been a household name for decades in the Indian automobile market. From its understanding of various segments to its widespread dealership network, it has maintained its presence in all domains. Among its large pool of available options, one that has been a segment leader in the midsize premium sedans is SX4. It has garnered a following that still remains loyal to this day. It was launched in 2007 and discontinued in 2014.

Two things that have worked really well for the Maruti SX4 would be its ground clearance (180 mm) and cabin space. Among sedans, it probably has the highest ground clearance and legroom, making it both safe and comfortable at the same time. Its pricing and value for money was a steal at the time considering all the features it was loaded with, taking care of comfort, convenience & safety, entertainment. 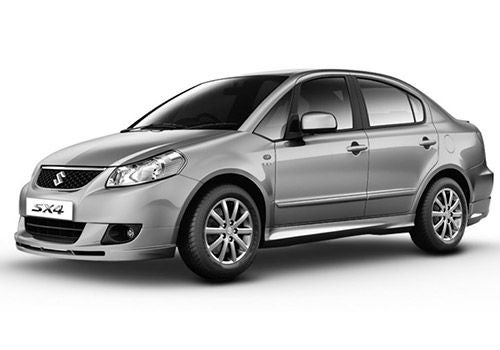 Highest ground clearance in this segment; proves to be really helpful on bumpy and rugged terrains.

Maruti SX4’s petrol variant was considered to be the most powerful available car in the lineup, competing against names like City, Verna, Vento or Manza.

Maruti probably beats every other rival when it comes to sales and service aspects.

The A-pillar takes some time to get used to, but that can be rectified by adjusting the seat height.

The rear armrest is very wide and uncomfortable for long journeys.

Though it has plenty of space inside given its wide dimension, it still lags behind in cabin space compared to its competitors like City and Verna. 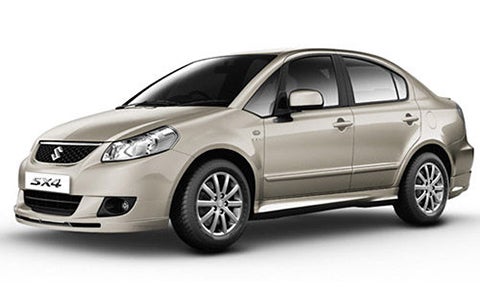 Overall, the Maruti SX4 is a beast in its segment, absolutely worthy of your money. Whatever your purpose of buying a car is, be it regular city commute or highway travel, it works fine at both places. It's considered a suitable option if you are an office goer or if you have a family, keeping in mind its roomy seating space and 50 litre fuel tank capacity.

The SX4’s pricing is almost 1 lakh cheaper than Honda City. Not only that, the Maruti SX4 also has a lower maintenance cost than a Skoda Rapid or Volkswagen Vento, adding more to its value. The availability of the service station and its parts is much higher in the country compared to other makers, especially while you’re out of the city limits. So, this is a car that goes easy on your bank account as well as maintaining a healthy after-sales relationship.

One thing which has been prioritised in its features was safety, as the top-tier models come equipped with dual airbags. It had an impressive ground clearance at that time among all its competitors. Maruti was probably rolling out the best engines in this midsize sedan segment, along with its widespread service network, the reason for its enthusiastically loyal customer base.

If you are in a dilemma between the diesel and petrol models, diesel provides a better mileage (around 21.5 kilometers to the litre) while the petrol variant is much more powerful. Its 1.6 litre engine is smooth and you won’t really hear it doing its work under the hood. The 1.3 litre diesel variant works charmingly on the highways, and it easily manages to reach three-digit speeds.