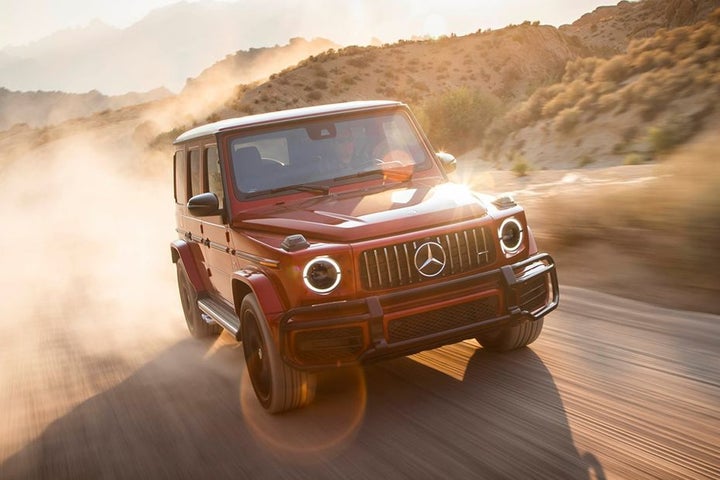 Mercedes-Benz G is one of the oldest models, which is still in production since 1972.

This car has quite a unique history. It was developed as a military vehicle at the request of the King of Iran; after some time, they released a civilian version in 1979.

Back then, the other name of this car was "Wolf" because of the quality and looks.

Because of the turbocharged engine, the mileage is a little bit compromised.

Both the models feature a 12.3 inch LCD with smart connectivity with both apple and android.

There are more than ten speakers, making the entertainment experience more enhanced.

Heads up display is absent.

The car has 9 airbags with side assist for the extra safety of the passenger. Side assist can keep track of vehicles approaching from behind within 70 m. So an additional feature which can alert you of the dangers.

This car possesses a 5-star rating from Euro-NCAP in crash tests also has an autonomous braking system and traffic sensors.

The Mercedes-Benz G-Class, also popularly known as G-Wagon, is a typical four-wheeler manufactured by Magna Steyr in Austria, sold by Mercedez. G is also short for Geländewagen, and one can easily spot this car from a range because of its body on frame and boxy styling configuration. There are two different G-Class models available: G 350d 4MATIC and G 63 AMG 4MATIC.

The car is equipped with either a petrol engine or diesel. The petrol engine is 2925 cc, and the diesel provides 3982 ccs. It is only available with Automatic transmission; the manual transmission was dropped in 1994 for good. The base-level engine is a 6 Cylinders Inline, 4 Valves/Cylinder, DOHC, which generates a maximum torque of 600 Nm @ 1200 rpm and a maximum power output of 282 bhp @ 3400 rpm.

The base variant or diesel variant provides an approx. Mileage of 6.1 Kmpl whereas the top model or petrol variant offers 9.35 Kmpl. 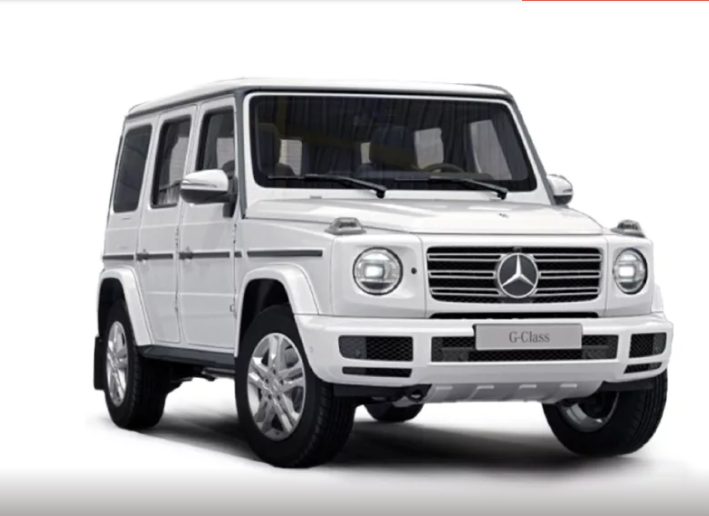 It has an anti-lock braking system(ABS), an electronic stability program that makes the ride safer.

Even the rear seats are 4-way manually adjustable.

Push ignition is also available for this model, making it more classy.

Since this car is an offroad vehicle, the suspension absorbs almost all types of shocks, so a smooth driving experience.

When compared to the rivals, the boot space is less than them.

Mileage could be better for a priced car.

The cost of repairs is also a lot.

The engine makes a lot of noise.

When driving off roads, the dust may collect under the door handles that may break because of the poor insulation.

The automatic window is poorly made and may break over time. 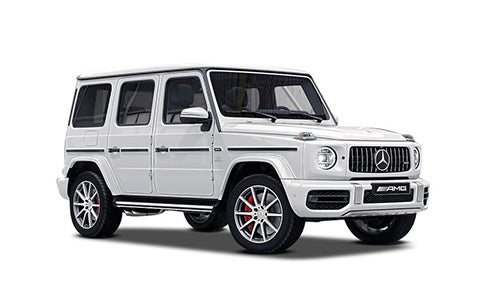 This is one of the luxurious, expensive and off-road cars manufactured by Mercedes-Benz. It has also got a 5-star rating for safety purposes by Euro- NCAP. The car can also use its radar system to adjust the car's speed based on the traffic.

This car can easily attain up to 100 kmph in just 4.4 seconds and go up to 199-220 kmph. This only provides with an automatic transmission. Cruise control makes you aware of the doors and their surroundings, hence a lesser chance of accidents.

This car has almost all the features which make it more classy. The suspensions make the ride so smooth. Even with the help of the Parktronic feature and rearview camera, you can easily park your car in any place. These features let you drive the car smoothly with little to worry.

The console is also quite techy and classy. An in-built navigation system makes the driver worry less about the wrong turns. It also has options to adjust front seats more than in 10 ways electrically, which makes it comfortable and safe for the driver and passenger. In winters, too, the windscreen gives a clear view.

In conclusion, we can say that the car is best suited for a family because of the comfortable seats and ample space for luggage. Also, proper servicing and care will maintain the car's mileage for a longer duration.