It was once known as the Mercedes-Benz M-Class, but since 1997, Mercedes-Benz has been making a midsize luxury SUV known as the GLE-Class. Between the smaller GLC-Class (based on the C Class) and the bigger GLS-Class, which it shares platforms with, it falls somewhere in between.

Magna Steyr in Graz, Austria, built the M-Class from 1999 to 2002 for the European market before moving the entire manufacturing to the U.S. plant near Vance, Alabama. New factories in India, Indonesia, and Thailand began producing the M-Class in the latter part of 2012 as well.

As of April 2015, the Mercedes-Benz GLE-Class has replaced the M-Class as part of an effort to unify the numerous nameplates and bring it in line with the E-Class.

For those who prefer diesel, the Mercedes-Benz GLE has two diesel engines and one gasoline engine. Compared to the Petrol engine, the Diesel engine has a displacement between 1950 and 2925 cc. Automatic transmission is an option. The GLE's mpg varies depending on the model and fuel type. The GLE's ground clearance is 200 millimetres. The GLE has a length of 4961mm, a width of 2014mm, and a wheelbase of 2915mm. It is a 5-seater, 6-cylinder automobile.

As of 2020, the long-wheelbase (LWB) variant of the fourth-generation GLE is exclusively available in India. As a result, it boasts an 8 centimetre increase in wheelbase over the normal model.

Apple CarPlay and Android Auto, a panoramic sunroof, a 360-degree camera, a sound system that will blow you away (Burmester), climate control and air suspension as well as 9 airbags are included in the GLE. 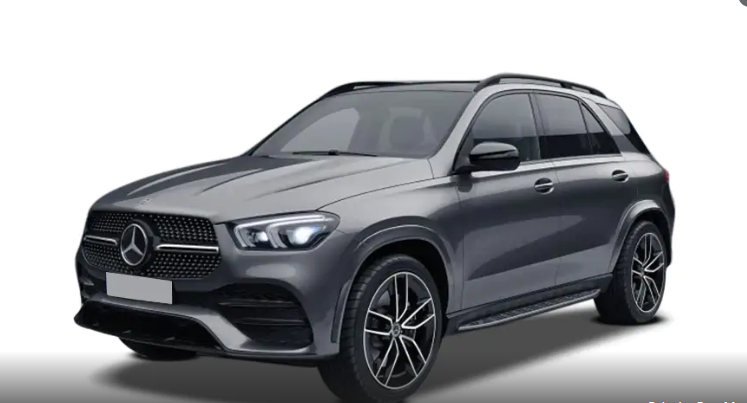 The GLE's wheelbase was lengthened for 2020 as part of the redesign. This gives travellers even more room to relax. There is accommodation for five passengers in this vehicle's two rows of seating. Even with a third row, there is still enough room for passengers' legs.

The MBUX infotainment system is standard on all variants. Both Apple CarPlay and Android Auto can be used to connect your smartphone to your vehicle. Touchscreen and digital cluster display are both 12.3-inch in size. Drivers will have an easier time navigating this system thanks to voice recognition.

Buyers will like the new GLE's abundance of standard safety features. All versions have blind spot monitoring, active brake aid, a rearview camera, and a monitor for driver attentiveness. Mercedes' Pre-Safe technology is also included as a standard feature. As soon as this system detects an oncoming collision, it will tighten seatbelts, close windows, and even protect passengers' hearing in the event of an accident.

Driving the 2020 Mercedes-Benz GLE might make drivers more aware of the vehicle's shifting than they'd prefer. However, it would be an exaggeration to suggest that this car shifts erratically. While some GLE owners will rapidly adapt to the car's shifting, others may not even notice it.

While having a lot of options is usually a good thing, drivers should be careful that the GLE's entertainment system does not distract them from the road ahead of their attention spans. The menus have a lot of depth, which can be a little confusing at first.

No one anticipates that a Mercedes will be inexpensive. However, purchasers should be aware of how quickly the cost of additional features might climb. The entry-level model, on the other hand, is well-equipped and will likely meet the needs of most buyers. 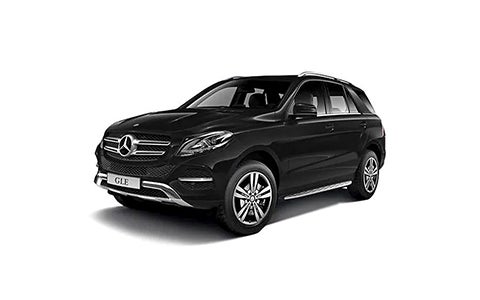 Large and stylish, the Mercedes-Benz GLE is most known for its thick C-pillar and wraparound rear windows. Because of its long wheelbase, the GLE's cabin is spacious and airy. Rear-seat occupants have plenty of room to spread out. Although there isn't a power-adjustable second row in the six-cylinder models, the inside space is ample and the trunk is spacious. Merc's MBUX touchscreen system, which looks beautiful and is easy to use, provides the vehicle's infotainment. Burmester hi-fi audio systems are also available on six-cylinder variants.

The Mercedes-Benz GLE lineup begins with the GLE 300d, which is equipped with a 2.0-litre, four-cylinder diesel engine producing 245 horsepower. While it lacks some features and has only marginally more power, the cheaper price makes this an appealing offer, and it's probable that this will be the preferred model for the majority of customers. If money is no object, the six-cylinder 400d is the one to go for, with its smooth performance and stunning refinement. Under strong acceleration, the 450's six-cylinder petrol engine produces 22 horsepower and 250 pound-feet of torque thanks to an ISG. This is the one for you if you're looking to polish your appearance.

The GLE 300d, with its steel springs (and smaller 19-inch wheels), lacks the extra plushness provided by the air suspension of the 400d and 450. No cars have adjustable suspension: therefore, the ride quality cannot be firmed up for better agility. Thus, while the GLE is easy to manoeuvre, it lacks a sporting ring to its name.