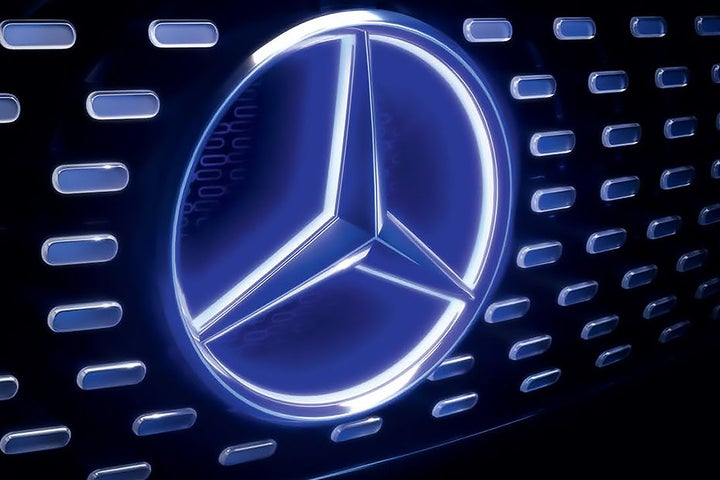 Mercedes-Benz had seven generations of the S-Class. It was first introduced in the early 1970s, although its DNA dates back over two decades. The S-Class has been a pioneer in the automotive industry since its introduction in 1972. It set the standard for safety, comfort, convenience, technology, engineering, and design by including 'first in industry' features.

The amazing part is that the Mercedes-Benz S-Class was so far ahead of its time that it took almost a decade for it to become obsolete for a new S-Class to be developed. Consumer expectations and rapidly evolving technology, on the other hand, have changed everything, and in the previous several decades, we've seen more frequent refreshes and upgrades.

The latest model S-Class for the Indian vehicle market is a long-wheelbase version (V223) which has increased by 51 mm compared to the outgoing version (V222). Length, width and height have also increased marginally though it would take a very keen eye to identify the design changes.

The 3 litres in-line 6-cylinder turbo-petrol engine in the 450 4MATIC Mercedes-Benz S-Class S generates 367bhp and 500 Nm of peak torque, while the 2,925cc in-line 6-cylinder diesel engine in the Mercedes-Benz S-Class S 350d produces 286bhp and 600 Nm of peak torque. Both engines are connected to a 9-speed automatic transmission gearbox that distributes power to all four axles.

The petrol version goes from a standstill to 100 kmph in 5.1 seconds, while the diesel version takes 6.4 seconds, with a peak speed of 250 kmph for both automobiles.

Mercedes-flagship Benz's car is the S-Class. The W116 variant of the S-Class was initially launched in 1972. It has always been recognized as Mercedes-top-of-the-line Benz's model and has been used ever since.

The model is available in five different colours: Onyx Black, Designo Diamond White, Emerald Green, Anthracite Blue and Rubellite Red. Due to the increasing popularity of the S-Class in India, Mercedes-Benz India opted to introduce the assembly of the S-Class through the Completely Knocked-Don Units (CKD) technique, which has resulted in considerable price reductions for the S-Class in the Indian market. Mercedes-Benz finally launched the locally assembled seventh-generation S-Class in India in 2021. They reduced the price of the 2021 S-Class to Rs 1.57 crore (ex-showroom, Delhi), saving up to Rs 60 lakh. The locally produced vehicle is available in two broad variants: S350d and S450, with both petrol and diesel engines. The S400d, available in the imported Launch Edition, is no longer available. The Mercedes S-Class currently costs between Rs 1.57 and Rs 1.62 crore (ex-showroom, Delhi). It's now a far more feasible alternative compared to the Audi A8L and the BMW 7 Series. 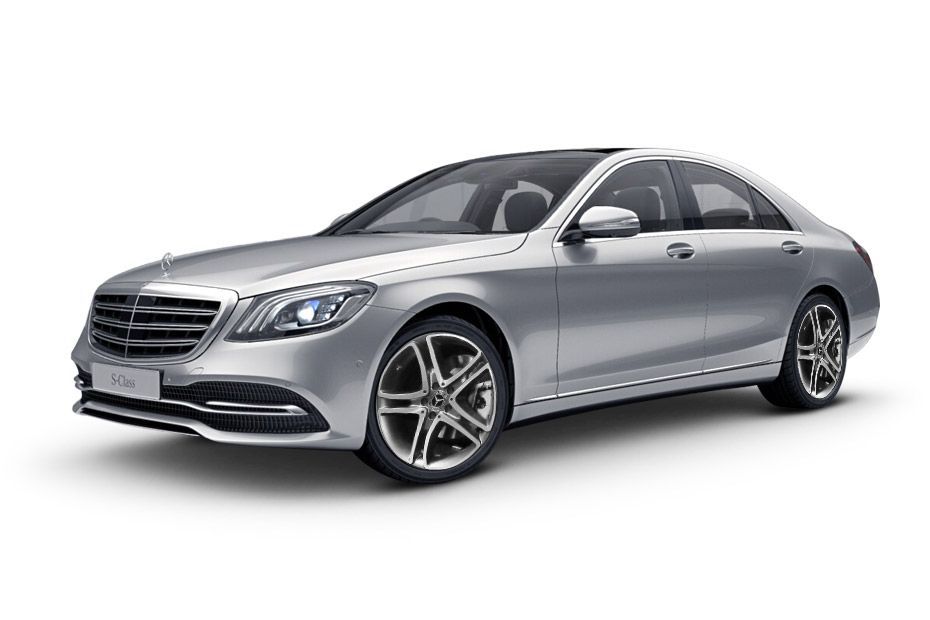 The new pair of headlights in the 2021 model operates in a remarkable way, with over one million pixels per headlamp, thanks to a million micromirrors array. This effectively implies that by combining both headlights, you may get clarity of 2 million pixels, which is comparable to the clarity of a full HD or 1080p television display.

The intelligent headlight system receives inputs from the cameras and sensors, which specify how bright or dim the lighting should be, which areas should be illuminated, and where incoming cars should not be disturbed.

The air-conditioning vents on the edges are well-placed, as they aim upwards rather than straight at the occupants, despite the fact that they guide air in all directions.

As one might attempt to conduct a lane change manoeuvre, the blind spot warning function causes the LED light beam surrounding the A-pillar to flash red to notify the driver of a car in your blind spot.

The latest S-Class model is equipped with the NTG (New Telematic Generation) 7 MBUX, which offers enhanced connection and security via fingerprint identification. One may also choose from a variety of mood settings that change the lighting in the cabin, the ambient music, the perfume, and even the visuals on the instrument cluster and touch screen.

When locked, the flush door handles don't exactly sink into the door entirely; there is a tiny amount that still sticks out, which looks a bit lumpish. The door handles also feature keyless entry, but it's a bit tricky to get the system working seamlessly since the user cannot figure out where exactly to place a finger on the door handle to unlock it.

The large number of features controlled through the touch screen is a tad overwhelming and might take a few weeks to get familiar with them. 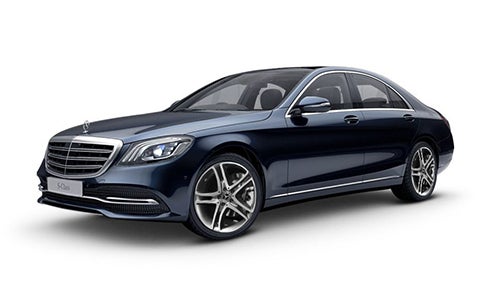 Without question, the next Mercedes-Benz S-Class model for 2021 is a terrific car to lounge in, but it is also a thrilling car to drive. It's hardly surprising that Mercedes boasts this is a 5.4-second sedan to the tonne. This is a roughly two-and-a-half-ton ballistic missile in sport mode. The diesel engine is no wimp; it quickly gets up speed and does it with ease.

But it's not only the engine; owing to the significant usage of aluminium and other high strength and press-hardened steel alloys, the chassis has been substantially modified to reduce weight by 60 kgs while increasing stiffness. And it makes this 5.2-metre sedan dance like an expert, with no body roll, pitch, or yaw. This car has linearity about it that's difficult to explain, especially when pushed hard. When you hit the brakes hard, you can feel the car's weight, but the directness of the handling and the accuracy with which it bends into a corner is appreciable.

The most recent model has caught up to its predecessors and has maintained its status as an industry leader. It has proven to be a pioneer in safety systems, rear-seat airbags, new automotive lighting providing driver assistance, IOT technology, and comfort-packed luxuries. Overall, it's a pretty enticing gift to welcome into the garage.