Launched by BMW in 2013, the Mini Cooper 5 Door is the third generation Mini to start selling in 2014. It was launched in India in November 2014 and was discontinued in May 2020, although the variant is still active in the international market.

This vehicle was rolled out along with the Mini Cooper 3 Door and was about 6 inches longer and 86.2 kg heavier in comparison.

The last recorded selling price for the topmost model Mini Cooper 5 Door was INR 39 Lakh, while the starting was INR 33.3 Lakh.

Although the 3rd generation Mini was available in 6 engine variants, the Mini Cooper 5 Door offered a 1.5-litre 12 V Turbo diesel engine, in the Indian market, with a displacement of 1496 cc. It has three cylinders with four valves per cylinder.

It presents an average mileage of about 18 kmpl within the city and 21.15 kmpl under ideal conditions.

The fuel tank has the capacity to hold 44 litres of diesel.

The Mini Cooper 5 Door has a fully automatic 6-speed gearbox.

The suspension is a multiple control arm rear axle and a single-joint spring strut front axle.

The Mini Cooper 5 Door is the first ‘Mini’ with four doors and a spacious boot at the back. Even though it is larger than the original Mini, it did receive a fair share of backlash from the ardent loyalists of the original Mini Cooper. However, its longer and wider size is one of the top features of the Mini Cooper 5 Door. First launched in 2013, it has been discontinued as of May 2020 and is no longer in production.

BMW’s Mini has been an iconic symbol of a compact car that oozes elegance and comfort. Mini Cooper’s styling is one of the most desirable highlights of this vehicle.

The sunroof in the Mini Cooper 5 Door adds to the charm of the design.

The infotainment system of the Mini Cooper 5 Door is an excellent addition to this model. It replaces the speedometer to take centre stage at the front of the car. The LED display adds an expensive feel to the car’s already stunning interiors, and the easy to operate controls provides the driver with a hassle-free ride.

It could be considered amongst the most fuel-efficient hatchbacks with a mileage of 21.15 kmpl.

The engine is underpowered, making it slower when compared to its competitors, especially on the Indian Road.

There is no petrol engine option available for the Indian market.

The engine is slightly noisy.

The price is high as compared to similar cars by competitors.

It did not offer a considerable advantage over its own Mini 3 Door, dividing consumers between two of its own models. 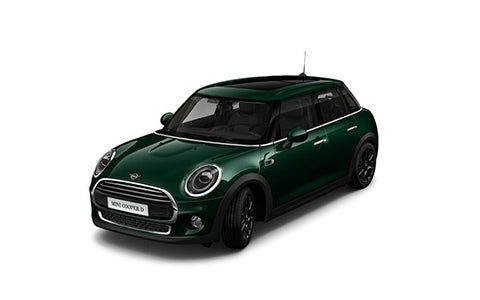 The Mini Cooper 5 Door seemed like an experimental vehicle from the German luxury automobile company BMW. This car left many bewildered with identical-looking exteriors as the 3 Door version with a slightly bigger frame. However, people who drove the Mini Cooper 5 Door were quite impressed with the vehicle’s spaciousness. The extra room did offer the opportunity to comfortably seat four adults and even five people without much hassle.

One of its best features is its sleek and swanky internal design. The huge speedometer dial is shifted toward the driver and is replaced with the infotainment display. The ambient lighting made the interiors look as funky as a nightclub!

It has six airbags—at the front driver side, at the front passenger side and covering the rear passengers’ side. The Mini Cooper 5 Door is equipped with child safety locks, an anti-lock braking system, traction control, an electronic stability program, electronic brake-force distribution, and an engine immobiliser. The interiors were fitted with a fully automatic temperature control system, making it a comfortable space for passengers and drivers alike.

Killer looks with substantial boot space, the Mini Cooper 5 Door is ideal for a small family, a couple, or an individual who enjoys a statement vehicle. The BMW Mini has a ‘Wow factor’, and this Mini Cooper 5 Door, although not as charming as the original, does carry forward the genetically popular good looks of the brand.