Japanese automotive giant Mitsubishi entered the Indian automotive market in a joint venture with Hindustan Motors, back in 1998. The company set up its factory in Tamil Nadu’s Thiruvallur. Their most successful car models are Mitsubishi Lancer and Mitsubishi Pajero. With time, they have moved towards manufacturing some of the best SUVs available in India. Currently, Pajero Sport and Outlander are the most successful car models of Mitsubishi.
You will find lots of Mitsubishi used cars in India as the Lancers were the absolute favorite of the middle-to-high range customers earlier. Their resale price depends upon a wide array of factors including kilometers run, the overall condition of the car, availability of the spare parts, model year, and many more. The owners of Mitsubishi second-hand cars can conveniently sell at CARS24 alongside get great value.

Mitsubishi Pajero and Mitsubishi Lancer are highly popular cars in India. The company’s initial sales growth came from the Lancer car model, followed by Pajero in the latter years. These Mitsubishi used cars in India still run on the Indian roads in quite a decent condition, due to its solid built quality standards.

If you want to sell your used Mitsubishi car, you can sell it to CARS24 to get good value. However, it should be mentioned here that the resale value of the Mitsubishi used cars were adversely affected by the lack of spare parts availability. Another factor that has affected the resale value of the old cars of this manufacturer is the availability of more advanced vehicles.

However, you can get the guaranteed best price for selling your Mitsubishi car by visiting the 120+ CARS24 branches scattered in 26 cities all over India. To know how you can sell your second hand Mitsubishi car to CARS24 and get the best price, you can book an appointment with them and a representative will help you understand the entire process.

The two Mitsubishi cars that are currently running on Indian roads are Mitsubishi Pajero and Mitsubishi Outlander.
Mitsubishi Lancer SLXd diesel 2.0 L engine as well as the Lancer SLXi 1.5 L petrol was introduced in the Indian market back in 2000. These cars came with high-end premium features such as foldable mirrors with automatic control, stereo systems with cassette & CD changing facility, 5-speed manual transmissions, body chassis (prepared to keep rally requirements in mind), leather seats, defoggers, cup holders, and many more.

In the year 2012, Mitsubishi came out with its redesigned Pajero Sport. With the all-new versatile SUV, the manufacturer was able to hold the frame. The SUV featured a 2.5 L DI-D Variable Geometrical Turbo Diesel engine that has been fused with a 5-speed AT or MT. While 2WD was available on the automatic version, the 4WD was available on the manual version.
In late 2014, the Pajero Sports SUV model got a cosmetic update. The model received a refreshed interior, bumpers, tailgates, and front grille. This model is successfully competing with Ford Endeavor, Toyota Fortuner, Mahindra Rexton, and other similar high-end SUVs.
Despite, low demand there are many Mitsubishi pre-owned cars in India that are available in the second-hand market. If you are one such proud owner of used Mitsubishi car, you can sell it at CARS24 for best value.

Mitsubishi Motors Corporation is an automotive manufacturing MNC, headquartered in Tokyo (Japan). Mitsubishi Motors is owned by both Mitsubishi keiretsu and Nissan. While the former holds a 66% stake of the company, rest 34% is held by the latter. Their first series of automobile production was Mitsubishi Model A. Japan’s first ever diesel engine was manufactured by them. While one was a 4-wheel drive passenger car, the other was the diesel-powered truck. Their first automotive model was a hand-built sedan model called Fiat Tipo 3. It was a 7-seater sedan.  In October 2016, Mitsubishi became a part of the Renault–Nissan–Mitsubishi Alliance. It is also a part of Japan’s Mitsubishi keiretsu.

Mitsubishi – What Makes It Unique?

Mitsubishi provides passenger cars in almost all car segments across the world. They are believed to manufacture and familiarize the world with some of the class-leading hi-tech SUVs. Their USP is best summarized by their tagline “Driven to Thrill”. Mitsubishi Pajero and Mitsubishi Outlander SUVs are some of the finest cars bestowed to the adventure loving enthusiast in India and to the world.
The Japan-based car brand has a cult following for its built quality, premium features, and immense capability on the off-road and on city/highway roads. They are built to last vehicles possess high durability, ruggedness, and reasonable fuel economy, which attract youth as well as adventure fanatics.

India has a burgeoning middle class. That’s why the young and happening young generation living in the urban landscape is backing the growth of the automobile industry in the country. While the demand for new cars has increased, the used car market is witnessing a far greater demand. The younger generations are looking for high-quality SUVs to feel the thrill.

However, a larger part of the younger generation can’t afford new SUVs. That’s why they prefer Mitsubishi used cars, which lets them enjoy the thrill at an affordable cost.
The most preferred Mitsubishi second-hand cars include Lancer, Pajero, and Outlander. If you have any of these car models, you can sell the used Mitsubishi car. In some cases, the availability of spare parts may crop up as a problem. It may bring down the resale value of the second-hand car. To avoid any such problem, you can sell your second hand Mitsubishi car at the guaranteed best price at CARS24. 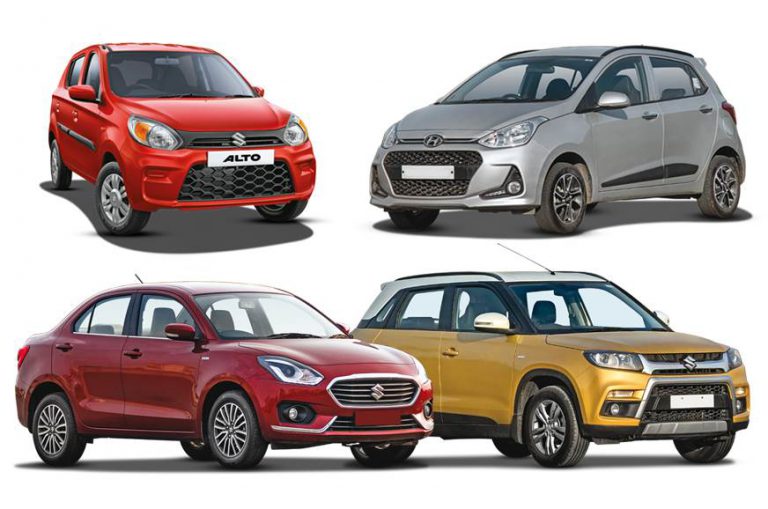