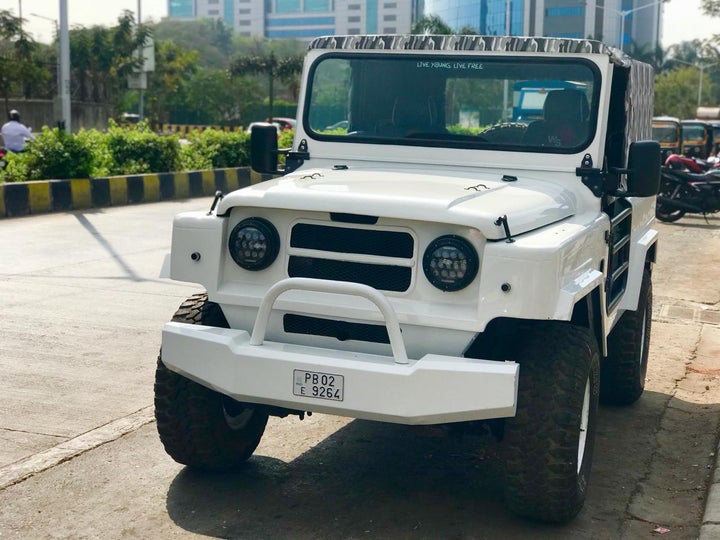 In the 1960s, the Indian army took an interest in Nissan Patrol P60 and Nissan P4W73 cars after the Sino-Indian war. They felt a need to invest in Japanese automaker (Nissan) jeeps. Nissan then licensed the VFJ (Vehicle Factory Jabalpur) to produce Jonga in India. This move was crucial to equip the military, fire and health workers in the Indian army with a full-power beast.

The name Jonga was an acronym derived from Jabalpur Ordnance aNd Guncarriage Assembly. There were three variants manufactured by the VFJ (Vehicle Factory Jabalpur) - Jonga, Nissan’s 1-ton carrier and Jonga 3 ton Shaktiman truck.

Jonga came with a 6-cylinder, 3956 cc petrol in-line engine, which was BS III compliant. This beast produced 110 BHP and a thrilling torque of 264 Nm. It had a 3-speed gearbox for manual transmission with a 2-speed shift on the 4WD, becoming the fastest beast in the jeep market.

In 1996, the petrol version of the SUV was replaced with a diesel, which was sourced from Ashok Leyland. Later on, in the 1980s, their demand became short in the Indian army. As a result, the VFJ pushed the SUV to the civilian market, where only 100 SUVs were sold, and the carmakers had to cease production.

From 1993 to 1996, the engine used in Jonga was taken from Hitachi. After 1996, this car was rolled out to civilians with a 3 litre Hino engine. The car manufacturer stopped their production in January 1999. The last recorded price of the diesel variant of this SUV was 6 lacs.

Jonga was one of the most decorated and rugged vehicles for the Indian Army after World War II. This beast was built to suit the rocky terrains of the Himalayan borders. In spite of its toughness, the Jonga is quite comfortable and has a vintage charm. Talking about the features, its massive grille, spacious legroom and hardcore in-line engine are some few top-notch USPs of this jeep. It was a carrier for patrolling, carrying guns, and driving around unkempt terrain. The so-called dashing Jonga 1 ton also made it to the news in 2019 as it was bought by a former international cricketer, MS Dhoni, which made it even popular among the public.

The latest update was given to the SUV in 1996 when it was rolled out to civilians with a 3 litre Hino engine. Before that, the beast had a Hitachi’s engine, which was used for the Indian Army. The car’s variants were: Jonga, Jonga 1 ton and 3-ton Shaktiman truck (mid-sized). There were fewer colour options as Jonga was an army SUV. The colours used were in shades of green, for example, emerald or bright green. While rolling out the 3 litre Hino engine, the carmakers had introduced the SUV in a range of colours other than green. This civilian version had a hard top, unlike the army version of the SUV.

The current rivals of the car are the KIA Sonet, Mahindra’s Thar and Tata’s Punch.

The powerful yet masculine design of the model made it the most popular choice for car enthusiasts.

The exterior and interiors of the SUV gave severe competition to the Mahindra’s jeep or gypsies during the ’60s. The less redundant army style of this box-shaped car set’s this jeep apart.

Nissan’s Jonga was a multipurpose vehicle. Most of the variants of Jonga could be converted into an ambulance, gun carrier or a Reiki vehicle as per the situation.

It was a perfect 4x4 army vehicle with enough boot space of 2 litres. The jeep was a 5 seater, which could be converted into a 6 or 8 seater.

When VFJ lowered the turbo power, this reduced the torque figures to 110 BHP at 280 Nm. This was not taken well in the civilian SUV market, and Jonga was withdrawn from the market.

It had basic safety features like hydraulic front and rear brakes, which made it less of an appeal to the civilians.

The petrol version of the SUV was more capable than the diesel version.

The manual transmission gearbox did not rev up the car as intended. 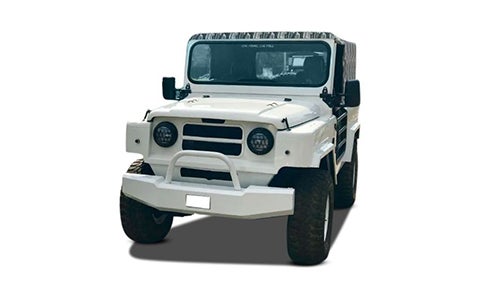 Jonga is a reliable ride in any weather. It has helped various army officers across states by being more than just a vehicle of transport. But, as and when time changes, the engine and power compliances change too. Due to this, Jonga has moved away from the shores of Indian soil.

There are one too many things that make Jonga more memorable than ever. Firstly, the power. No jeep during the 1960s could top that immense vigour of 110 BHP. If you are someone who loves to drive on difficult altitudes, then, Jonga could be your go-to jeep. Secondly, its high ground clearance of 222 mm made it highly suitable for all kinds of purposes, for example, patrolling, commuting and climbing tricky terrain. Thirdly, its modern features like Air conditioning (AC), power steering, leather seats and an infotainment system made Jonga a comfortable ride.

This four-legged beast has been out of business for more than a decade. None of the new competitors can match the design and concept offered by Jonga. It came into existence to climb the toughest terrain within our nation, and it does that without much effort even today. If you ever wish to own a powerful-rugged jeep, then do go for a shiny emerald-coloured Jonga. It will not disappoint you.

It is a task to track and purchase such SUVs, as most of them might be sitting in a junkyard. But, if mighty Jonga ever makes a comeback in the jeep market then, it will surely be in a neck to neck fight with all its current rivals.