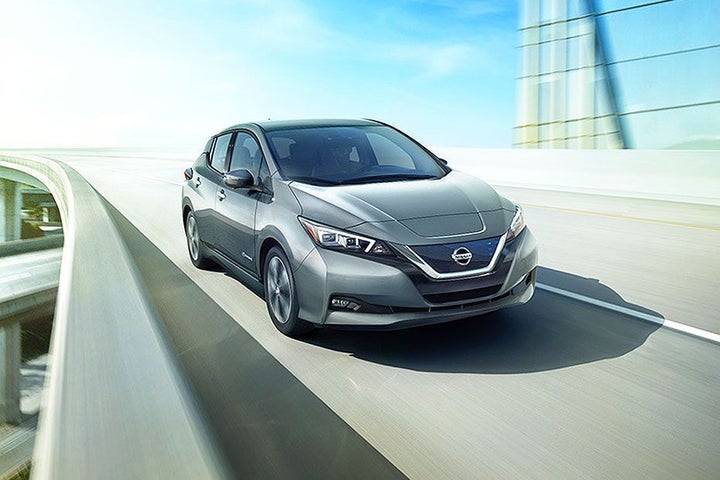 This electric car was first launched in December 2010 in Japan and in the US. Back when there weren’t many electric cars, Nissan was one of the pioneers in the technology.

The current version of Leaf is in its second generation. This second-generation version was introduced during October 2017, for the 2018 model year, in Japan and consequently delivered during February 2018 in the US and Europe.

When it launches in India, its standard features like central locking and a 7-inch touchscreen, electric seat adjustment, leather seats, power windows, six airbags, ABS and a Bose sound system are still expected to be included.

The leg-room inside the car is quite comfortable, and so are the seats. The cargo area in the rear is one thing everyone would notice because it has a good space.

It has a 40 kWh battery pack with an EPA-rated range of 243 km. It manages to exert about 147 hp and 320 newton-metres of torque. This battery pack can take the Nissan Leaf up to 400 km with a single charge. Charging takes from 8-16 hours, depending on the power capacity, and it also has a fast-charging system that can give 80% battery time in just 40 minutes.

It is an all-electric vehicle which means its powertrain doesn’t have a tailpipe.

The Nissan Leaf has 1-speed direct drive. This means it uses a single-speed gearbox to transmit power to the front drive wheels. One of the significant advantages of this is its increased positional, speed and dynamic accuracy.

Nissan Leaf is a compact hatchback battery electric vehicle, and its latest version, the 2021 Nissan Leaf, is in its second generation. Nissan Leaf hasn’t been launched in India yet and is expected to be launched in early 2022. The car was initially launched in December 2010 as an electric car. The current version will be available in deep blue pearl, gun metallic, pearl white, pearl with solid black roof, scarlet ember, sunset drift and super black. The high point of the vehicle is that apart from attaining zero-emission, there are advanced technologies such as ProPilot semi-autonomous driving system and e-pedal. ProPilot technology is a semi-autonomous driving system for highway use in a single lane, as it detects lane markings and the preceding car and assists the driver in heavy highway traffic. The advanced tech would ease the driver from the constant stop-and-go ritual in bumper-to-bumper traffic. The other technology, e-Pedal, allows the driver to drive the vehicle with just one pedal while on cruise control. While pressing down on the e-Pedal allows you to accelerate, removing your foot brings the car to a halt. Another feature worth mentioning is that its 40 kWh battery can take it up to 400 km on a single charge. It is believed the all-electric car will be in the upwards of Rs30 lakh when it is launched in India somewhere in February next year. The Nissan Leaf will rival Superb, Q2 and Tiguan Allspace. With its zero-emission tag and technologies, the company thinks it could outshine all other electric vehicles on Indian roads.

Its semi-autonomous ProPilot driving system is an advantage over rivals because this feature would help the driver manoeuvre the vehicle on a heavy traffic highway.

Its e-Pedal is also a brownie point because it would do away with the tremendous effort of constantly using the brake pedal and the accelerator in a traffic jam.

Since it’s one of the pioneers in electric vehicles, Nissan is unlikely to miss the technology part, which forms the crucial part of the demands of a tech-savvy customer with connected car technology.

The finishing of the interiors will be slightly disappointing that you would expect from a sedan nowadays in the market.

For a car to be in the league of thirty-plus lakhs in the country, it is a little high-priced and inconvenient because of the scarcity of charging points.

With more utility features offered inside the car, the vehicle should maintain a decent price and try to compete with Audi Q2 or Volkswagen Tiguan Allspace or Skoda Superb.

The e-Pedal is innovative, but it can also confuse drivers about how the car accelerates while using e-Pedal. The system of braking the car as the driver takes his/her feet off the pedal is a tricky thing. 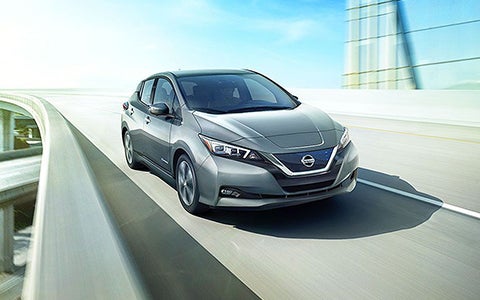 The Nissan Leaf is unrivalled in family practicality. This e-car would indeed be ideal for an Indian family because everything is practical for usage and the design, too, has somehow adapted to the conventional look of a sedan. So from the outside, it would look like a conventional sedan with ICE but inside, you have all the advantages of an all-electric car plus the advanced technologies.

The price of the car is slightly high but in the long term, the environment-friendly functionality and the economy on commuting are far more striking than to be ignored.

When we first compare the Leaf with the best-selling e-vehicle, Tesla, it does not fare as much as the latter. Still, on the flip side, the familiarity of the interiors might just click with an Indian driver and the idea of making a Tesla here is still far off.

The best features are its new conventional look rather than the first original look, its battery which can take up to 400km with a single charge and its advanced technologies.

It is best suited for an average Indian family with its 5-seat capacity and huge boot space with all these features and good looks. Some of these features which could be mentioned are the central locking system, six airbags, ABS, EBD, ProPilot driving system and ProPilot Park. All these safety features, in addition to being an all-electric car, are the reasons why an average petrolhead shouldn’t miss this.