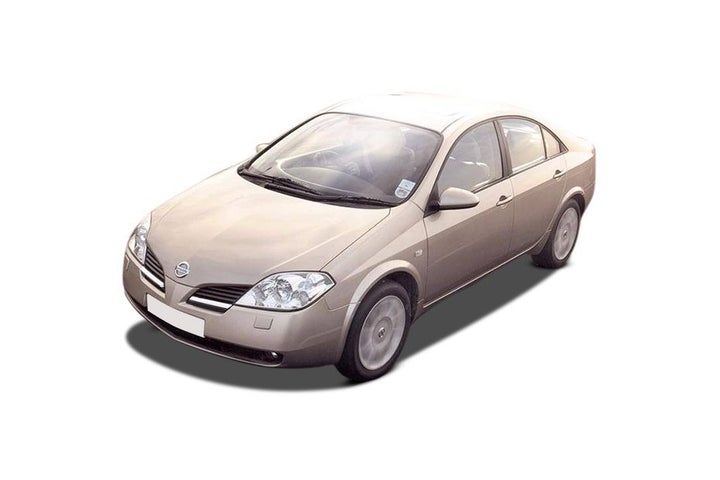 The production timeline of Nissan Primera sedan is dated between 1990 to 2007. With the generation being introduced in 1990 it was well received in the European market with its sleek and classy design. It was a milestone for a Japanese company to make inroads in the European automobile markets.

The automaker Nissan from Japan is associated with quality and technology. The talking point of the Primera is the well crafted design which puts all of its competitors to the shadow with its classy and standard mainted design. And hence could make it big in the European markets by a Asia automaker.

Looking under the hood the Primera engine is clock from 1769 CC to 2184 CC according to the model. The powerful engine also delivers a maximum HP of 150 and average of 90 and a top speed of 220 km/h and an average speed of 180 km/h.

To understand the mechanical features of Nissan Primera the sedan has 4 cylinders and the valves per cylinder is 4 with two types of transmission both manual and automatic.

The fuel capacity of the sedan is large enough for multiple purposes with a capacity of 72 litres for you to take it out for a spin with no hurdles.

Nissan rolled out its first generation Primera around the 1990s with the objective to deliver the customer demands for satisfaction for comfortness and a powerful running performance, a sedan that has it all. When you owned a Nissan Primera you owned a luxury family car that maintained international standards. The timeline for the Primera manufactured by Nissan was between 1990 to 2007 produced as a new generation sedan. When the Primera was released it was rated highly for its incorporation of high technology and controllability. With no doubt the sedan offered a spacious interior and surprisingly spacious luggage room. The introduction of Primera came as a major breakthrough in the European market, a game changer by the maker from Japan.

To deconstruct the specification of Nissan Primera it comes with both Manual and Automatic transmission conditional on the Primers model and the fuel type. Highlighting the engine under the hood, the Primera offers five types of petrol engine: 1769 cc, 1789 cc, 1974 cc, 1998 cc, and 2184 cc. Though the production of the Primera has been surprisingly discontinued, the affordable price of the spacious sedan is around Rs. 10 lakh as a starting price. The first generation Primera outshined other existing sedans making its competitors' design look outdated and old fashioned.

To understand the different model of Primera introduced by NIssan. Primarily it has three variants that are manufactured by the Japanese company the P10, P11, and P12. Other than the sedan model Nissan Primera also comes in Hatchback and Wagon model which is available in P10, P11,P12 variants.

From all the pros to start with, the design of the sedan is to talk about. A sedan crafted to meet the standard in the European market, a classy design to compete in the league.

As an automobile produced to be sold in the European market the petrol run fuel is a strategic move and another factor to buy this sedan at this price range.

Mentioning the price range for Primera it is an affordable and luxury sedan which is costing around 10.0 lakh in Indian rupees.

Now discussing the feature offered by Nissan Primera considering the price and if a trusted customer should buy this or consider it as an option. Evaluating the engine power which at highest clocks at 2184 this is definitely not just a good but a great buy, value for money.

The overall most attractive feature of the Primera remains its interior and exterior outshined well crafted engineering. The spacious interior with the latest available technology is the first factor to consider the Nissan Primera.

Another highlight would be the huge fuel tank capacity which can be filled upto 72 litre making a sedan for all the needs and drive.

The first cons for Primera to discuss would be some good options available in this price range that could be considered.

Mahindra XUV 700, KIA Seltos, and Mahindra Thar are some of the alternative option available at the same price range

A product produced particularly for the European market makes it difficult for the general customer. 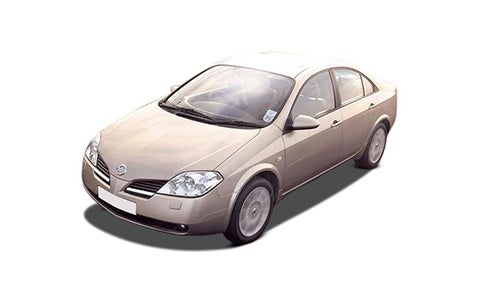 When it comes to the reviews from the experts on automobiles the Nissan Primera is level with the premium sedan cars available in the markets and the review is an overview of what Primera feature offers. From as much data available in terms of rating experts have highly rated Primera which shows a 4 and half star rating out of 5. In the words of the automobile pundits the design of the body is tailored with the Munich designed Studio. Adding to the comments on the design some experts have pointed out that the exterior body is soothingly swoopy with a touch of European feel which makes it desirable in the European market after all it is crafted to meet the European standards. Looking at it closely experts say the rear three-quarter view gives a high-haunched look and feel with the curves, bevels, and planes being very well balanced.

Furthermore, according to expert observations Primera comes with a very decent road presence. It is longer, taller and wider and moreover uses many tricky and smart packaging tricks out of the sleeves to maintain the spacious interior. Paralleling counter to many designs of the suitable time the four and five doors cars have been models to look nigh-on identical and attractive. Analysing the technology on the interior experts are impressed with it as it comes with climate-controlled air conditioning, front, side and curtain airbags, a 6-speaker CD stereo, a trip computer, electric mirrors, remote central locking, front electric windows and ABS.