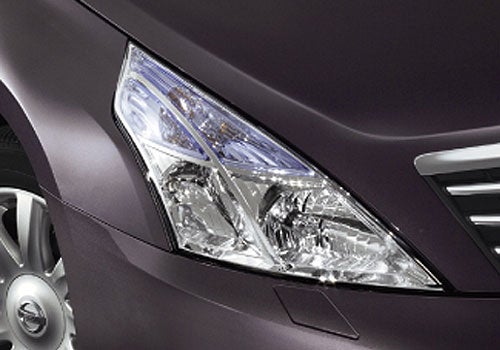 Nissan Teana, the deluxe four-wheeler, came in a petrol engine and was brought to India as a completely built unit (CBU). The costly Teana is also known as the Nissan Altima in the US market. The fuel efficiency of Nissan Teana is priced at Rs 21.46 lakh-Rs 25.91 lakh (ex-showroom Delhi).

The car is equipped with an engine type of V-Shaped Petrol Engine, which produces 179.5bhp and 6000rpm.

It is included with the automatic transmission type and the other types too.

This beast comes with a five-seater with adjustable headlights and fog lights. It has alloy wheels, and the mirror comes with tinted glass and mirror turn indicators.

The car was first released in February 2003 in the Japanese market with a sedan companion, the Nissan Murano. This car can also be customized with internet-based telematics and GPS navigation; all these were exclusively available for Japanese drivers.

This vehicle is a mid-size Sedan manufactured by Nissan, a well-known Japanese automaker. This car was sold in some places with other names, like the Nissan Maxima and Nissan Cefiro. It rides on the same platform as the Nissan Maxima and Altima. Later, the Teana began to share its platform with the Renault Latitude and Renault Laguna in most of Europe, the Middle East, Africa, and the Renault Samsung SM5 in Southeast Asia.

The price range varies from Rs. 21.14 Lakh- 24.89 Lakh. The Teana is equipped with an engine of 2349cc or 1998cc or 3498cc, depending on different trim levels, matched to automatic transmissions. Only the power outputs vary between various markets. This car was firstly based on the Nissan FF-L platform. Later on, in December 2005, Teana received its new headlights and tail lights, chrome trimming on the bumpers, enlarged fog lights with front leg rests, and newly designed gauges. A disappointment was that the car became shortened slightly; as a result, clear rear turn signals were replaced by the amber ones.

The car has 2 Petrol Engines on offer. The Petrol engine is 2496 cc and 2349 cc. It is also available with Automatic transmission. The Teana has an all-over mileage between 9.1 to 11.07 km, depending on the variant and the fuel type. The ground clearance is 145 mm. The Teana is a five-seater six-cylinder car with a length of 4850mm, a width of 1795mm, and a wheelbase of 2775mm. 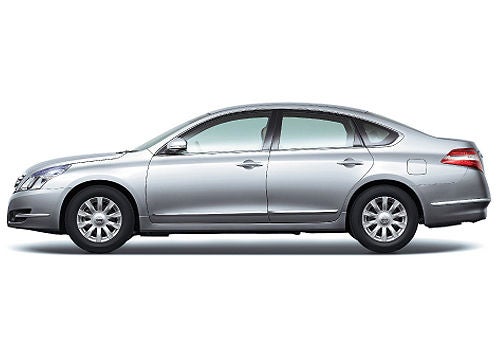 It is classy and luxurious because of its features and looks.

Interiors are well finished with leather seats and auto air conditioning dual-zone, which makes it comfortable for the passengers to travel.

It has a top class award-winning VQ V6 engine, making it smoother and sporty sounding to drive.

Front seats are electrically adjustable, which gives the driver as well as the passenger a more classy feel.

Push key ignition, thus more security to the car and no more fear of losing the keys.

The suspension absorbs almost all types of shocks, so a smooth driving experience

The XV model has a lot more additional features as compared to the other models.

XV Variant is overpriced even if it gives more features.

A few more features could be added for this price.

There is no manual mode available.

Over time, the push key ignition system may wear out.

Electronic parking brakes are unavailable, being new to the market.·

Mileage could be better for such an overpriced vehicle.·

There are 6 speakers inside but the audio system is not up to the mark considering its pricing.

If you want to resell it, then you would have to bear some loss. 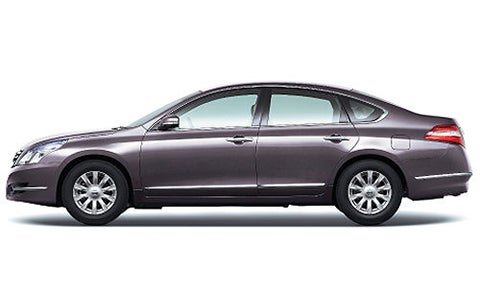 This is one of the luxurious cars made by Nissan. An ignition button with electrically adjustable seats makes it stylish and cool. The only thing is it is a little overpriced as you can quickly get much more features and that too at cheaper rates. The leather seats make the journey comfortable for the passengers too. It also has a feature to do automatic checkups.

Taking Teana for long drives is also quite comfortable. Sometimes driving other cars for a longer duration of time makes the driver or passengers motion sick, but in this case, the comfortable seats make it a happy and exciting journey. Even though the car has six speakers, the preinstalled audio system isn’t up to the mark.

This car can easily attain up to 100 kmph in just 12 seconds and go up to 200. Also, it has CVT control which analyses the speed and cornering, then it applies the Adaptive shift control and then selects the best pattern for natural, precise shifting. All these features let you drive the car smoothly with little to worry about.

The console is also quite simple and classy. The suspensions make the ride so smooth that only sharp and edgy bumpers slightly change. In conclusion, we can say that the car is best suited for a family because of the comfortable leather seats and ample space for the luggage. Also, proper servicing and care will maintain the car’s mileage for a longer time.