Tata Motors produces the Tata Altroz, a subcompact car/supermini. The Altroz was divulged at the 89th Geneva Universal Engine Appear near the unused Buzzard, Buzzard Wear, and H2X compact SUV concepts. It was released at the Indian showcase on January 22, 2020. The title "Altroz" was propelled by the title of a bird species, the albatross.

· For the time being, only a 5-speed manual transmission is available, with a wet-clutch DCT automatic transmission as an option.

Tata Motors will launch numerous electric vehicles in the coming years, including the Altroz EV. After the Tiago EV, Tigor EV, and the increasingly popular Nexon EV, this is the Indian brand's fourth electric vehicle in the country.

The new Altroz EV will also be the brand's first vehicle built on the ALFA platform, and the battery pack, like the Nexon, will be liquid-cooled for maximum efficiency. The brand's 'Ziptron' electric engine will be used in the new Altroz electric-only edition, delivered in the coming months. Although this powertrain is also used in the Nexon EV, Tata Motors may add a battery pack to the future Altroz EV to boost range.

Tata may provide two range options for the Altroz EV, according to reports. The long-range model, which has a larger battery, is expected to travel over 400 kilometers on a single charge.

Tata intends to grow its market share in the electric 4-wheeler area, which is now over 60%, after selling around 3000 Nexon EV vehicles within a year of the vehicle's launch.

While this is true, the Tata Altroz EV will also offer a long-range option with a larger battery pack, which should increase the range by 25 to 40%.

The Tata Altroz EV has a cleaner funkier design than the Altroz. At the front, the top and lower grilles are replaced with closed-off gloss black panels and body-colored panels, respectively. The upper panel has an EV emblem in teal blue, while the below panel has the trademark tri-arrow motif. Instead of a full-width chrome strip, the bumper edge is adorned with a teal blue stripe.

Aside from the aforementioned 16-inch alloy wheels, the Tata Altroz EV also included LED headlamps, a semi-digital instrument cluster, blue ambient lighting, and a ZConnect touchscreen infotainment system Apple CarPlay and Android Auto, a wearable key, and much more. It should be noted that the standard variant does not come with LED headlamps. The Altroz EV is aimed at personal car buyers rather than fleet buyers. The trim selection will be limited, and even the base configuration will include a slew of appealing features.

With the Altroz EV, Tata Motors has made noticeable changes to an electric version for the first time. The dashboard has been redesigned, and the centre console's flow has been altered to create a "walk through" effect. The parking brake (electric) and drive selector are neatly integrated on the centre armrest, including a small storage compartment.

The Tata Altroz EV will feature EV-specific connected car functions controlled by the new Tata iRA app. In addition to the standard functions, it should be possible to check the charging status and time, battery-pack health, motor health, and charging history.

The Tata Altroz EV is likely to cost between 12 and 14 lakh rupees (ex-showroom). At the same time, the price is determined by the degree of powertrain localization.

It's rivals include the Mahindra eKUV and the Mahindra eXUV300. Since eKUV has been observed testing several times, it could be Mahindra's first vehicle to enter production. The Mahindra eKUV is expected to have a battery pack of around 20kWh and a range of 150 – 200 km. The price will be kept low, around Rs 9 lakhs (ex-showroom).

Mahindra will price the eXUV300 similarly to the Tata Nexon EV. It will have the same power and range as the Nexon EV. To differentiate itself from the ICE version, the Mahindra eXUV300 will have more premium features.

The introductory price is expected to be in the range of Rs 15-16 lakhs (ex-showroom).

The new Altroz EV will also be the brand's first vehicle to be built on the ALFA platform, and the battery pack, like the Nexon, will be liquid-cooled for maximum efficiency.

· The all-electric powertrain, on the other hand, is expected to be enjoyable to drive, with full torque available from the start. Furthermore, because the battery pack has been placed on the floor, the hatchback should have a lower gravity center, which should significantly improve handling dynamics.

· Tata claims that the Altroz EV has a range of 250 to 300 kilometres. While this has half the range of the regular version, it is more than adequate for your daily tasks.

· The weight of the EV will be similar to that of the ICE, which should help it be more efficient.

· The Tata Altroz EV will benefit from the Government of India's FAME-II benefits, lowering the price of the Altroz EV from the expected Rs 12 lakh to just Rs 10 lakh for the base variant.

· Tata Power and HPCL, the automaker's sister company, will install high-power charging stations at HPCL locations across the country.

· There are no emissions or pollution.

· A driving experience that is buttery smooth and almost noiseless

Problems With Charging - Ev necessitates charging stations, and for people to travel long distances, a strategically-located network of such stations is required. Furthermore, battery recharging frequently takes about 3 hours, which is in no way comparable to the efficiency of a gas refuel.

· Overloaded Batteries - The car's batteries are at the heart of all-electric vehicles. At the same time, because all other car accessories, such as radios and car air conditioners, use up electric power from batteries, they would quickly drain. And it takes time to recharge them!

· Expensive - The batteries which power EV vehicles are expensive.

· Not suitable for cities with power shortages

· Recharge Points - Electric fuelling stations are still in the early stages of development. There aren't many places you frequent daily that have electric vehicle charging facilities.

· There aren't as many model options available. 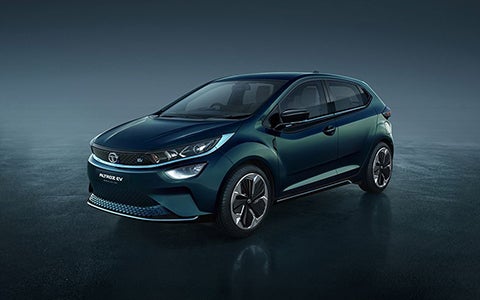 Experts in automobile evaluation When there is any news about Tata, they are impressed and excited. According to car experts, Tata is doing an excellent job for Indian markets and, with their futuristic vehicles, they hope to become the number one manufacturer in the coming years.

The Tata Altroz EV will be built on the brand's new Agile, Light, Flexible, and Advanced (ALFA) platform. It debuted at the 2019 Geneva Motor Show alongside its electric vehicle (EV) counterpart. Although no specifics about the Altroz EV have been released, we expect it to be available in India by 2021.

As per expert reviews, “The Altroz EV will have a single-speed gearbox and will be powered by a permanent magnet AC motor. Surprisingly, its battery can be charged up to 80% in just 60 minutes using a quick charge. With a 250-300 km range on a full charge, we anticipate that this EV will be an efficient electric vehicle. It appears to be an exciting proposition that will make its India debut in 2020-21.”