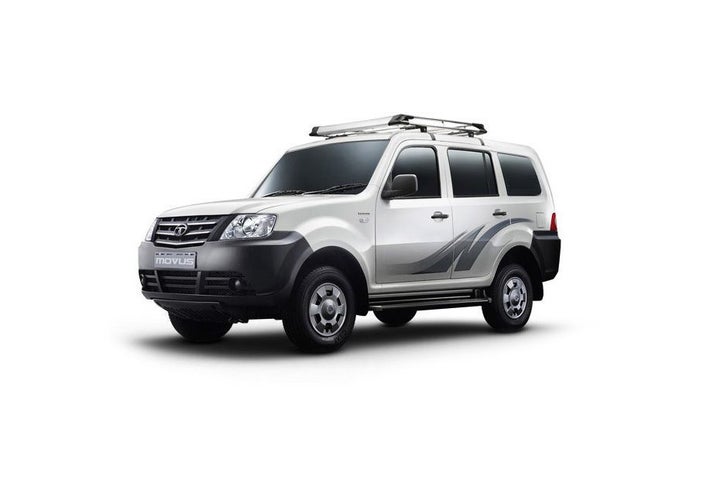 Tata Movus was launched in the SUV segment in 2014, but the brand planned to phase out the car in 2015 due to its sales reports.

There are 3 variants of Movus and 6 trims under which it is segmented. All the cars get the same engine and a manual gearbox.

The car was launched and available in just two colours, one being arctic silver and the other being arctic white.

The car is only available with a Diesel engine and no other options.

With Tata Movus, you also get power steering which was a rare feature back in 2014.

It also comes with a few entertainment features and comforting equipment as well. You can check for the best option before buying in terms of trims because there are a few features that the upper trims get and not the lower ones.

Tata Movus was launched in 2014 in the SUV segment. It starts at 7 lacs INR ex-showroom. There are several seating options, including 7, 8, and 9-seater variants. Those are the options that you get in this amazing car.

These three seating options or variants have the same engine specifications and other things. It is powered by a VARICOR 2.2 ltr engine (2179 cc) that delivers peak power and torque of 120 PS and 250 Nm, respectively. Tata Movus also has the best-in-class mileage that is 15.16 km/l. To make the car even better, Tata has given it a generous ground clearance which is 180 mm. The car has a tank capacity of 65 ltr which means you will not have to make rounds to the fuel station too often.

Tata also assures that the Movus has a low servicing cost and overall ownership cost. It is a very good utility vehicle that is also a benchmark of its time. The competitors of Movus include Mahindra Bolero Neo, Nissan Magnite, Mahindra Bolero, Force Gurkha, Maruti Suzuki S-Cross, Maruti Suzuki Ertiga, and Nissan Kicks. The variants of Tata Movus are CX, CX captain, CX 8-seater, LX, LX captain, and a few more. Although it might be difficult to get all the options, the aftermarket of cars still has this beautiful machine. 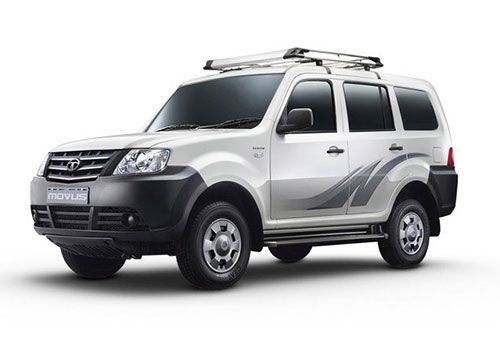 It is a reliable car, just like any other Tata car. Be it the safety or any other aspect, there is not a thing about this car that you will want to change.

Another great thing that this car has is the cabin space. Tata Movus has a huge cabin space that makes it comfortable for the front as well as back seaters. Your feet never feel cramped or congested. It increased the overall driving experience of the car.

Initially, when the car was launched in India, it was tagged with a 7 lacs ex-showroom price. A full-size SUV with a carrier on the roof, at this price, is a reasonable price.

Tata Movus has a low running cost, which makes it another wonderful pick. This car has a good mileage as compared to that of the others in competition.

Movus comes equipped with a powerful engine and a highly tuned suspension system. The system is tuned in such a way that even the widest potholes would not pose any problem to you.

Movus also comes equipped with multiple safety options, including some that have now become very important and integral.

Wherever plastic is used, the quality is not that good.

It misses out on a lot of safety features. 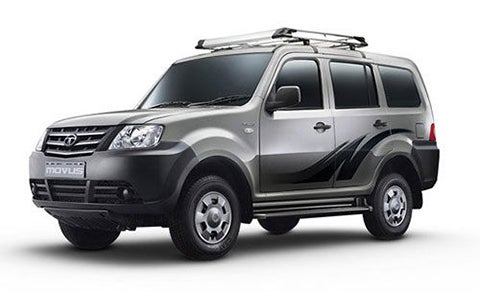 The overall comfort, handling, manoeuvrability, driving experience and being a value for money pick in terms of the car are completely amazing. Experts have also stated that Tata Movus is one of the best marking cars, a one that will be remembered for a long time. With the price tag it has, experts have also mentioned it has been a wonderful car since 2014. It is spacious and at par with the features that the car offers.

The car makes enough power and torque to give you a great family road trip, even in hill stations. Moreover, just like any other car, Tata Movus is excellent in the safety department as well. Another very interesting thing about this car is its suspension setup. It does not look like a buffed up car but has character as well.

The suspensions work amazing when the road turns bad and easily glides over the potholes. If you are looking for this car, you can get it easily in the aftermarket at a reasonable price. Not only it looks amazing, but it packs a punch whenever you drive it through the streets. It was one of those SUVs in the market that was able to make its presence felt. Last but not least, Movus has a feature similar to the current hill assist in that time which is why it is a perfect car for family goers even today.