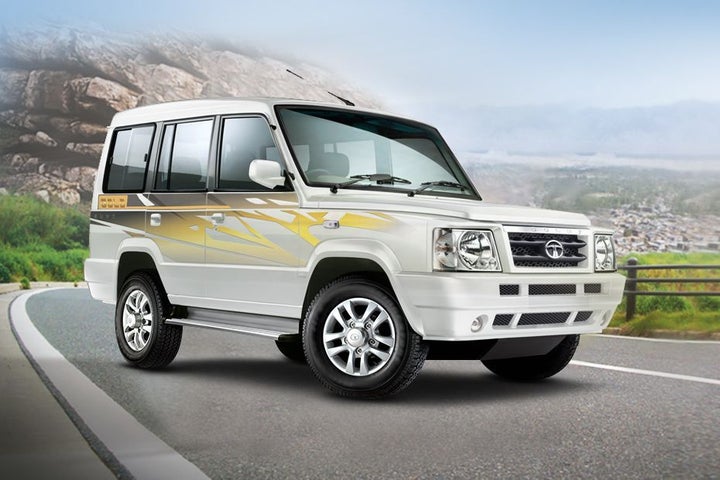 Some argue that the second generation Tata Sumo (consisting of Sumo Grande, Grande MK II, and Sumo Movus) should be called the successor of the Sumo first-gen, but it is not the case. The second generation was sold merely from 2008- 16, and the first generation (due to its immense popularity) outlived the newer Sumo(s) by lasting till 2019.

Tata Sumo Gold was sold in a front-engine rear WD configuration to the civilian market and a front-engine 4 WD setting to the defence forces. The car has a G76 five-speed manual gearbox that can take the car up to a top speed of 125 km/h.

It is powered by a 3-litre 2956-CC 4-cylinder diesel engine that is BS IV compliant up till its latest edition. Named as Dicor, this engine can produce 85 horsepower with a max torque of 250 Nm.

Although not very punchy to drive, the Sumo Gold is a comfortable ride owing to its spacious interiors and decent suspension & brakes. It uses a suspension combination of double swing trapezium with a torsion bar in the front and Salisbury beam axles with leaf springs at the rear. The brakes are ventilated discs and a self-adjusting drum for the front and rear, respectively.

One of the most iconic game-changers of the Indian automobile industry would be the Tata Sumo. Launched in the mid-90s, this ten-seater SUV is one of the most popular vehicles in India to date. The Tata Sumo Gold is available primarily in three variants: Sumo Gold CX, Sumo Gold EX, and Sumo Gold GX. Although the production of this car was halted in the year 2019, it is still one of the most easily spotted cars on Indian roads. The car was named Sumo in honour of one of Tata’s former MDs, Sumant Moolgaokar (Padma Bhushan), one of the primary architects of Tata’s success before his death in the year 1989. The Sumo Gold is a five-door vehicle that can easily accommodate 9-10 people easily and comfortably; two people in the front, three-four in the middle, and four in the rear. The rear-end seats are in a face-to-face bench-type configuration to offer greater leg space to the passengers sitting there. The car has a simple, no-frills approach to its design which hasn’t changed much since its inception in 1994. The body is wide and tall with a high centre of gravity which might be felt while taking sharp turns. Performance-wise, the car does not compete well with its modern counterparts like Suzuki Ertiga, Mahindra Bolero, Renault Lodgy, etc., but its USP lies in its straightforwardness that it gets the job done. The Sumo Gold’s price was between 7-9 lakh INR (ex-showroom Delhi) approximately, and it was available mainly in colours like white, silver, red, and gold.

The Tata Sumo Gold is highly economical in the long run owing to its rugged build that can take years of abuse without flinching.

The car has a high ground clearance and a large windshield that give the driver a clear and commanding view of the road ahead.

The seats are spacious and comfortable for all occupants, which makes long rides less exhausting. Because of this space and comfort, many state governments use this car for their bureaucrats and officers.

The mid-range power of this car is extreme, and the engine shows close to 0 turbo lag. Due to this, the driver does not need to downshift very often as the car pulls it through even after slowing down a bit.

Coming to the disadvantages of this car, the foremost would be its outdated and boxy design. This design hasn’t seen any significant change since 1994. It doesn’t only hamper the Sumo’s appearance but also its aerodynamics, making it difficult for the car to accelerate quickly or reach speeds as high as 110- 115 km/h.

It is not very fun to drive as the engine does not pack a lot of zest or punch. It just moves around and performs its single job of transportation with more than adequate interior space.

The cabin of Tata Sumo Gold is not sound insulated, and the occupants encounter a tremendous amount of engine & tyre noise on the ride. 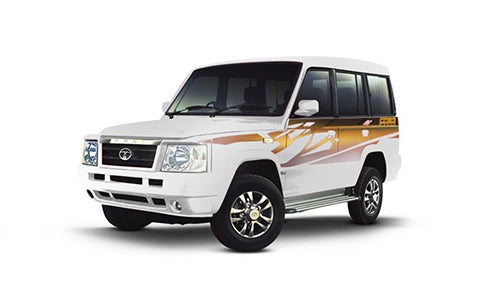 The Tata Sumo Gold is perfect for getting the job done. As an owner of this car, you’d realise that much of what it promises lies solely in its ruggedness and space, nothing else. The design is not very appealing, and there aren’t any modern features or accessories on board. Still, the car has been one of the most popular Indian vehicles since its launch in 1994. Sumo Gold’s newer competitors Renault Lodgy, Suzuki Ertiga, and others aren’t that big on spaciousness, but they are a lot more refined than it. Its engine is noisy, and the driving experience is not very rewarding, but anyone who owns a Sumo Gold knows that that is not why they have this car. Sumo Gold is suited for you if you have a large family and you wish for an economical low maintenance vehicle for use. Sumo Gold is also suited for you if you are a travel service provider aiming to ferry passengers on highways or hill stations. This all-terrain car is ideal for you if you believe in a straightforward, no-frills approach to functionality. The Tata Sumo, a popular choice for bureaucrats and defence forces, speaks a lot about the car’s functional value. Apart from everything else, the universality of Tata in terms of service and spare parts all over India makes a good case as to why the Sumo Gold won’t be a hassle for you afterward. Although now discontinued, the Tata Sumo Gold gives fair competition to many newer SUVs in its price range.