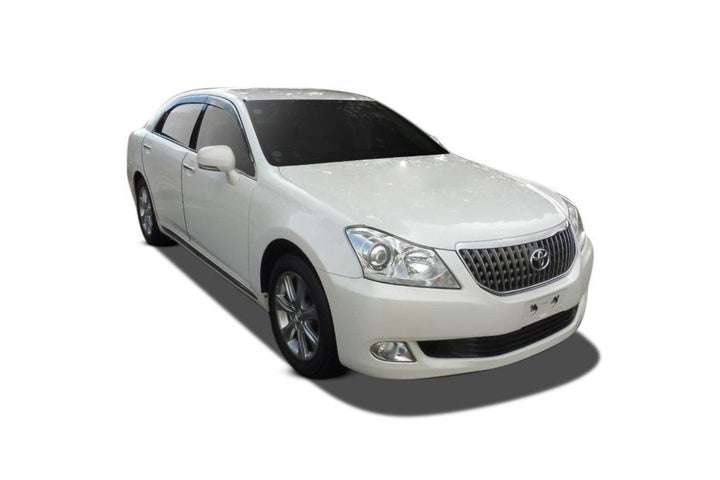 First introduced as Toyopet Crown, in 1955, it was labeled a midsize luxury sedan. The car experienced massive sales in the Japanese domestic market and some Asian countries and served as the flagship sedan from Toyota in Japan. However, the royal luxury car was never considered a sporty sedan, just like many other Toyota models.

Undoubtedly, Toyota is the biggest car manufacturer globally and delivers more than 10 million cars every year to its customers worldwide.

Holding the distinction of being rewarded as the longest-running passenger-car nameplate, this car was the first model for Toyota to export in the United States in 1958.

This spectacular model is still experiencing great sales in Japan, but unfortunately, the model is discontinued in India.

Toyota introduced an attractive upgrade of Crown in 2013. The car entered its 15th generation and moved to the TNGA platform.

The 5 seater car comes with Manual transmission, a fuel capacity of 50 liters, and an engine displacement of 2997 cc.

Crown has an amazing ground clearance of 155 mm. Moreover, the vehicle's dimensions make this car a luxury ride as the long length of 4840mm, a width of 1710mm, and with 2780 mm wheelbase, the car has allured a large portion of the customers worldwide.

You can opt for an all-wheel-drive configuration in both variants as per your requirement. However, the 4 wheel drive price increases than the regular model.

The car was instantly put into competition with European sedans that were the benchmark. However, because of its luxurious look and great features, the car is not even close to being compared to its European counterparts.

A well-known producer of cars and trucks, Toyota, manufactured numerous successful cars in the automobiles market. One of its successful car models, Crown, experienced bountiful sales in Japan and other countries of Asia.

The car is featured with a long hood and short deck giving it a perfect sporty look. Plus, the impressively designed LED headlamps contribute to its contemporary exterior.

A large chin spoiler integrated with canards improves the vehicle's stability and ensures its agility & precision on the ground. In addition, the car manufacturer has maintained the proper airflow by featuring the rear end of the car with diffusers.

Crown is available in 2 variants Crown Royal and Crown Athlete. Both the variants can be ordered with hybrid and petrol powertrains.

The hybrid engine is equipped with the same engine as that in Camry (176 PS 2.5 liter 4-cylinder powerplant). In comparison, the regular petrol engine features a 200PS 2.5 liter V6 engine.

The petrol engine available in the Athlete variant is equipped with a 311PS 3.5 liter V6 engine. While the other engine is packaged with a 6-speed transmission and the bigger ones with 8-speed auto transmission.

The biggest competitors of the Toyota Crown since its launch in Japan and throughout Asia have always been Honda Civic, Isuzu Bellel, Skoda Superb, and Mercedes Benz C class.

Hold the most famous badge into the modern age of swanky cars.

Positioned at the top of the sedan hierarchy.

An appropriate spoiler on the boot lid enhances the car's exterior.

Decent mileage as compared to other sedans in the same segment (The mileage also depends upon other factors; for instance, driving in cities and highways make a huge difference and affect the mileage of the vehicle tremendously)

Setting up a safety connection in the Toyota app is pretty easy.

A silent engine makes you feel the car's engine is not even on.

Limited models/variants of Crown put in few options in front of the buyers.

Mileage in densely populated areas is not impressive; you may need to spend hefty money to meet the running costs.

You may need to import the vehicle to drive this vehicle on Indian roads.

Available in petrol and hybrid variants, the diesel engine is not available. 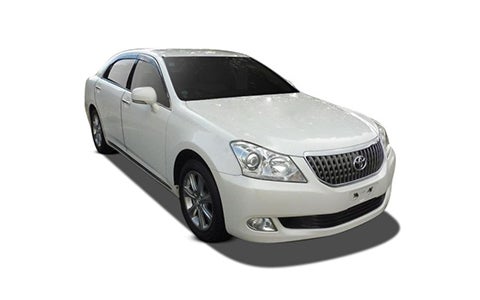 Looking for a super luxury car to maintain your status in society? If you are, you must decide after ensuring the car's highest safety and beauty standards. Toyota Crown is the perfect fit for you!

Very few people are witnessed to be the owner of this sturdy toy. It is an example of the perfect blend of uniqueness and exquisiteness as you won't see this car pretty much on the Indian roads.

It is not like other Toyota models. It is way too different from other sedans such as Camry or Avalon. The driving experience is also amazing and very smooth compared to other sedans of the same segment. It is the sole reason Crown is a popular choice and mostly opted by various VIPs across the globe. Moreover, many car enthusiasts have also tried modifications to make it appealing by adding unique body kits, aggressive wheels, and robust suspensions.

The process of importing the vehicle is very costly and may require a lot of documentation. Don't worry! If you want to purchase this marvelous edition of Toyota, you may not need to go through the lengthy, tedious process.

Keep visiting our website and soon you may see the option to purchase Toyota Crown wherever you are located in India.