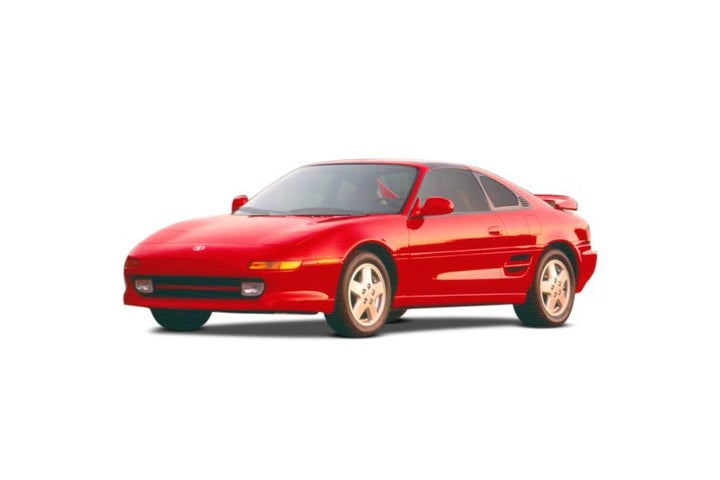 In 1976, Toyota launched a design project for a performance-packed, economical car. Due to an oil crisis, the project was pushed forward to 1979.

• After gaining a positive response towards the SV-3, Toyota launched the MR2 W10 in June of 1984. The MR2 got its name from the Midship Runabout 2-seater. It weighed merely 977 kg.

• In 1986, Toyota launched a supercharged version of the MR2 with increased performance weighing 1100 kg.

• In 1989, the second generation of the MR2 W30 went on sale. Kazutoshi Arima, the Chief Engineer of MR2, wanted to take its specifications up a notch and give it a more exotic design with more powerful engines.

• After going through several revisions, Toyota announced the 3S-GTEs in 1992 and 1993. So far, this was their best model.

• The third generation MR2 took a different approach. The MR-S (S for Sports) concept was brought forward in 1997, featuring an immaculate build design.

• This model was released in 1999, right before the Tokyo Motor Show.

• Upon reaching the mid-2000s, the MR-S had dropped in terms of sales, forcing Toyota to announce its discontinuation in the US market in 2005.

• The MR-S still thrived in Japan, Europe, and Mexico until 2007, when the sales hit rock-bottom.

The Toyota MR2 is one of the finest premium sports cars in India. It belongs to Toyota’s line of two-seat sports cars. This stylish SUV by Toyota is best suited for Indian sports or race car enthusiasts. The exterior design features a sharp and sturdy look that makes it appear tough, but at the same time, the convenience it offers inside makes it comfortable and technologically advanced. The MR2 is a compact and sporty convertible that accentuates astonishing design elements like front and rear suspension, four-wheel disc brakes, and a mid-engine.

The MR2 Spyder is the last generation of the model manufactured and launched by Toyota between 1997 and 2007. The MR2 models between 1984-2007 were available in a total of 41 shades, including Super White, Black Met, Silver Met, Super Bright Yellow, etc. Variants included MKIa, MKII, MKIb, etc.

Although the fresh model would cost up to 25 lacs, the discontinuation of the series can help you purchase a used model of this SUV in good condition for a much lower price. Owned by Toyota, this mid-range sports beast is low maintenance. MR2 is a sports car that offers the perfect balance of performance and affordability. With its sleek, powerful exterior design, and affordable price tag, the MR2 is a great choice for those looking to get their adrenaline flowing on wheels. The vehicle is a direct competitor to the likes of Honda City, Maruti Suzuki Ciaz, Hyundai Verna, Tata Altroz, and many more.

Not only a strong build but also a performance beast

Not suited for practical use Several experts who have driven and tested this car stated that it is a well-engineered, technology-oriented convenience package. The MR2 is a great car for those who want an affordable, fast ride. The mid-power engine design, along with the traditional supercar layout, provides it just enough power to be exciting without being scary or expensive. The MR2's 138bhp engine is a blast to drive, and it has excellent handling. The only downside can be that this car may catch you off guard when driving through water-logged areas, such as puddles or deep pools of stagnant water, but otherwise, these models are fun!

The hood of this car is a workhorse and can withstand the wear and tear that comes along with daily driving. It folds easily with one hand from the seat, sticking into place to stop it from flapping around while you drive on smooth roads or curving backroads alike. A snug and sporty cabin awaits you on the inside of this vehicle. Just enough equipment ensures comfort, although not all models come equipped with air conditioning.

Overall, this performance beast is a wise investment, especially since there aren’t many mid-range models left at this point.