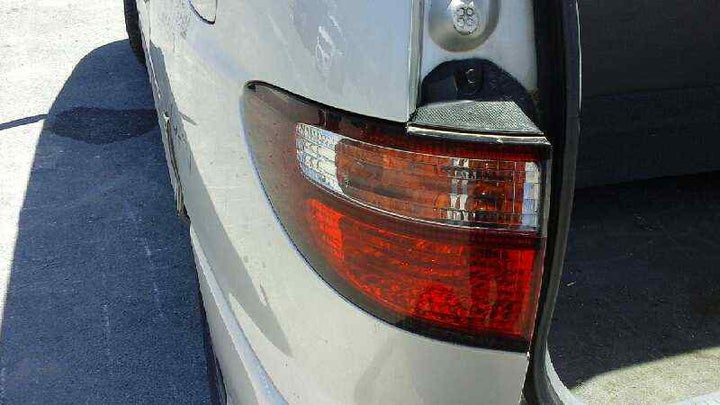 Previa's automatic transmission system has been outfitted with an Electronic Controlled Transmission (ECT) technology that results in smoother gear changes as well as faster acceleration increases (100 kmph in just 11.5 seconds). It's also a powerful van, as seen by its top-end fuel economy rating of 10.8 km/l.

The 2.4-liter, inline-four engine, used in the Australian version of the car, was the same as that in the previous model. To keep up with its primary competitors in Australia, Honda Odyssey, Kia Carnival/Sedona, and Hyundai iMax, a 3.5-liter V6 engine [202 kW (271 horsepower)] and 340 Nm (250 ft/lb torque), were made available in February 2007.

Toyota Previa is powered by a 2.4-liter, 16-valve DOHC engine. Variable valve timing with intelligence is integrated into this engine, allowing it to deliver enough power for safe driving experiences. When it comes to Previa's engine, it can produce a maximum power output of 168 horsepower (6,000 RPM) and 224 Nm (4000 RPM) of maximum torque.

Toyota Previa, also known as Toyota Estima in Japan and Toyota Tarago in Australia, is an MPV or multi-purpose vehicle that has been manufactured by Toyota since 1990.

Toyota envisaged the first Previa as a vehicle that would serve as a prototype for future minivan technology, hence the name, "Previa", was coined. Sienna and Previa are Toyota's second largest minivans, following the Alphard/Vellfire, which is not available in most Western markets.

Previa has a distinctive look that makes it stand out from the crowd. In addition, the vehicle has been dubbed "eggs", "beans", "egg van", and even "wombats" because of its distinctive shape and look. Previa is available in seven colors - Black, Pearl White, Silver, Super White, Deep Red Mica Metallic, Ice Titanium Mica Metallic, and Dark Sherry Mica Metallic.

The large Toyota's sole purpose is to transport people, and it does so admirably. With certain models, you get eight seats, but they don't fold down into the floor. The five rearmost chairs, on the other hand, can be slid back and forth to distribute the available legroom. When the seats are in place, there's not much room for luggage, but when they're removed, there are 2929 liters of cargo space.

How Previa performs on the open road is also impressive. The ride is comfortable, even though it is a little stiff about town but softens up as speed increases.

Previa is also a fantastic long-distance vehicle, as it is quiet, sleek, and stable on the highway. Finally, a comfortable driving position and excellent visibility round out the package.

A typical issue is a rattling noise when idling. It may rattle due to objects in the door panel pocket or cup holder.

The engine can also misfire. Several owners have voiced their displeasure at the absence of a proper service action. The damage could be caused by an oil leak or an irregular carbon buildup. It could be a bad gap or overheated.

The suspension, notably the rear control arm, has been criticized. Control arms connect the vehicle's frame to the suspension system and can malfunction. Control arm damage manifests as steering wheel vibration, vehicle instability, and clunking. 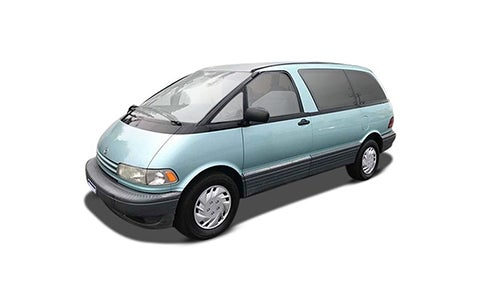 With 170 horsepower and 23.4 lb-ft of torque, the new 4-cylinder, DOHC, multivalve engine with VVT-i (variable valve timing-intelligent), provides great acceleration and fuel economy while emitting low-exhaust pollutants. Only a 4-speed automatic transmission is offered, and the pistol-grip gear shift lever is located on the steering column. Because of this, the driver and front-seat passenger will have an unobstructed space on the floor.

The driver's seat is well-equipped, with a bucket seat that can be adjusted both vertically and horizontally for added comfort. The steering wheel is made of leather and wood. Instruments are easy to see: 'Optitron' type featured on other Toyota models. The instrument panel is slightly skewed towards the centerline of the car. The A/C controls, audio system controls, hazard light switch, and sonar parking assist switch are all located in the wide center binnacle. While driving, the sonar system alerts the driver when it senses that they are getting too close to another item.

Previa has set the global trend for minivans/MPVs. The new Previa, with its contemporary design and high-quality interior, is sure to be a hit.