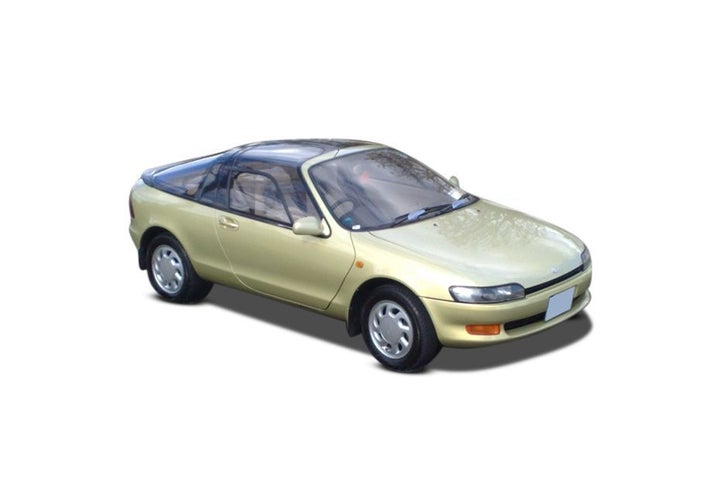 Sera is Toyota’s concept car, conceptualised from 1990 to 1995 for Japan’s domestic car market. The name ‘Sera’ means ‘to be’ in French, which was justified by the futuristic design of the sports car. Before that, Sera was selected to be displayed at the 1987 Tokyo Motor Show as one of the 11 Toyota models.

Over two years later, in March 1990, Sera reached its customers after a few design tweaks made by Toyota. Less than 16,000 cars were produced for the domestic Japanese market and were predetermined to be sold in 3 phases/trims. However, during phase 2, Sera’s production was compromised due to the Japanese bubble burst.

Sera came with Toyota’s efficient E-series range (1496 cc) petrol engine also known as 5E-FHE. This robust 1.5-litre engine was capable of producing a torque of 108 bhp at 6,400 rpm. In addition, this engine also had twin camshafts, which meant smooth acceleration. You would get a choice between manual and automatic transmissions in Toyota Sera.

Sera was built on Toyota’s AXV-II concept in 1987. Being a high-performance car, it had butterfly doors and a glass body that formed the rear and sides of the car. Sera’s design evokes dynamism. Sera followed Toyota’s Starlet and Paseo for all its mechanical components like engine, gearbox, suspension.

At the 1987 Tokyo Motor Show, Sera’s unconventional design was praised by 11 jurors. The intricate interiors and monocoque exteriors of this sports car gave an alarmingly futuristic impression. It also came with a few advanced features like parking sensors, roof covers, an infotainment system, and a super live surround system (SLSS).

During the 1990s, Toyota Sera became one of the most attractive-looking sports cars. It is a 3-door 2+2 seater car that first debuted in Japan’s domestic car market during their automotive industry boom. Sera received its unmatched persona and mechanical components from Toyota’s first-generation subcompact cars: Toyota Paseo and Toyota Starlet. Sera went through a facelift before being sold to the Japanese audience. Those configurations included things like brakes, sound system, air conditioning, and transmission. Interestingly, Gordon Murray, chief designer at McLaren Automotive, was inspired by Sera’s marvellous door functionality. Due to this, Sera’s butterfly doors can be witnessed in the latest McLaren 720S F1 car. Sera has many other highlights, but let’s see some of the most important ones.

Sera comes packed with features like butterfly doors, glass hatchback, distinct bubble top structure, Surround Sound Live system (SLSS), and last but not the least, an unleaded engine. Apart from aesthetics, Sera is also equipped with gas springs (struts), rack & pinion steering wheel, vented & drum discs, and more. The overall transmission is thrilling due to its 4-speed automatic and 5-speed manual gearbox. This sporty yet practical car is priced at around Rs 15 lakh.

The latest update given to the car was in June 1992 during phase 3 of production. Unfortunately, the production was stopped owing to Japan’s economic turmoil in December 1995. Sera was broadly available in a total of 6 shades during 3 phases. These shades were further divided into 12 individual colours namely; greenish-yellow, light blue, medium blue, light turquoise, turquoise, wine red, burnt orange, poppy red, light silver, dark grey, and dark black. The 13th colour was a limited-edition dark green colour, and the version was known as Amlux.

Sera’s magnificent butterfly doors are highly functional. These doors can open within 17 centimetres, which would work in the confined spaces of our modern environment.

To further facilitate the mobility of the doors, the hinges of the doors have gas springs, also known as gas struts.

Toyota was one of the first automakers to introduce projector headlights that further helped the vision of the driver.

Sera’s overall driving experience is smooth due to its inline 4-cylinder engine, gearbox, and suspension. It can handle a peak torque of up to 7,900 rpm.

Even though Sera is a 3-door 2+2 seater sports car, it can accommodate small luggage without any hassle.

The automatic variants can not rev up in certain situations as they weighed more than 900 kg and only produced around 106 bhp.

The Japanese automakers could have considered using Toyota Corolla’s 1.6-litre petrol engine instead of 1.5-litre.

The glass body sometimes creates a foggy or greenhouse effect, depending on the weather situation. Hence, Sera may not be preferred by some car enthusiasts.

The four-wheel Anti Lock Braking System (ABS) could have been mandatory in both variants. 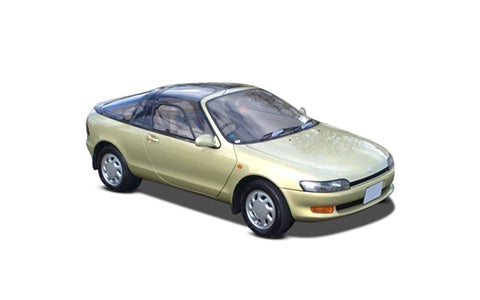 One too many car enthusiasts in India have either owned or driven Toyota Sera since the 1990s. Sera is often compared with Autozam AZ-1, another mini-sized compact car under Maruti Suzuki’s brand. They both debuted at the 1987 Tokyo Motor Show, and Toyota Sera was highly applauded for its iconic butterfly doors by the jurors. Sera not only overpowers Autozam AZ-1 with its unusual design but also surpasses it in terms of acceleration. If you desire to own a reliable and stable sports car model, you should pick Sera or its variant Amlux.

In spite of being a mini-sized sporty car, Sera was spacious in terms of legroom and boot space. For instance, an individual around 6 feet tall could comfortably fit in the rear seat by sliding the front seat. Coming to boot space, Sera can also easily accommodate small luggage after removing the rear trunk lid. This boot space can further be expandable if there are no rear-seat passengers. Also, you cannot overlook Toyota’s elaborate Surround Live Sound System (SLSS) as it was the most adventurous part of Sera. This sound system has a ‘casual’ and ‘funky’ mode to enhance your overall driving experience.

To sum up, the Sera is by far the most sought Japanese car from the 1990s. From executing a brilliant concept to meticulously designing the body, it has everything packed in a compact and lightweight car. But most importantly, the car handles itself without much effort, and it floats due to its suspension travel. When compared to other sports models with butterfly doors like Enzo Ferrari, Mazda’s Autozam AZ-1, and other competitors, Toyota Sera looks like a safe purchase. If Sera ever makes a comeback, automakers could increase the tuning and performance of the car. Nonetheless, fans will remember Sera for its stunning design and specifications.