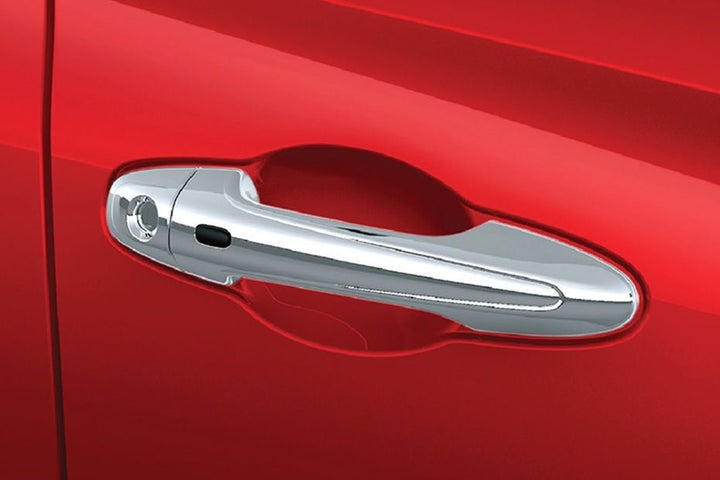 There were two transmission options available for the Toyota compact sedan: a manual transmission (MT) and a continuously variable transmission (CVT). The fuel efficiency of the manual was 17.18 mpg and the automatic was 18.10 mpg.

You won't be able to get your hands on a Toyota Yaris with a diesel engine any time soon. Its 1.5-liter, 4-cylinder petrol engine shares its block with the Toyota Etios, but everything else — even the head — has been designed specifically for the Yaris and just for this vehicle.

Since its debut in 2018, the Toyota Yaris has received a mixed reception. At first, the price was prohibitive, and the polarizing appearance didn't help. However, in September 2019, Toyota reshuffled its variation list to cut its entry costs and to include new features.

All trim levels of the Yaris come standard with a minimum of three airbags and up to seven airbags. A tire-pressure monitoring system and hill-start aid are also included. Comforts such as a rain-sensitive wiper, air vent on the roof, leather upholstery, sunroof, cruise control, and 7.0-inch touchscreen infotainment system with gesture controls are also available in the Toyota Yaris.

The Toyota Yaris has a unique selling point because of its emphasis on safety. Toyota's top-of-the-line vehicles come equipped with seven airbags, including a driver knee airbag! In addition, the vehicle comes standard with ABS, EBD, and braking assist, as well as ISOFIX and central locking.

The Yaris has been discontinued in India by Toyota. However, the car will remain on sale as long as there are any remaining units. When it comes to trust, Toyota customers have always been willing to pay a premium. When Toyota priced the Yaris higher than its competitors, we were not surprised.

Towards the end of its lifespan, the Yaris was sold for anywhere between Rs 9.16 lakh and Rs 14.60 lakh (ex-showroom Delhi). There were two transmission options available for the Toyota compact sedan: a manual transmission (MT) and a continuously variable transmission (CVT). The fuel efficiency of the manual was 17.18 mpg and the automatic was 18.10 mpg.

The design of the Yaris isn't the most eye-catching. When it comes to cars that make you say "Wow!", the Honda City performs a better job than the Toyota Yaris. LED lighting accentuates the design features, giving it a more eye-catching appearance. Some people find the styling of the Toyota Yaris to be somewhat unsettling. Wildfire Red, Phantom Brown, Super White, Pearl White, Silver Metallic, and Attitude Black are among the seven colors available for the Toyota Yaris.

A 7-inch touchscreen infotainment system, climate control, and an 8-way power driver's seat were all available. Up to seven airbags, parking sensors, a camera in the rear, and a tire pressure monitoring system were all part of the standard safety equipment. The Yaris competed with Honda City, Hyundai Verna, Maruti Suzuki Ciaz, Skoda Rapid, and Volkswagen Vento. 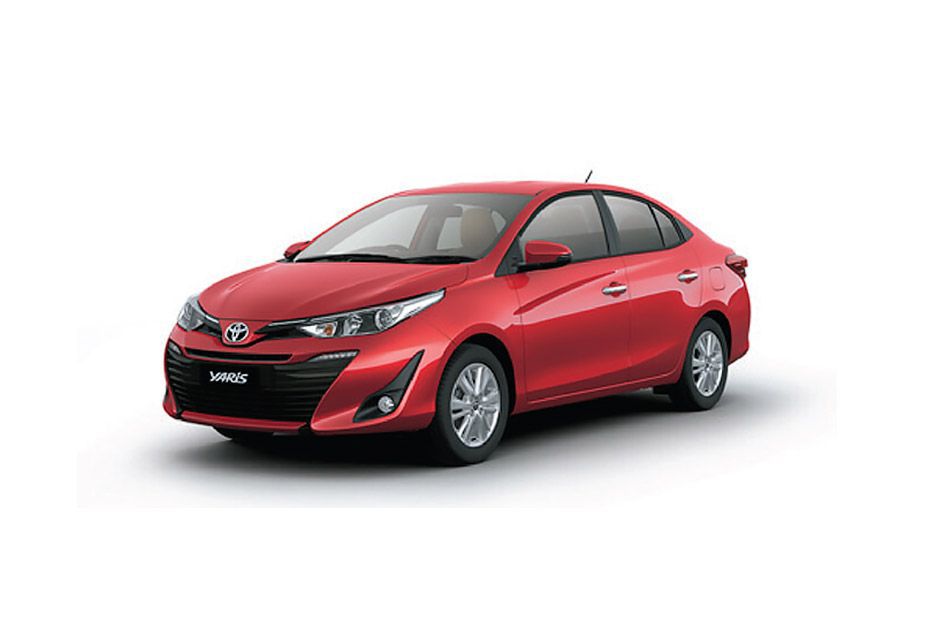 Rear AC vents positioned on the roof, split-folding back seats, and front parking sensors are some of the segment-first innovations. Solar energy-absorbing windshields, air gesture control for the infotainment system, and rear disc brakes are all included. All of these are firsts in their respective segments.

You won’t feel the harsh roads. The comfort is impeccable even when the car is full of passengers.

Toyota has not compromised on the interior. It offers a premium finish and everything is made with great materials.

Easy to use petrol engine. CVT is offered from the base model.

There are no diesel engines available. Petrol is great but many people would have wanted the diesel option as well.

The Toyota Yaris is not a big automobile. Etios has more capacity and can seat 3 people comfortably in the back.

There are some missing features as well such as LED headlights, sunroof, and reach-adjustable steering. 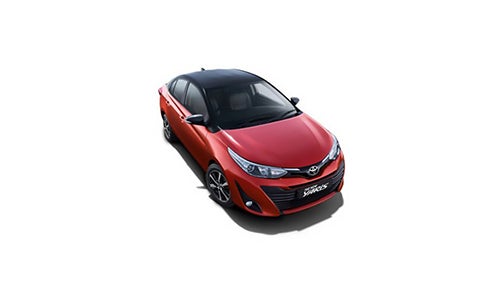 On paper, the Yaris' profile resembles a Nissan Sunny's, with curving haunches and a broad rear end. The Toyota Yaris sedan appears smaller than its competitors due to its clever design. Despite being shorter than the Honda City, Hyundai Verna, and Maruti Ciaz, it is one of the tallest and largest midsize sedans. The City's wheelbase is 50mm shorter than the Ciaz's.

This motor's fineness is appealing. The motor is barely heard at idling, inside or outside. This smoothness is felt whether driving at 40kmph in town or 120kmph on the motorway. Overtakes are noisy.

But for us, this is a terrific city car to drive or be driven in. Smooth and predictable throttle response. While the performance is flat across the rpm range, most drivers won't find fault. Relax, and the Yaris will reward you by keeping your pocketbook happy. The CVT we tested got 16.41kmpl in town. That is not a typo, it did match its highway mileage. That's because the Yaris is normally in “Eco” mode in town, with the tacho slightly over idle.