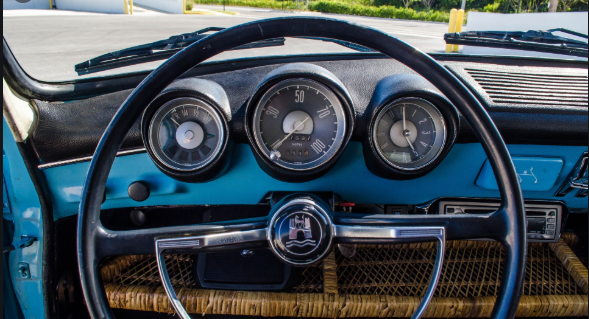 The 1600 had a four-cylinder engine that produced 1600cc of displacement. It was only available with a manual transmission.

When the TL ("touring limousine") fastback model was introduced in February 1962, it was immediately followed by the estate type. A flat-four engine with a displacement of 1,600 cubic centimetres was added to the series in 1969, along with redesigned bumpers, a bigger front trunk, larger turn signals that extended around the corners and new rear lights. More than 2.6 million units of this model were manufactured.

The front brakes on the original Type 3 (5 stud, 5 205 mm PCD) were dual leading shoe drum brakes. This was done to coincide with the debut of the Fastback and 1600 engine in August 1965. It had four-stud wheels (4 x 130 mm PCD) with eight cooling slots. Shoes on the rear drums were always ahead or behind those on the front.

The Type 3 was a contemporary design, but it never achieved the same level of popularity as the Beetle. After the introduction of front-wheel-drive, water-cooled models by Volkswagen in 1973, Wolfsburg's manufacturing was on hold. Wolfsburg was then retooled to produce the Golf, which eventually replaced the Type 1 as Volkswagen's best-selling sedan. Thereafter, the first generation Passat was built, which was retooled in 1973 to build VW's new Emden plant to produce the Type 3 (marketed variously, such as the "Dasher").

The 1600 was based on the Volkswagen Beetle, which is one of the highest selling cars of the German carmaker. Engineering components such as air-cooled rear-engine layout, rear-wheel-drive, and torsion bar suspension were taken from the Beetle. The 1600 was designed to be more of a family car compared to that of the Beetle. It provided additional room for passengers and luggage along with a larger engine.

The type 3 consisted of a trunk and bonnet that could be opened to access both the trunk and cargo compartment (hood). The engine was hidden beneath a panel in the rear trunk for all three body styles (Notchback, Squareback and Fastback). This layout was the same as the Type 2, which was released a few years before the Type 3.

Type 3 was available in Marina Blue, Elm Green, Clementine, Iberian Red, Shantung Yellow, and Kansas Beige. Even though the 1600 is quite an old car, it can compete with Maruti Suzuki Swift, Maruti Suzuki Ignis, and the Hyundai i20 N Line. The 1600 was only available with a petrol engine. In India, it would cost you around Rs. 16 lakh."

The Fastback design of 1600 is reminiscent of the Porsche 911/912 and is a delight to visualise.

The VW Type 3 is only 160 millimetres longer than the standard Beetle, yet it shares the same tubular chassis design. The presence of trailing links and torsion bars up front, swing axles at the back of an independent rear suspension (IRS) go back to 1968. You can easily lower them by winding them down, and you still have a nice-riding, air-cooled VW as a result of this setup.

A Type 3 is more comfortable when driving long distances than any other air-cooled VW, irrespective of an early or late model. Thanks to the larger discs and drums, they are bigger, better ventilated, faster with quick, straight stops, better insulated and quieter.

Complex and rust-prone bodywork is one of the biggest drawbacks of the 1600.

Since only limited parts of vintage automobiles are being produced currently, the only options are to use previously owned parts or repair what is already in place.

These VWs weren't sprinters, with 0-60 times in the 15 to 20-second range (automatics are slowest). 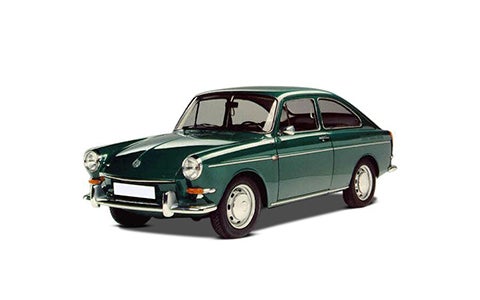 In terms of style, there are some similarities between the Fastback and other sedans that had fastbacks grafted on, such as the Rambler Marlin and Dodge Charger. However, you wouldn’t buy a 1600 just for the performance.

The big, front-heavy Toronado performed admirably without its much-needed front disc brakes, and this just serves to highlight how brave it was to use front disc brakes. For the first time since the 1966 Beetle 1300, Volkswagen used a ball joint front suspension. As for steering and handling, they were familiar, with quick response times, light and precise steering, and a tendency to oversteer that was offset slightly by the broader rear track of the 1600.

However, despite the huge increase in power, the 1600 couldn't quite keep up with the competition. In reality, the 50 horsepower 1600 Beetle was only 0.3 seconds faster at 1/4 mile than the 1600. R&T failed to mention it because the 1300 retained the lower (higher numerical) gearing and higher-revving engine of the 1200, making it the most sporty stock Beetle. Of course, the advantage was short-lived as the 1600's extra 15 horsepower was put to good use through the traps after the 1/4 mile (64 instead of 57 mph).

R&T was startled to learn that the car's highest speed was just 82 mph, even though the car's manufacturer's top speed was listed as 84 mph. Overall, you wouldn’t buy this today for its speed or transmission; you would buy it because it has charm and lots of it.