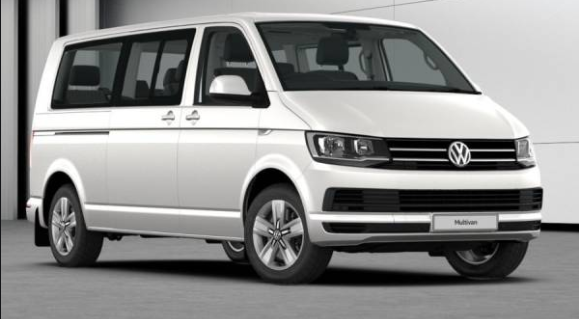 Inventor Pon Bon, a Dutch importer, came up with the first Volkswagen Transporter after spotting a parts mover at the Beetle factory in 1946 and thinking it could be transformed into a production vehicle. In 1947, he produced his first series of serious drawings.

The Multivan now offers a plug-in hybrid engine for the first time. An 85kW electric motor and 1.4-liter TSI engine produce 215 horsepower in the eHybrid model (160 kilowatts). The charging connector for a 13-kilowatt-hour lithium-ion battery is positioned on the van's right side, tucked under the floor. The T7 has only the petrol option. The transmission is handled by a six or seven-speed DSG gearbox.

In addition to 4MOTION all-wheel drive and a variety of engine and transmission options, you'll be able to get where you need to go while still having some fun. The mechanical differential lock, Hill Descent Assist, and DSG will assist you if your day takes you off the paved road.

Keeping track of everything that goes in and out of our lives is nice to know about electronic sliding doors. With or without a remote control key, the doors can be opened and closed regardless of how they are opened and closed. The built-in sensors detect hands before harm is done, preventing those annoying ouch moments.

A wide choice of optional smart storage options ensures that nothing has been overlooked in the planning phase. The padded Multiflex board can be used as a shelf or popped down to provide an additional surface for reclining. When it comes to carrying items that need to be kept cold or hot, the 32-litre cool box is your greatest friend. Depending on your preference, it can also hold 1.5- or 1.0-litre bottles.

The Good Night Package adds even more versatility to the ultimate getaway vehicle. The 3-seater bench comes with fabric blackout screens for the windows, a tiny reading light, and a washable cover for those who prefer a more traditional look.

Volkswagen's largest MPV, the Multivan, has been reimagined for the first time in the company's 71-year history. Additionally, a complete redesign of the 7-seater has been made, with stylistic references toward the 1985 T3-generation Transporter among its distinguishing features. A horizontally split, two-tone colour scheme is standard, but a full-width grille and crisp LED lighting set it to differ from the previous Caravelle. The price of the Multivan in India is around Rs. 25.28 lakhs.

The Multivan's has seven generations, the latest being T1, which will be released in 2022. Both gasoline and diesel engines will be available for the T7, built on the MQB platform. Commercial production of the T6 will continue. The colour options are not yet available for the T7. However, When you order a VW T6, you can choose from six solid colour options and six metallic paint treatments, which include Candy White, Pure Grey, Deep Ocean, Luminous Orange, Cherry Red, Summer Blue, Reflex Silver, Indium Grey, Deep Black, Bamboo Green, Starlight Blue, and Acapulco Blue. The Ford Transit, Mercedes-Benz Vito, and Vauxhall Vivaro are among the Transporter's many competitors.

Using a 150hp, 1.4-litre turbocharged petrol engine paired with an electric motor on the front axle, the Multivan hybrid PHEV produces a combined 218hp, while a 13kWh battery under the floor allows for "short urban trips" with an EV range of roughly 50 kilometres. An additional 204 horsepower diesel engine will be added to the line-up next year, along with turbocharged 1.5- and 2.0-liter petrol engines.

There are six gears in the PHEV's DSG transmission compared to an eight-speed unit in regular petrol models. A new Volkswagen MPV won't arrive in the United States, but the automaker is gearing up to introduce the all-new Tiguan midsize SUV in India. For 2022, VW is working on a replacement for its Vento sedan, which is based on the Virtus. 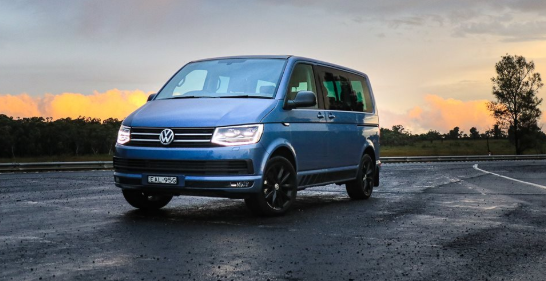 The three-hour, 40-minute recharge time will be welcomed by individuals who often travel for shorter distances.

It's also worth noting that the interior is finished to a high standard, both in terms of durability and quality of materials.

Volkswagen has the perfect opportunity to offer two-tone paint patterns thanks to a bodywork line that runs from the headlights to the rear light clusters.

Volkswagen listened to customer comments and lowered them to make parking spaces more accessible. Entry and exit are simplified thanks to the low floor, yet the elevated driving position improves sight.

The big size of the Multivan could be a problem. Some people prefer smaller vans, and this one is huge.

The petrol option sounds like a compromise, and Volkswagen has not enabled the Multivan to reach its full potential.

You can expect high running costs with this car. 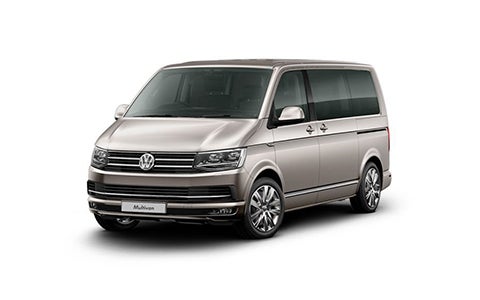 Despite its appearance and name, the Multivan isn't based on a van at all. An MPV designed specifically for Volkswagen's needs but based on the same MQB platform as the vast majority of the company's other vehicles.

Multivan's bonnet is noticeably larger than Caravelle because of pedestrian impact safety and the MQB platform. As a result, the driver's seat is lower, and the windscreen is more sloping.

You can enter the cabin through two conventional front doors and two sliding side doors on either side of the vehicle's rear. You can access the trunk via a massive tailgate that hinges upwards. The folding doors may be operated manually, but an optional upgrade allows you to activate them electrically with a wave of your foot, just like the big tailgate.

The Multivan may be based on a car platform, but it still feels like a massive vehicle to drive. Yet within a little time, you realise that the driving experience is significantly improved.

Even on entry-level vehicles, the driving position is more upright and car-like than the Caravelle and is accompanied by a 10.0-inch-wide digital instrument cluster and the central multimedia screen. In addition, the steering is more direct, needing less wheel-twirling to achieve the same turn-in result. As a result, driving the Multivan around town or on curvy routes is more enjoyable. The alloy wheels can be as large as 19 inches, and a head-up display can help the driver focus on the road ahead.

All of this comes with a head-up display to keep the driver's attention where it belongs, as well as a maximum diameter of alloy wheels of up to 19. Overall, the Multivan is a solid car, and for people who prefer big vans, this is it.