Volkswagen Polo has had an amazingly successful run over the past 40 years. The initial production of the car started in 1975, with the launch of the first generation Polo. This model was the Mk1 or Mark 1, which made its way to the market as a hatchback. It has continued in the segment, but with major design changes. Polo has sold nearly 20 million units in the past 45 years, making it one of the most successful production vehicles of all time.

The 2015-2019 Polo, launched in India, was the fifth-generation Mk5 model. Volkswagen initially launched it in the year 2009. The company introduced the sixth-generation Mk6 in the foreign markets by 2017 but only made it to India in 2020.

The Polo Mk5 was available with diesel and petrol fuel options, with various trim levels on both variants.

The gearbox for the diesel variants was a 5-speed manual with a front-wheel-drive system. However, the GT TSI and GT TSI Sport Edition, which were petrol variants, were fitted with a 7-speed automatic gearbox and a turbocharger.

The Volkswagen Polo 2015-2019 is the fifth-generation model of the hatchback, which was initially launched in 2015. Polo has been a segment leader in many countries in the European markets before coming to India. It is also one of the most successful production cars, which has completed over three decades in the market. The 2015 model was discontinued in 2019 and is currently replaced by the 2021 model.

The range of variants offered by the 2015-2019 model was amazingly long, with over 20 variants available in diesel and petrol sections. There were plenty of options to choose from, with various interior and exterior features from the long list of the Polo variants. It also offered 6 colours to opt from, including the most popular flash red and candy white shades.

Safety elements, such as dual airbags with a side collision setup, were one of the car's standout features. It also had rain-sensing wipers and auto-dimming rearview mirrors to add to its spec sheet.

The pricing of the 2015-2019 Polo was very competitive due to its wide range of variants and different fuel options on offer. The lowest price of the Polo started at around Rs. 5.4 Lakhs and rose to Rs. 9.8 Lakhs. Its pricing made it one of the most popular cars in the hatchback segment.

The hatchback segment is full of various models, but the main competitors of the 2015-2019 Polo were the Hyundai i20, Tata Tiago, Datsun Go, Maruti Suzuki Ignis.

The design was very neat, with symmetrical exteriors and minimalistic and efficient interiors. This design gave the car a classic look without any overwhelming appearance.

The build quality of the car was at par with most of the cars in the international market. Volkswagen fitted the car's interiors with good quality materials, avoiding scratchy plastic bits.

It also provided features such as auto-dimming mirrors, rain-sensing wipers, automatic AC with dual-zone climate control, and a touchscreen infotainment system, to name a few. These features were exclusive to the Polo in its segment.

The wide range of transmission and engine options available for buyers made it customised and gave them plenty of choices.

The Polo was given a 5-star rating by ANCAP, making it one of the safest hatchbacks in the market.

The resale value of all the Polo models has been great as customers know that the Polo is a reliable car and comes with the guarantee of the renowned Volkswagen brand.

The seats were congested and had little leg space due to the transmission tunnel. Driving with five passengers would be a hassle. In fact, the Maruti Suzuki Ignis offered better rear space.

The after-sale service of Volkswagen was limited and not as established as that of Hyundai and Maruti.

The automatic was only available with petrol variants. Having it with the more powerful diesel engine would be a good choice in terms of economy and performance. 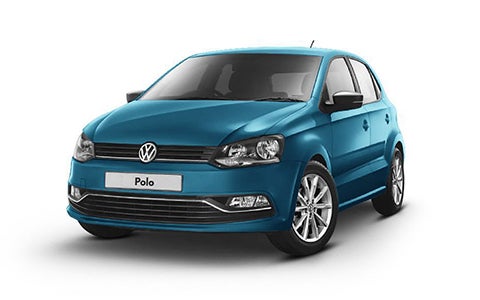 Volkswagen Polo 2015-2019 has been reviewed as one of the most popular and liked among the hatchbacks in the market. The simplistic and practical nature of the Polo appeals to buyers, and the long-running history over six generations inspires confidence. The VW group itself acknowledges that Polo's success is paramount compared to its other models.

The safety is at par with international standards, the features are modern and up to date, the design is simple with a good form, and the performance options are plenty. Its rivals don’t come up as good in terms of features, performance, and reliability.

But the area in which manufacturers like Hyundai and Maruti Suzuki dominate is the service and maintenance section. Both these manufacturers are the most competitive rival for the Polo and have great after-sale service and lower maintenance costs. This aspect makes it easier for buyers to approach the company for repair and upkeep after owning the car. Volkswagen has a smaller number of service options available and has higher maintenance costs. Thus, customers looking for hassle-free after-sale benefits are less likely to choose the Polo.

Nevertheless, the track record of the Polo has always been excellent. It is a car that can perform when needed. Moreover, it is easy to live with and has the great resale and dependability of Volkswagen. Buyers can rely on this car without giving it a second thought, and it would never disappoint.