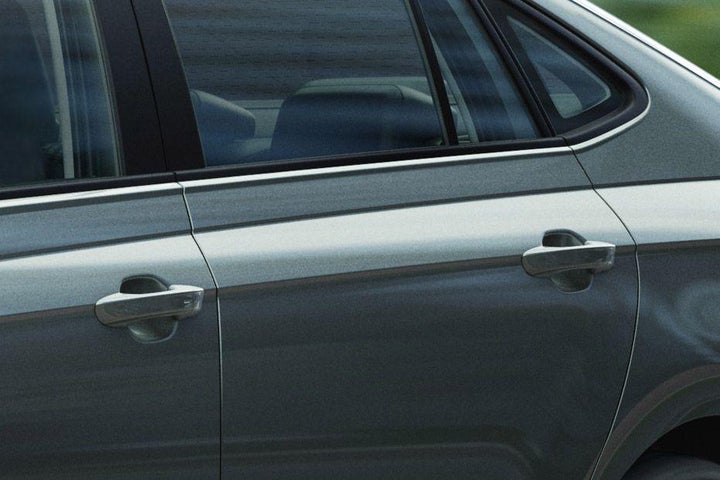 Although Volkswagen Passenger Vehicles India has set aside 2021 for SUVs, the German automaker will launch an entirely new sedan in 2022. The mid-size vehicle, dubbed 'Virtus,' would enter manufacturing in early 2022 and be released in the second quarter of that year.

The prototype observed undergoing testing appears to be substantially larger than the current-generation Vento and is built upon that MQB A0 IN platform, which also underlies the future Taigun SUV.

The Virtus will very certainly be a gas-only car. The 1.0-liter TSI motor will come from the Vento, while the powerful 1.5-liter engine again from Taigun SUV might be used as well.

All-LED headlights and taillamps, as well as updated bumpers and alloy wheels, are among the modest cosmetic changes. A TFT LCD screen in the instrument panel, dual-zone temperature control, and a smart play infotainment system have all been added to the feature set.

Manual and automatic transmissions may be available as transmission choices. The Honda City, Hyundai Sonata, Maruti Suzuki Ciaz, as well as the incoming Skoda mid-size car, will all be competitors.

In terms of powertrains, the Volkswagen Virtus sedan from India is expected to have the same 110hp, 1.0-litre TSI supercharged engine as the present Vento. A bigger 1.5-liter four-cylinder TSI engine with 150hp and 250Nm will also be available. Both a 6-speed conventional and a 6-speed torque converter six-speed automatic are anticipated to be available for the 1.0 TSI. In contrast, the 1.5 TSI is projected to come with a single 7-speed DSG automatic transmission, comparable to the Taigun.

The Virtus sedan has already been available in other countries. Nevertheless, India could get the facelifted prototype that will be revealed soon. The sedan's feature set is expected to be similar to that of the Taigun SUV. A 10.25-inch Volkswagen Play touchscreen infotainment, a comprehensive instrument cluster, automatic temperature control, and a few more features would be included.

Because Unlimited is a multiple-door model, the wheelbase is 500mm longer than the two-door model. As a result, the Polo, at 4583m long, isn't exactly little. The Virtus appears macho from the back, with its black polyethylene roof and huge boot-mounted wheel, and the sleek bumper completes the appearance.

Volkswagen Virtus Features: Reportedly 10-inch touchscreen infotainment device with Android Auto as well as Apple CarPlay (possibly wireless), a full-digital driver's display, a skylight, and LED headlights with LED DRLs are all anticipated to be included. Rain-sensing wipers, as well as cruise control, are two features that are likely to be carried over. Volkswagen Virtus Competitors: The Hyundai Verna, Toyota Fiesta, Suzuki Ciaz, Honda Accord, and Skoda Slavia will compete with Volkswagen's tiny sedan.

A spacious and comfortable car.

· In a necessity, the REVive function can assist extend range.

· The diesel engine yields a lot of low-ending torque.

· Dampers that are agile and advanced absorb collisions nicely.

The range is limited to 140km.

· At this pricing, there aren't many features.

· Only the motorist's airbag is required.

· The soft suspension arrangement makes it less maneuverable in bends.

· There is no way to modify the driver's seat height. 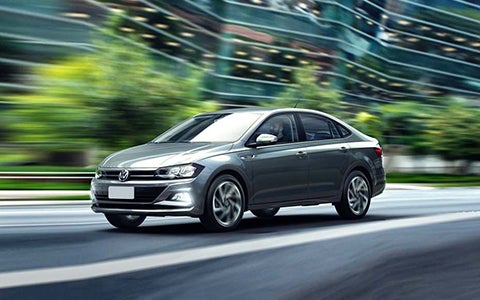 While costs for the Volkswagen Taigun have yet to be released, the business has already begun planning for the debut of its next product, the Virtus sedan. "We would start manufacturing the car somewhere between February or March," Ashish Gupta, Volkswagen Passenger Cars India's Marketing Director, told Autocar India. "We will have a marketplace launch by the conclusion of April." The forthcoming VW sedan will be motivated by the imminent Skoda Slavia and will be manufactured on the MQB A0 IN platform. It will displace the Volkswagen Vento in India, which is getting old.

The petrol variant comes with a 4-wheel drive system as well as a 5-speed six-speed automatic engine, much like its diesel counterpart. McKinley leather seats, automated temperature control, central locking, and auto headlights are all cruise control, auto air conditioning with backseat AC vents, rain-sensing washers, and a 6.5-inch display infotainment system featuring Apple CarPlay and Android Auto are a part of the new Virtus.

In terms of powertrains, the Volkswagen Virtus sedan from India is expected to have the same 110hp, 1.0-litre TSI supercharged engine as the present Vento. A bigger 1.5-liter four-cylinder TSI engine with 150hp and 250Nm will also be available. Both a 6-speed conventional and a 6-speed torque converter six-speed automatic are anticipated to be available for the 1.0 TSI. In contrast, the 1.5 TSI is projected to come with a single 7-speed DSG automatic transmission, comparable to the Taigun.

It can handle practically everything you can toss at it because of its exceptionally strong ladder frame construction, 238mm of ground clearance, superb axle flexibility, and four-wheel drivetrain with shorter range gearing. We started cautiously (we didn't have a backup vehicle in case we got stranded) and drove through some easy 4WD tracks.

Yes, if you want to attract attention wherever you go. This car's imposing appearance and commanding presence on the road will bring you a slew of admirers. It also boasts a powerful diesel engine, plenty of interior room, and a surprising level of equipment. It does, however, have several flaws. The transmission is sluggish, the ergonomics are poor, the interiors are practical, the ride is bumpy, and it will be expensive. Final verdict: a good ride for the younger generation!

But keep in mind that the Polo could be a niche product with a single purpose: to destroy just about anything that gets in its path. This SUV has a long history and is regarded as a classic. Unlike other legendary automobiles, which are primarily designed for show, Polo is not one of them.