The S4 was the car's initial name, and it was presented as such during the 1995 London Motor Show. That was before Audi intervened, threatening legal action over using a title already used on one of their sports cars. Gothenburg could hardly complain, given that Ingolstadt was providing turbo diesel for the bigger 850 series.

As a result, the automobile was renamed the S40 - or V40 in the case of the estate variant. V40 was one of Volvo's 'lifestyle estates.’

Despite its compact dimensions, the Volvo S40 was designed with a transverse five-cylinder in-line engine, which is a unique feature in the compact class. It is powered by new petrol engines, a refinement of the low-friction engines that also power Volvo's biggest vehicles.

A new selection of engines for the so-called "2011 model" became available at the end of May 2010. Models under these lines of engines included S40 1.6, S40 2.0, and S40 T5 petrol engines, with the T5 type exclusively available with front-wheel drive and automatic transmission. S40 DRIVEe and the new D2, D3, and D4 diesel engines were also available under this series. The T5 model with a petrol engine of 2521 cc had a 5-speed and 6-speed manual transmission. The T5 version produces 230 PS at 5000 rpm and 320 Nm of torque at 1750 rpm.

Production of these variants ended in May 2012.

The S40 is the result of a joint venture between Volvo Cars and Mitsubishi, in which the two firms built their portfolio of cars side by side on a common technology platform at the Dutch NedCar plant.

Volvo offered the compact version with the same comfort and safety that owners of the larger 850 had enjoyed for years with the introduction of the S40. The first generation of this model lasted ten years, from 1995 to 2004. From 2004 through 2012, the S40, where the S stands for Saloon, launched its second generation. The S40 and the V40 line were the cars that finally convinced purchasers that Volvo could make a viable compact executive vehicle.

Despite its discontinuation in 2012, its appeal in the used car market still holds good. The last price recorded for S40 was 26 lakhs since it has been discontinued in India and globally.

The high degree of theft prevention combined with the incorporation of the world's most modern safety systems has resulted in this automobile having incredibly high preventative and protective safety levels. This is made feasible by several interconnected components, including a highly rigid body, a redesigned frontal structure, and a new intelligent driver information system.

The engine's compact size aids the car's exceptional collision safety. The chassis was designed in tandem with the new engines to produce driving characteristics comparable to Volvo's bigger sedan models.

Volvo S40 introduced the IDIS(Intelligent Driver Information System), influenced by fighter aircraft technology. It helps the driver avoid being distracted from the integrated GSM telephone signals and certain peripheral information. This system allows the driver to delay the delivery of messages while overtaking or braking until the situation is calmer.

The S40's body is 68 percent stiffer than its predecessor. This torsional stiffness leads to road behavior that is steady, predictable, and constant. With its wide track and lengthy wheelbase, the car's chassis contributes to its overall stability.

The all-new Volvo S40 is also equipped with DSTC, i.e., Dynamic Stability and Traction Control, which helps rectify the vehicle's progression and poise in case of skidding. It has potent ABS brakes, which have an electronic brake-force distribution to the rear wheels and automatic panic braking assistance known as EBA(Emergency Brake Assistance).

The MAF sensor in Volvos frequently jams and causes stalling, necessitating its replacement or cleaning. Headlight switches can also fail and need to be replaced by a professional. Blocked sunroof drains have been another issue with this model.

It is packed with novel safety systems and a strong engine, but it has a few limitations in terms of comfort features compared to its competitors and a high ownership and maintenance cost. 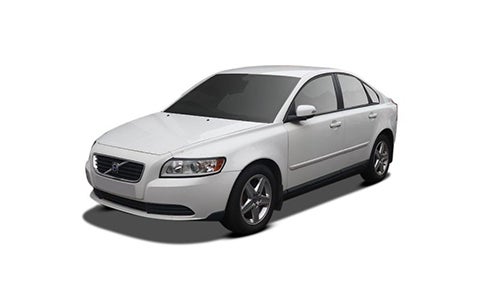 Volvo was one of the first automakers to adopt the concept of low-CO2 vehicles. The S40 DRIVE variant is equipped with a 113bhp four-cylinder D2 diesel engine and a stop/start, reduced suspension, eco tires, and drag-reduction wheels and trim. It's the cleanest Volvo S40, with just 99g/km emissions and a combined fuel economy of 74mpg.

Because of the dropping roofline, there is a noticeable shortage of headroom in the back, and the small rear doors make loading child seats problematic. The adaptability of an aging Volvo was boosted with a fold-flat front passenger seat and collapsing rear seatbacks. The S40's shorter wheelbase makes legroom for adults significantly narrower than its main competitor in the segment, the Volkswagen Jetta. Thanks to its compact design and packing, the engine is 200 mm leaner and 25 mm shorter than that found in big Volvo vehicles. The engine is lighter as a result of its compact design. It also adds to excellent collision safety when combined with Volvo's architecture and a transverse engine installation since there is more capacity for deformation in the engine compartment.

The S40 has a five-star Euro NCAP safety rating and is equipped with the Side Impact Prevention System (SIPS). Thus, its reliability is a strong point. All models come standard with curtain airbags, stability control, and whiplash-reducing front seats, as well as complete headrests for all five people.

If you don't care about razor-sharp handling but yet want a sleek, prestigious compact saloon or estate at a reasonable price, the S40 is the car for you.