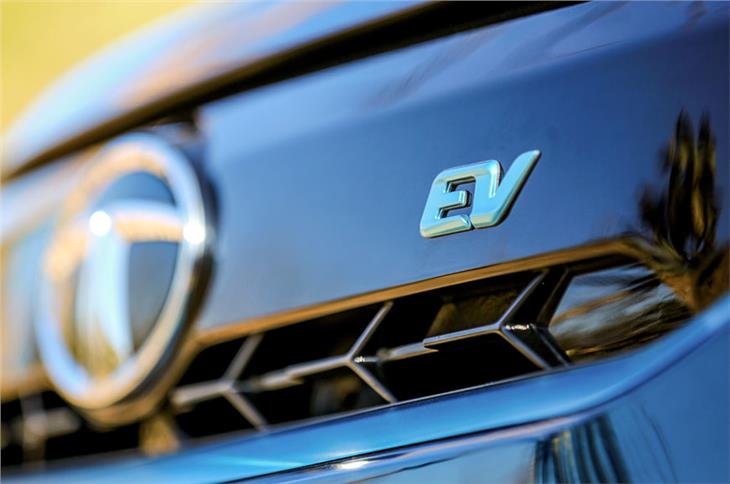 The world of electric vehicles is quickly becoming bigger and a lot more competitive, even in the Indian market. With the availability of EVs found in practically every manufacturer in the country and the increasing demand for them, Tata has announced that they will be launching a lineup of brand new EVs in the coming months. As we have already seen with the Nexon EV, Tata knows what they’re doing in the EV market. So, what can we expect in 2022? Let’s find out.

Tata had set a launch date for the highly-anticipated Altroz EV back in 2020 but the worldwide pandemic pushed that dream back a few years. Even though the rescheduled launch date for the Altroz EV was set for March 2022, there has been a further delay. Now, it seems that Tata has set a date for June of 2022 for the upcoming Altroz EV. Inside the Altroz EV, Tata is expected to include a semi-digital instrument cluster which might be a step backward for the company. Otherwise, the Altroz EV is expected to come with other features like automatic air conditioning, a touchscreen infotainment system with Android Auto and Apple CarPlay connectivity, and a powerful audio setup. The Altroz EV is expected to get its power from a 30kWh Lithium-Ion battery pack and is rumoured to have a maximum range of 300 kms on a single charge. If the regular Altroz is anything to go by, the Altroz EV is destined to be one of the best electric vehicles in the country.

As we have already seen, Tata had to push back their initial launch dates because of COVID-19 and the Sierra is just one of the vehicles that were delayed. Originally displayed at the Auto Expo back in 2020, the Sierra gained a lot of hype for being one of the best-looking electric SUVs in the country. However, the launch date has been pushed back even further for the Sierra which in turn should raise our expectations as well. One of the first things we can expect is that Tata will include an upgraded version of the Ziptron EV powertrain which is currently being used in their EV models. If that is the case, the Sierra will offer a range of about 400 kms on a single charge – something very few EV cars can do right now. However, Tata is expected to first release petrol and diesel variants of the Sierra before the EV version. Some of the features seen on the concept include dual-tone alloy wheels, LED headlamps, and taillights, and will feature the IMPACT 2.0 design by Tata which is based on the ALFA-ARC platform for its design and safety features.

The automotive industry in India has been developing rapidly and Tata has been leading the race to create a cleaner world. Electric Vehicles or EVs are soon going to be a huge part of our future and the Tata Tiago EV seems like a great way to get there. Powering this car is an expected 21.5kWh Lithium-Ion battery that could offer an impressive 213 kms range on a single charge. Charging the battery to 100 percent should take about 6-8 hours while there could also be fast-charge capabilities that would reduce that time to just 1.5 hours. As of now, not much is known about the Tiago EV other than Tata is expected to launch the model sometime this March of 2023. Currently, Tata sells the regular Tiago which is an exceptional performer and a fan favourite in the country. With an electric option up for grabs, we should see the Tiago EV easily compete with its fuel-guzzling cousin.

Are you looking forward to the above-mentioned Tata EVs and what they potentially have to offer? What do you think the future of automobiles has to offer India? Will more people switch over to EVs or are people comfortable driving their petrol and diesel-powered vehicles? Let us know what you think.