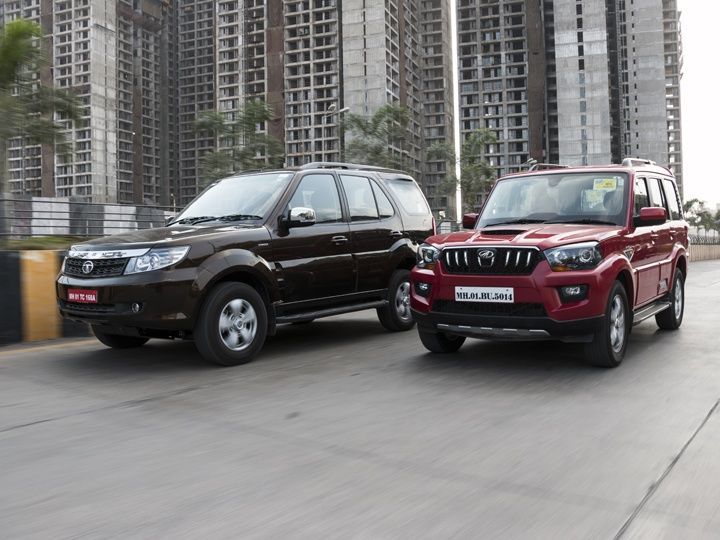 In a country rich in political figures as well as wealthy celebrities, India stands out for its tight security and safety. These VIPs need the best when it comes to protection and transportation which is why they trust only a handful of names. Here are the best cars designed to satisfy every VIP or the VIP in you.

Originally launched in 2015, the new Toyota Land Cruiser is a beast of an SUV. Under the enormous hood, the Land Cruiser houses a powerful 4.5L DOHC V8 diesel engine that can produce up to 265 BHP and an impressive 650Nm of torque. The car comes with a 6-speed automatic transmission and features 4-Wheel-Drive capabilities.

When you think of the perfect brand for VIPs, Mercedes-Benz is definitely one of the best and the new GLS is a standout performer. It is powered by a 5.5L V8 BITURBO petrol engine that offers 584.6Ps of power and 760Nm of torque and is mated to a 9-speed automatic transmission system with All-Wheel-Drive.

Land Rover has been a popular option for most VIPs across the world and the Range Rover offers some of the best features available in the segment. The Range Rover can be had with 4 different engine options including a 3.0L V6 petrol, a 5.0L V8 petrol, a 3.0L V6 diesel, and a 4.4L V8 diesel. All the variants house an 8-speed automatic transmission system that has 4-Wheel-Drive abilities.

BMW is another massive brand that sells cars that feature premium quality designs made for the rich and famous. The 7 Series sedan is powered by either a 3.0L 6-cylinder petrol, 3.0L 6-cylinder diesel, or a 6.6L V12 diesel engine. The engines are mated to an 8-speed automatic gearbox that produces 261 BHP and 620Nm of torque. The interiors of the BMW 7 Series is, by far, some of the most high-quality features in this segment.

Check out all the used BMW 7 Series cars in Pune

With some of the best specifications available, the new Toyota Innova Crysta stands out for all the right reasons. Under the hood, the SUV packs a host of engine options which include a 2.4L diesel, 2.8L diesel, and a 2.7L petrol model. While the diesel model offers 171.5 BHP and 360Nm of torque, the petrol variant produces 163.7 BHP and 245Nm of torque. The diesel options feature a 5-speed manual and 6-speed automatic transmission systems while the petrol model has a 6-speed automatic gearbox only.

Mercedes-Benz is the most used car manufacturer among VIP because of the premium quality and luxury it offers. The S-Class sedan comes fitted with a 3.0L Inline-Six diesel engine that is capable of producing 286Ps of power along with 400Nm of torque. The other engine option comes in the form of a powerful 3.0L V6 petrol engine that offers 367Ps and 500Nm. Both variants are fitted with a 9-speed automatic transmission gearbox.

The Mahindra Scorpio is one of the most popular SUVs in India and is used by politicians for its rugged design and superior comfort. It houses a 2.5L m2DICR diesel engine with 4-cylinders and produces 75Ps of power with 200Nm of torque and is mated to a 5-speed manual transmission. The car can also be had with a 2.2L mHawk diesel motor that produces a maximum of 140Ps and 340Nm and is available with a 6-speed manual gearbox. A used car valuation tool can help you buy the latest model of the Scorpio for a great deal and can be found online for free.

Considered to be one of the best-looking SUVs in the country, the Toyota Fortuner combines performance perfectly with style. It is powered by either a 2.8L 4-cylinder diesel engine or a 2.7L 4-cylinder petrol motor. The diesel variant produces 177Ps of power with 420Nm of torque and is mated to a 6-speed manual or automatic transmission. Coupled with a 5-speed manual or automatic gearbox, the petrol engine offers 166Ps and 245Nm.

Check out all the pre-owned Toyota Fortuner cars in Bangalore

Ever since the Tata Safari was first launched, it has been making waves across the country and the new model is doing the same. It houses a 2.2L VARICOR diesel engine as well as a 2.2L VARICOR400 diesel engine option. The VARICOR variant produces 150Ps of power with 320Nm of torque and has a 5-speed manual gearbox while the VARICOR400 offers 156Ps and 400Nm and comes with a 6-speed manual transmission.

Check out all the old Tata Safari Storme cars in Delhi

If you are a VIP or want to live like one, the cars mentioned here will definitely get the job done. They are not only extremely safe but offer superior comfort, performance, and luxury as well. Whether or not you’re a VIP, getting your hands on one of these beasts takes nothing more than selecting the one you want, preparing the RC transfer papers, and driving away in style.