This is why cars are catching fire this summer! Are you safe? 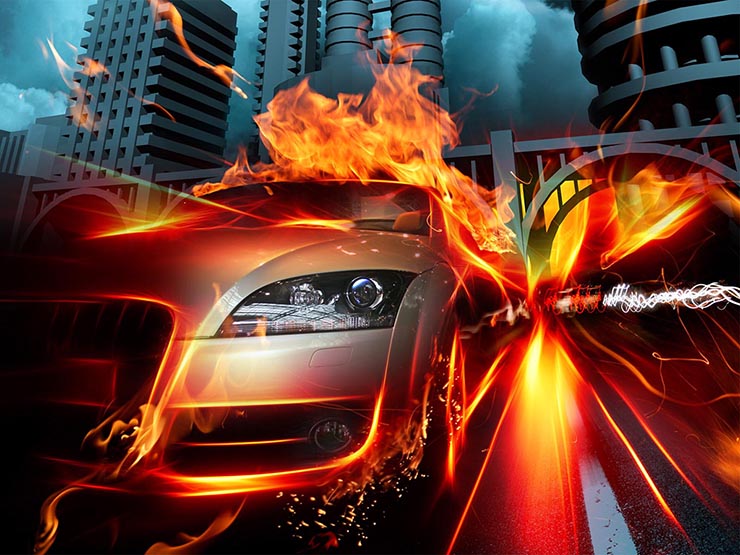 Summers can be harsh not just for you but for your vehicle as well. Unfortunate incidents of fire outbreak in moving vehicle or cars parked under the harsh sun make it to the news headlines every now and then. Read on as we list down some common car fire causes along with tips on prevention.

It is needless to say that maintenance is a crucial step to follow for better health of your vehicle. It is always recommended to take the car to the service station at regular intervals as prescribed by the car manual. It is also mandatory to choose a trusted technician, preferably company-owned service stations for the maintenance of your car. There have been incidents where a fuel leak or overheating of the engine due to lack of coolant liquid in the radiator has resulted in the car catching fire while on the drive or even while parked in the sun. It is due to these reasons, maintenance can help you prevent your car from any such unfortunate scenario.

One example of improper maintenance being one of the car fire causes was witnessed recently when a month old SUV caught fire near Ibrahimpura Cross in Yadgir district, Karnataka. Bystanders have stated that the SUV’s engine caught fire and soon, the flames gutted the entire car. According to a news daily, the reason for this unfortunate incident was a short-circuit that happened in the engine’s bay under the hood.

Car Fire Causes – Storage of combustible material in the car

One of the major car fire causes is storage of combustible material in the car. It is always recommended to never store combustible material in your vehicle. A pressurized can such as a deodorant bottle or pressurized can of air-freshener could get really hot and explode inside your car when parked under the sun resulting in a fire. It is also advised to never smoke or use the cigarette lighter soon after spraying aerosol based deodorant inside the car. Aerosol-based sprays act as a major fire hazard for your vehicle. 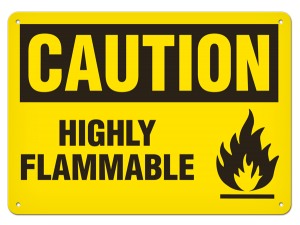 Recently a man sustained serious injuries after spraying an aerosol can of deodorant and then lighting a cigarette while inside a vehicle in Baltimore County, Maryland, United States. Baltimore County Police said the man was sitting inside his vehicle and even though the windows were open, air blowing in the car pushed the aerosol fumes further into the vehicle When the man lit the cigarette, a “sudden, violent, expansion of air” occurred, damaging the car and shaking a building nearby.

Smoking is not only harmful for your health but is also one of the car fire causes. Ashes from a lit cigarette could burn the upholstery of your vehicle resulting in a car fire. The push-type car cigarette lighter also can lead to a short circuit, which can, in turn, result in flames gutting down your car. One such incident was reported from a state in Russia where a car started burning into flames soon after the driver threw his burnt cigarette butt off the window. Apparently, the burning cigarette fall on the car upholstery resulting in major flames engulfing the car soon after.

It is a common scenario in a country like India where drivers often install aftermarket substandard CNG/LPG kits on their vehicle. This is mostly done by un-professional mechanics which result in damaged car chassis because of holes made to fit the CNG/LPG cylinder in the boot space. These holes can act as a passage for the highly flammable fuel through the cylinder to your cabin. This proves as a major fire threat to your vehicle.  A factory-fitted or a standard CNG/LPG kit comes with an automatic cut-off on detection of a leakage. However, there’s no such feature on the cheaper aftermarket units and hence, they end up being one of the major car fire causes. 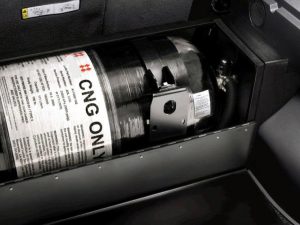 One such incident was reported in 2008, when three people travelling in their hatchback in New Delhi, India were burnt alive when their car was hit by a speeding truck and the aftermarket installed CNG kit on their vehicle leaked, resulting in the car burning in flames within 10 seconds. All three people were charred to death in this incident.

It is always advised to never accessorize your car with sub-standard accessories by un-professional mechanics. Tampering with the electronics on your vehicle could become a major reason for a short-circuit under the hood. Many incidents have been reported in recent times where people installed extra LED lights, customized horns etc on their vehicle and this resulted in a car fire due to short-circuit caused due to loose connections done to the central electronic system of the car. Your senses are your first defence against any threat of fire in your vehicle. It is always advised to remain alert for the pungent burning smell in your vehicle which could be coming from initial fire burns. An early detection of fumes could prevent a major fire outbreak. 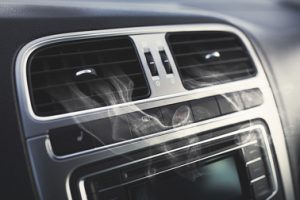 These were the common car fire causes along with the related safety measures to prevent fire accidents.