PAL-V Will Be The First Flying Car For India - All About Buying & Selling of Used Cars, New Car Launches

PAL-V Will Be The First Flying Car For India 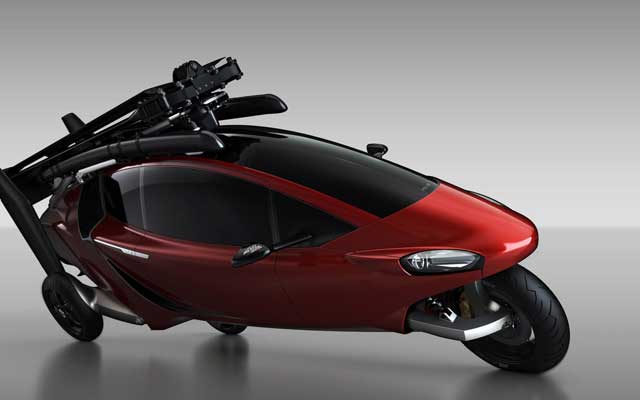 Remember those fictional movies we all watched while growing up? The ones with flying cars that always left us fascinated with a dreamy picture of what the future would look like – this is soon going to be a reality, even in India! Netherlands-based carmaker, PAL-V (Personal Air Land Vehicle), will soon setup a production facility in Gujarat. The company plans to start the production in 2021 and a Memorandum of Understanding (MoU) has already been signed by the state’s Principal Secretary MK Das and Carlo Maasbommel, Vice President- International Business Development Division, PAL-V. As per a statement released by the company, the government would assist PAL-V obtain all the necessary approvals that will be required to setup the manufacturing facility in Gujarat. 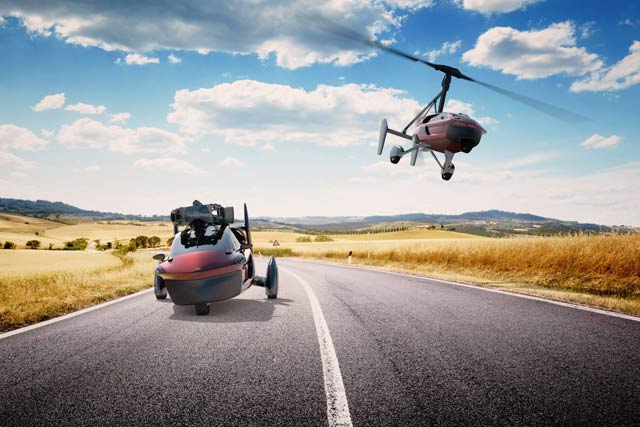 While this is a very exciting news, it needs to be mentioned here that the market launch of the new model could take anything between 2 to 3 years. That said, bookings for the flying car have already started in certain international markets. However, making the flying car legal for use in India might take time as the authorities will have to chart out entirely new regulations for this new class of cars.

The flying car can attain speeds of up to 160 kmph on road and of up to 180 kmph in the skies. Maasbommel has revealed that his company has already received orders to export 110 such flying cars from India. Explaining further, he said, “The PAL-V flying car, having two engines, can run at a speed of 160 kilometres on road and can fly at a speed of 180 kms. The car can turn into a flying vehicle in just three minutes and cover a distance of 500 km on a full tank.” As per a statement, the company chose Gujarat to set up its base due to the world class infrastructure that the state offers.  Also, he state offers strategically located commercial ports that can help the company easily export the cars to US and Europe.  Let’s now divulge deeper into what this flying car for India is all about.

At a starting price of INR 2.6 crore for the normal “Liberty Sport” version, the PAL-V Flying Car does not come cheap. And we have not even accounted for import duties and other taxes. The premium “Liberty Pioneer Edition” is even more expensive and will set you back by about INR 3.9 crore.

Reserving one for yourself is not cheap either. For the base Liberty Sport version, a deposit of INR 6.6 lakh needs to be made. For the Liberty Pioneer Edition, the same goes up to INR  16.5 lakh. More details can be had from their website.

The flying car can seat two people and be used both on ground and in the skies. The new model, which will be based on a prototype shown earlier, will be sold to personal buyers. The company has already asserted that the gyroplane cannot stall mid-air and that it has safe emergency landing facilities. It’s also quite easy to maintain.

The company claims that it takes about 10 minutes to convert the car from driving mode to flying mode and vice-versa. All it needs for take-off is a straight road of about 330 meters. This 2-seater flying car also take a maximum load of 264 kgs and has an optimal cruise speed of 140km/h for best fuel economy. At these speeds, all you would take is just over four hours from Delhi to Udaipur or 6.5 hours for the Mumbai to Bangalore flight. Even for road usage, the PAL-V Liberty has impressive specs with a top speed of 160km/h and a 0-100km/h acceleration of less than 9 seconds! And finally, lets have a look at the features of the first flying car for India. Do note that engine specifications and performance metrics remain same for both the models discussed below.

The flying car conforms to the existing international air and land rules, including those laid down by EASA (European Aviation Safety Agency) and the US FAA (Federal Aviation Authority). The company has also said that it will train buyers to acquire certification to fly the vehicle. This training process will take 35-40 hours. This car could also be sold to police forces and coast guards as a first response vehicle. Other than PAL-V, even Toyota, Geely and Airbus-Audi are working on gyroplanes that can be operated both on land and air by private car buyers.

Interesting enough? Would you be one of the first Indians to buy the PAL-V Liberty flying car? Start saving up and in case you want to sell your used car to make way for this one, head over to our home page for a free car valuation in seconds!