Hatchback vs Compact SUV - Which is better? We help you decide!

Hatchback vs Compact SUV – Which one should you pick? 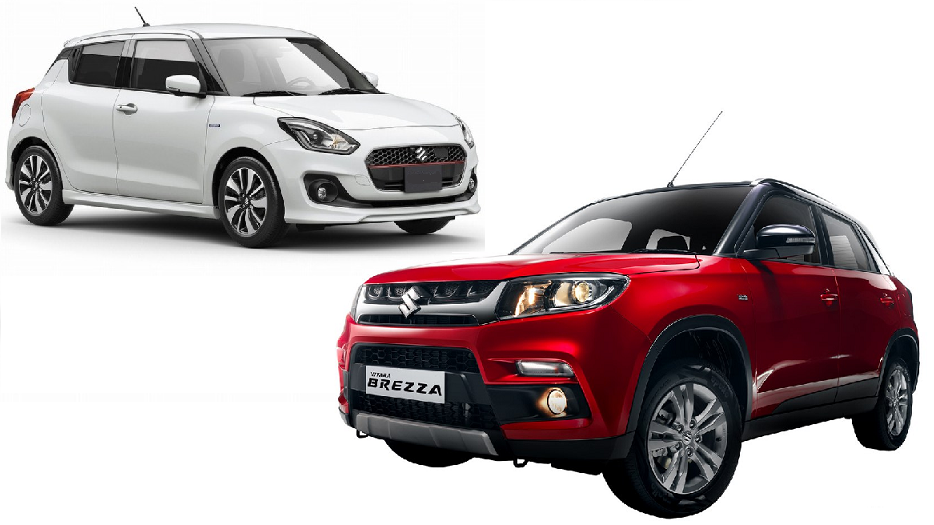 Compact SUVs have been outselling similarly priced hatchbacks for quite a while now. This is not surprising, for a compact SUV brings in many advantages at only a slightly higher price. But are these sub 4-metre SUVs a better choice than the premium hatchbacks? Cars24 decides to compare the two to find out the definite answer to all the hatchback vs compact SUV queries.

READ ALSO- Why Does Toyota Innova Crysta have a High Resale? – We Explain!

Most of these compact SUVs try hard to offer the kind of ruggedness that’s associated with the true-blue off-roaders. Of course, you really can’t take one of these off the road but a high ground clearance comes in handy while trodding over the broken surfaces. Also, you can simply sail thru the many absent-mindedly created speed-breakers that are prone to hit the underbelly of hatchbacks and sedans. Finally, the plastic cladding saves the bodywork from small scratches and dings.

As compact SUVs are taller than the hatchbacks and the sedans, you sit at a higher height. This helps you get a better view of the road. This is advantageous especially in crowded areas, where negotiating through other road users gets a bit tricky. A height advantage lets you have a better view of your surroundings. In comparison, it gets a bit tough to make your way through traffic in a typical low slung hatchback or sedan.

While most of the compact SUVs offer only as much space as a large hatchback, there’s still an advantage of higher practicality. You can simply fold a seat or two and boost the luggage-carrying capacity with ease. Thanks to these mini-SUVs being taller than hatchbacks, the cabin is not only airier but also offers more space to load a large piece of luggage. Also, you can mount your bicycles on hatch door or fix a luggage rack to the roof without becoming an odd-sight on the road.

Most hatchbacks are not only lighter than their compact SUV counterparts but also come with small engines. The end result is that they end up having a mileage in spite of offering similar performance. So, ultimately, hatchbacks end up not only being easier to buy but also easier to run. Also, they are easier to maintain due to lower cost of spares. One ends up spending a lot lesser on maintaining a hatchback than a compact SUV. It makes far more sense to buy a Ford Figo over an EcoSport if low running costs is what you’re looking for.

While Compact SUVs like the Ford EcoSport are sufficiently fun in the corners, hatchbacks like the Fiat Punto or even the new Figo are a tad better. This is simply because the hatchbacks have a lower centre of gravity, which means the body roll is better contained and you feel more confident while pushing a car in the corners. The major issue with Compact SUVs is the higher body roll. This is simply because of the high ground clearance. Hence,  you can carry a higher speed into a corner in a sporty hatchback without worrying about things going out of control.

It’s more of a personal choice, really. We have already highlighted the benefits of both the type of vehicles above. You can buy a hatchback with pretty much your eyes close in case you are on a budget. A hatchback is also easier to maintain, which means you continue to save money in the long run. Also, some of the hatchbacks are better cornering tools than most of the compact SUVs. On the flip side, a compact SUV will offer you a higher street presence along with more ruggedness. It will also turn out to be more practical. You benefit from all such virtues by spending a bit more than what you’d spend on buying a hatchback. However, there’s enough to justify every penny of that premium. Go for a hatchback in case you are on a budget or need something sporty. A compact SUV should serve you well in case you crave for a higher street presence, more ruggedness and a higher practicality, and don’t mind spending a bit extra.

We hope this post has been able to solve all your hatchback vs compact SUV woes.

If you wish to sellyour used car,visit us at CARS24.