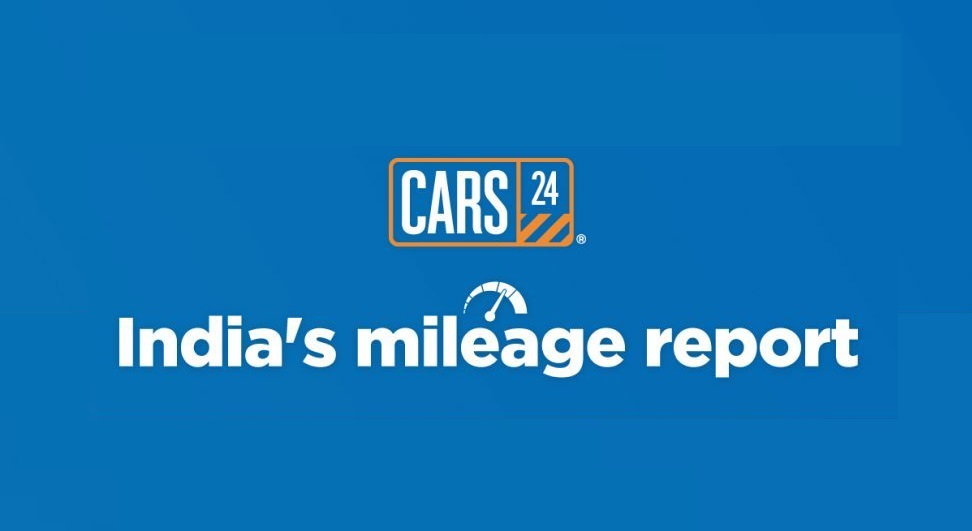 Reveals The Mileage Report by CARS24

New Delhi, January 09, 2023: 2022 proved to be an interesting year for the automobile sector with an increased inclination amongst Indians towards purchasing and selling pre-owned cars. The last quarter of the year, especially, saw a growth in demand for used cars, highlights CARS24, India’s leading e-commerce player for pre-owned vehicles. The platform recorded a massive ~75 percent jump in the sale of pre-owned cars in the Oct-Dec quarter (Q4) from Jan-March quarter (Q1).

With people willing to spend a higher amount on cars without compromising on their choices, safety or quality, the e-commerce player also noted a 30 percent increase in the average buying budget during the year.

As more Indians came closer to fulfilling their car dream in 2022 CARS24 has today shared a snackbreak worthy pan India Mileage report 2022 highlighting key trends and the changing criteria for purchasing cars that will define the country’s car buying behaviour in 2023 as well.

While there has been a shift towards premiumisation of cars, mileage continues to be the most important factor for an individual while purchasing a vehicle. In 2022, users enquired about the mileage and the average of various cars in different fuel choices, every 2 minutes! Unsurprisingly, the most asked question was: “Yeh car average kitna deti hai?”

Interestingly, it was not the only important factor. Premium features like airbags, driver assist system, autoplay music systems, giant screens, camera controls, sunroofs, etc were also a popular ask, with consumers willing to spend more money for these features. This trend is expected to continue in 2023.

There was also a significant surge in people buying cars in different colours such as red, black and blue beyond the traditional white/grey.

Maruti was LUV but other brands were not far behind

Maruti continued leading the race for the most popular car brand in India in 2022, with every 1 in 3 buyers purchasing a Maruti car.. The highest number of  Maruti cars were bought in New Delhi, Mumbai, Bangalore and Hyderabad followed by Kolkata, Lucknow, Pune and Ahmedabad. Hatchbacks that include Swift, Baleno, Alto, WagonR, and Celerio were the most sold Maruti cars in 2022 while the sale of mini SUVs such as Vitara Brezza picked up.

Maruti was closely followed by Hyundai, Honda and Renault, and Ford and the sale of younger brands such as Kia picked up in the last quarter of the year.

Fun Fact: Even though Ford has stopped producing cars, it continues to be a top choice amongst Indians while purchasing a pre-owned car.

“EMI Banado” — India wanted its cars to be financed in 2022 ; More millennials bought their first car

According to the data shared by CARS24, an increased number of Indians preferred getting their cars financed in 2022. Maximum number of cars were financed for users in cities like Hyderabad, Lucknow and Kolkata. The highest loan was taken for ₹25L by a user in Delhi.

While financing, Indians preferred the tenure of 6 years for the  flexibility to pay and decreased payment burden. The average EMI amount in 2022 was ₹11500, and the majority of loans were taken by salaried professionals.

Owing to the availability of financing options, 2022 also recorded more millennials buying a car with a majority of buyers under 35 years old.

The sale of pre-owned cars picked up pace in tier II markets with Pune and Ahmedabad recording maximum car deliveries. Baleno was the most popular car in both cities.

A user in Pune, in fact, bought a car worth ₹33 lakhs (A Mercedes C Class)

Cars have already been added to cart in the very first week of 2023 in Jaipur, Kochi, Lucknow, Patna, Ludhiana, Chandigarh and Coimbatore.

Amongst metro cities, Bengaluru purchased the maximum cars in 2022 followed by Mumbai, New Delhi, Hyderabad and Chennai. Swifting through the heavy traffic with its smaller size and great speed, Maruti’s Swift was the most popular car in Bengaluru, Delhi and Chennai while Mumbai shopped for WagonR and Hyderabad fell in love with the Hyundai Grandi10.

The year of buying and selling more cars

Another interesting trend revealed in CARS24’s Mileage Report suggests a whopping 81 percent year-on-year surge in the number of people buying more than 1 car in a year.

Not only did people shop for more cars, the year also witnessed an all-time high in people selling more than 1 car this year with maximum sellers from New Delhi. Overall, Indians  sold cars worth  thousands of crores in 2022 alone.

AND THE AWARD GOES TO

Commenting on the recent trends, Gajendra Jangid, Co-Founder, CARS24 said, “We are grateful to our customers across India for making us a part of their families and trusting us with their car buying and selling journey time and again. 2022 was a fantastic year with trends that will shape the industry in the future. We look forward to driving the wheels with our customers and changing the way India shops for cars!”

For regular updates on CARS24, follow us on: https://www.linkedin.com/company/CARS24

Report in the media :