Buying a Used Mahindra XUV500 - Things to watch out for

Buying a Used Mahindra XUV500 – Things to watch out for

Buying a Used Mahindra XUV500 – Things to watch out for For a long time, Mahindra had been banking on utilitarian SUV’s which are more focused towards functionality than form. Things, however, took a drastic turn in 2011, when they launched their brand new flagship product that would sit over their prized Scorpio, the XUV 500. The XUV 500 was totally different compared to what Mahindra had created before. It was plush, equipment-laden and had a very contemporary approach to its overall design. In just 7 years of sale, the XUV 500 has seen 3 different generations of models including the latest 2018 variant which was a very thorough overhaul. Needless to say, the XUV 500 racked up a lot of sales translating to a large availability in the used market. So here, we will take a look at some of the key areas you should definitely pay attention to if you intend to purchase a used Mahindra XUV500. Apart from that the brakes lacked bite and felt very wooden. The owners confirmed that resetting the excess play or bleeding the brakes did not solve the issue. The solution was provided by Mahindra in the form of free replacement for all old units with brand new pads and pedals manufactured by Bosch. So be sure to keep an eye on how the brakes are functioning on the used XUV 500 you intend to purchase. If they are emitting any screeching or grinding sounds, you know what the problem is.

Doors Rattling and Not Closing

This issue is more commonly reported in the second generation models. The panel beneath the doors of the XUV 500 is highly susceptible to vibrations and excessive rattling. This becomes very apparent when you are driving over a rough patch or an uneven road. The cause behind this is loose screws and nuts beneath the door panels grinding over each other or other metallic parts. Another common issue with the doors is that they won’t shut properly in one go. They have to be repeatedly slammed to get a sure shot lock. This problem is caused by a defective locking mechanism. The lock issue is more prevalent on the front doors than the back. When you are taking the used XUV 500 you intend to purchase on a test drive, be sure to observe the door panels for any signs of vibrations. Also, ensure that all the doors are closing properly in one go when you close them.

One of the major selling points on the XUV500 was the highly intuitive 7-inch touchscreen infotainment system nestled in the centre of the dashboard. Despite the functionality, it was plagued by its fair share of problems.  The common problems reported include non-readability of USB drives, GPS not showing location properly or not opening at all, frequent crashes and so on. In order to fix this issue, Mahindra had released a thoroughly updated firmware which overwrites the existing one installed from the factory. This firmware change is enough to fix all the issues in one go. So be sure to check all the functions of the infotainment system on the used XUV 500 you are looking to purchase. Certain models from the first generation of the XUV 500 were highly prone to clutch issues. Several owners complained that the clutch of the Mahindra XUV 500 was suffering from various problems. The most common problem was the extravagantly light feel. While a light clutch is preferred in traffic, the XUV 500’s clutch was so light that it felt devoid of any feedback on the whole. Another prevalent issue was the plates burnt off very quickly. A few of the owners suffering from this issue had replaced the plates twice in an interval of 40000 km only to see the plates dying off again. 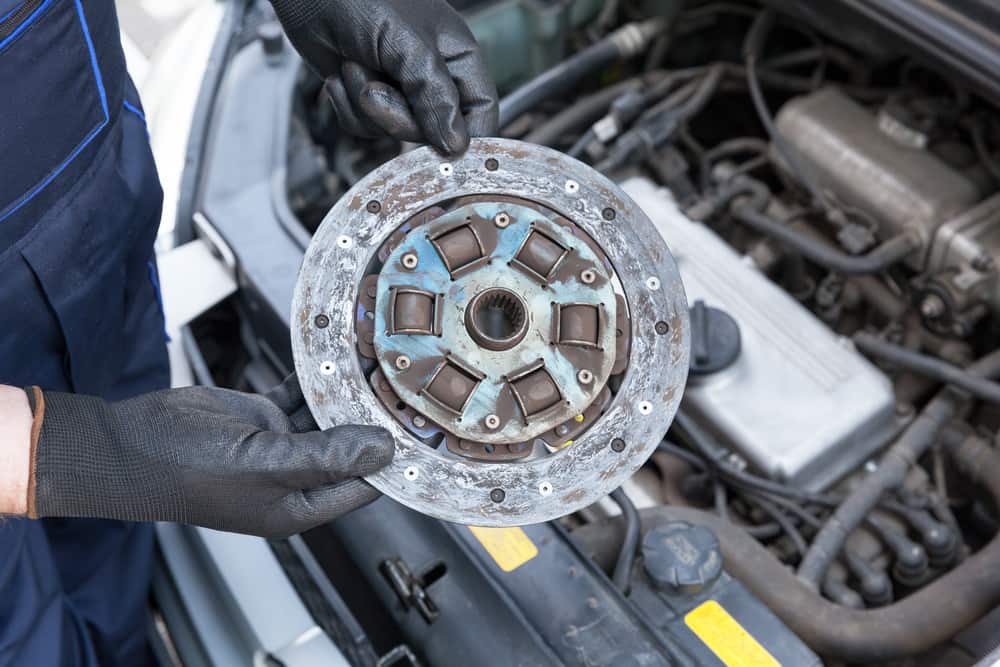 The culprit behind this issue was an altered clutch design which Mahindra introduced in February 2013. To fix this issue, Mahindra had personally contacted the owners and replaced the clutch mechanisms free of cost. They switched back to the older design which where none of these problems were observed. So as a final tip, ensure that the clutch action on the used XUV 500 you intend to purchase is appropriate. In this case, it would be best to get a professional mechanic to inspect the clutch plates from the inside to identify wear and tear.

This is a very peculiar issue that needs to be handled with caution. Many owners have reported that the warning lights on the XUV 500 randomly light up for no rhyme or reason. The most common lights that pop up are the ABS warning lights and the hill ascent/descent lights. If the hill ascent light randomly pops up and you’re normally driving on the road, it’s not a cause of worry, as it is obvious that it is indeed a malfunction. On the other hand, if the ABS Warning light comes up, you can’t immediately identify if the warning light is defective or there is actually a problem with the ABS system. The cause behind this is defective or loose connections of the lights of the respective warning symbols. This issue usually comes up after a few kilometres of driving. So, be sure to observe the instrument cluster of the used XUV 500 you intend to purchase for random warning lights popping up.