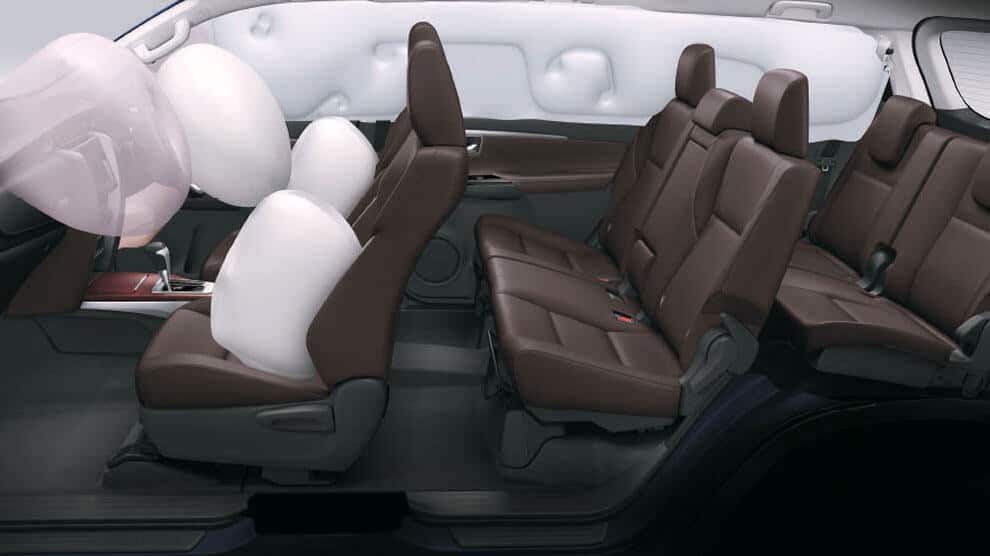 Car safety has improved by many times in the last few years. As per an official report by the Government, there has been a reduction of 20 per cent in the fatalities from road accidents ever since dual front airbags were made mandatory in all cars. However, there are only some cars that offer a full quota of 6 airbags.

In order to enhance the safety quotient, government will now make 6 airbags compulsory in all cars sold in India from October 1. Let’s try to understand more about this move.

What are airbags in cars?

An airbag is basically a safety-enhancing device that acts as vehicle occupant restraint system. It’s a bag that inflates very quickly and then quickly deflate in the event of a collision. The entire airbag system includes an airbag cushion, a flexible fabric bag, an inflation module, and an impact sensor.

An airbag provides cushioning to vehicle occupant in the event of a collision, thereby saving him from grave injuries. Some expensive cars come with as many as 10 airbags while all cars sold in India have 2 airbags. Once the government ruling comes into picture, all cars will have 6 airbags, including driver front airbag, front passenger airbag, and 4 side-curtain airbags.

How do airbags open in cars?

In an unfortunate event of an accident, the crash sensors provided in the vehicle feed the information to airbag electronic controller. The data that is transmitted in milliseconds includes information on collision type, its angle and even the severity.

Putting this information to use, the airbag’s electronic control unit determines if the crash warrants the deployment of an airbag.

In case it detects the need, it triggers all the circuits to deploy the required airbag. Airbags work as a passive safety system. Also, they are fired through a pyrotechnic process that has been designed to be used only once. Once an airbag is deployed, the car needs excessive repairs to install a replacement unit.

Broadly speaking, there are 4 airbags type. Here are the details –

They offer protection in an event of a frontal collision. All cars now come with weight sensor in the front passenger seat. It prevents the deployment of an airbag in case of a small child using the co-driver seat. In older cars that don’t have front sensors, an airbag, on deployment, can cause injury to younger children.

The former is located in the side of the seat and inflates between the driver and the door. The curtain airbag is positioned on the roof and is inflated like a curtain from the car’s ceiling. In most cases, curtain airbags give protection to passengers in the front and rear seats. In some larger vehicles, they are even found in the third row of seats.

Since the dawn of the millennium, many carmakers started offering knee airbags on their costly models. These are positioned under the steering wheel and inflate under the dashboard.

It prevents the knees of the occupants on the front seats from hitting the hard objects that might intrude into the leg space from the collision. This avoids a common injury in the case of frontal collisions.

The last of the airbags type is yet another feature that is available only on the most expensive of the cars. While these are classified as airbags, they’re merely an advanced form of seatbelt that is inflatable. Like seatbelt, they provide a cushion that reduces the impact on the occupants.

Nitin Gadkari, Union Minister of Road Transport and Highways, has time and again stated the need for making 6 airbags compulsory in all cars that are on sale in India.

Earlier, in January this year, the Ministry of Road Transport and Highways even approved a draft notification that makes 6 airbags mandatory in all cars that have a passenger capacity of up to eight people. Such cars will have to be equipped with 6 airbags from October 1 this year.

“We have decided to make it mandatory to provide a minimum of six airbags in motor vehicles… We want to save the lives of the people.

A draft notification has been issued on January 14, 2022, which mandates that vehicles of category M1, manufactured after October 1, 2022, shall be fitted with two side/side torso airbags, one each for the persons occupying front row outboard seating positions, and two side curtain/tube air bags, one each for the persons occupying outboard seating positions.

We need cooperation from all stakeholders (including the automobile industry.” the road transport and highways minister said.

Until not many years ago, the vehicle safety standard in India were far from optimum. However, from April 1, 2019, all cars on sale in the country were required to offer a driver-side airbag as a mandatory fitment.

The passenger side front airbag was made compulsory from January 1, 2022. The government thinks that the increasing the number of compulsory fitment to 6 airbags will make the cars safer and reduce the mortality rate in case of road accidents.

It is also likely to make cars costlier by up to Rs 50,000. This is because carmakers will have to make changes to the body shell and the interior trim to enable the fitment of more airbags.

The move of the government to make 6 airbags compulsory on all cars will actually lead to an increase in prices. However, it’s sure to enhance the safety quotient of every car on sale in the country. This move is expected to even help all carmakers bag higher safety ratings from Global NCAP under the organisation’s #SaferCarsForIndia project.

Q. When did airbags become mandatory in cars?

A. In India, all cars were required to start offering a driver’s side airbag from April 2019. The passenger side airbag was made mandatory from January 2022.

Q. How does an airbag inflate?

A. The crash sensors provided in the vehicle feed the information to airbag electronic controller. The data that is transmitted in milliseconds includes information on collision type, its angle and even the severity. Putting this information to use, the airbag’s electronic control unit determines if the crash warrants the deployment of an airbag. In case it detects the need, it triggers all the circuits to deploy the required airbag.

Q. How fast does an airbag open?

A. An airbag is deployed at a speed of as much as 200 miles an hour!

Q. Why are airbags dangerous to children?

A. As airbags, which are filled with hot gases for quick deployment, open at lightning fast speeds, they might cause injury to children from the force at which they are deployed.

Are you planning to purchase any of the 6 airbags cars in India? If so, CARS24 can not only offer you a great platform to sell your used car online and get the best price for it but even take care of all the necessary documentation, including the RC transfer, totally free of cost. You can also use our old car valuation tool to find out the correct resale value of any car on sale in India.