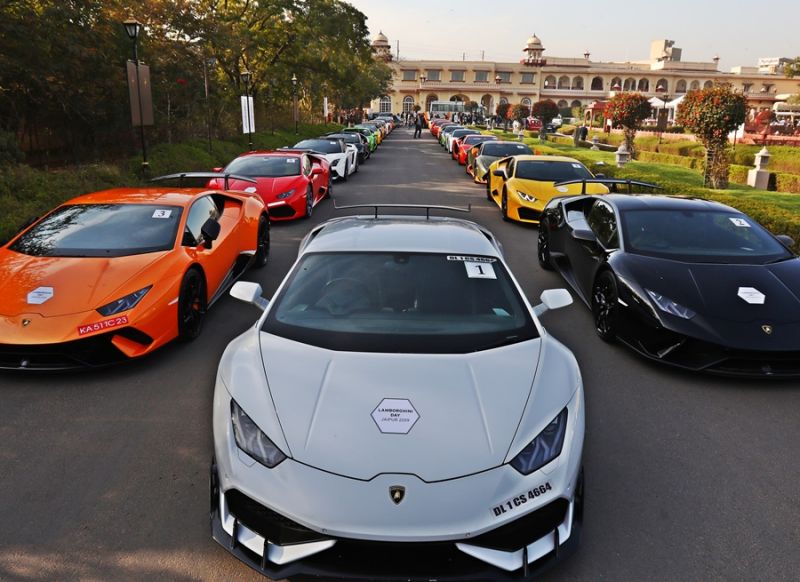 The sight of a supercar is something that excites all of us and the fact that they are becoming more popular in India gives us a chance to see one on a regular basis. Although there are not many supercar models available in the country, there are more than a handful that can be acquired from outside the country. The brands mentioned below sell cars that deliver every level when it comes to performance. Here are the best supercars in India.

The Audi R8 is one of the best-known supercars in the world thanks to its sleek recognizable design. Under the hood of the R8 sits a 5.2L V10 petrol engine that produces 610Ps of power and 570Nm of torque. It is also mated to a 7-speed dual-clutch S-Tronic transmission system which takes the R8 to a top speed of 330kmph and can go from 0-100kmph in 3.2 seconds.

Mercedes-Benz has always been a brand associated with luxury and class and their AMG GT model brings all that into super car design. The car is powered by a 4.0L Twin-Turbo V8 petrol engine which offers 585Ps of power along with 700Nm of torque. The transmission on offer is a 7-speed dual-clutch gearbox. The AMG GT is capable of hitting speeds of up to 318kmph with an acceleration of 0-100kmph in 3.6 seconds.

Powering the Ferrari 488 is a 3.9L Twin-Turbocharged V8 petrol engine that produces 661bhp and 760Nm of torque. The car can go from 0-100kmph in just 3 seconds and can reach speeds of 0-200kmph in an impressive 8.3 seconds. The engine comes with a 7-speed dual-clutch automatic transmission setup.

When you think of supercars, Lamborghini is a name that immediately comes to mind and the Huracan is one of their finest cars available in the country. The car packs a 5.2L Naturally-Aspirated V10 petrol engine that offers 640bhp and 600Nm of torque. It is mated to a 7-speed Dual-Clutch automatic transmission system and has a top speed of 325kmph. The car can also go from 0-100kmph in just 2.9 seconds.

The Nissan GT-R houses a 3.8L V6 Twin-Turbocharged petrol engine that is mated to a 6-speed Dual-Clutch automatic transmission system that produces 570Ps of power along with 637Nm of torque. The car is capable of reaching a top speed of 315kmph and can accelerate from0-100kmph in less than 3 seconds.

Officially known as the most powerful Ferrari with a Naturally-Aspirated engine, the 812 Superfast is a car that sits among the best in its class. Under the hood, the car houses a 6.5L Naturally-Aspirated V12 petrol engine that offers 800Ps of power with 718Nm of torque. It is mated to a 7-speed F1 dual-clutch automatic gear system that can take the car from 0-100kmph in 2.9 seconds. The top speed of the 812 Superfast is clocked at 340kmph.

Lamborghini is a brand known for its supercars and the Aventador is one of the best used cars in the lineup. There are 3 different variants of the car – all which include a 6.5L V12 petrol engine that produces a maximum of 770Ps of power and 720Nm of torque. The car is fitted with a 7-speed automatic transmission that delivers a top speed of 350kmph and can go from 0-100kmph in just 2.8 seconds.

Aston Martin is one of the most exotic cars in the world and comes with powerful features and luxurious interiors. The car is powered by a 5.2L V12 Twin-Turbo petrol engine that produces 608Ps of power and 700Nm of torque. In terms of transmission, the DB 11 is fitted with 8-speed automatic transmission. The engine pushes the car to a top speed of 322kmph and can go from 0-100kmph in 3.9 seconds only.

The Bentley Continental GT is definitely one of the best cars in the supercar segment thanks to the features it has to offer. Under the hood, the car comes with a 6.0L Twin-Turbocharged W12 petrol engine that produces 567bhp and 700Nm of torque. The engine is mated to an 8-speed automatic ZF transmission that can take the car to a top speed of 318kmph. The car can even go from 0-100kmph in 4.5 seconds only.

If you are a supercar enthusiast, these above-mentioned cars will help you decide on the best from the rest. These cars have caused a number of people to prepare their RC transfer papers for their previous models in order to get their hands on any of these models. While they do come with heavy price tags, a used car valuation tool can help you make one of these your own for a better price.