What are BSI, BSII, BSIII, BSIV and BSVI emission norms?

What are BSI, BSII, BSIII, BSIV and BSVI emission norms? 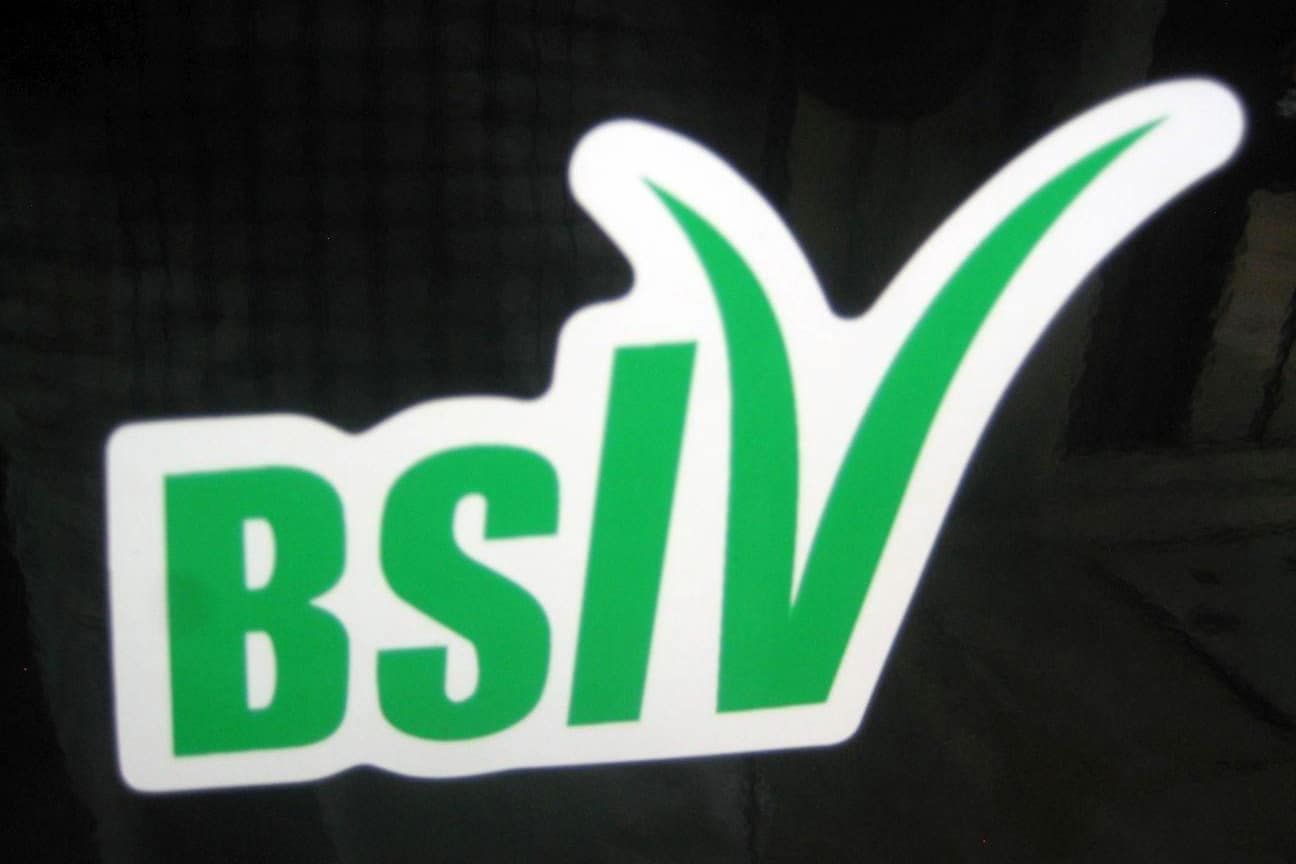 BSI, BSII, BSIII, BSIV and BSVI are Bharat Stage Emission Standards (BSES) that have been instituted by the Government of India

The first emission norms for Indian motor vehicles were the idle emission limits that came into effect in 1989. These regulations were replaced by mass emission limits for petrol engines in 1991 and diesel engines in 1992. By 1995, the use of catalytic converters was made compulsory for all cars that were sold in metros.

As car owners, you must have heard about terms like ‘BS3’ and ‘BS4’ emission standards for a car’s engine. These norms are instituted by the Government of India to define the output of permissible air pollutants from an internal combustion engine that power the motor vehicles. These emission norms and the timelines for their introduction are decided by the Central Pollution Control Board, which comes under the Ministry of Environment & Forests and climate change.

The Bharat Stage Emission Standards are based on European norms, which are commonly classified as ‘Euro 2’, ‘Euro 3’, et al. The regulations were first launched in India in 2000 and have seen several revisions in the last two decades. India 2000, which was based on the Euro 1 standards, was replaced with Bharat Stage II (BSII) norms in 2001. These were followed by BS3, while the latter was then replaced with BS4 standards. India is now all set to leapfrog to BS6 emission standards, which will roll out on 1 April 2020. The sale of BSIV-compliant vehicles will be banned with the introduction of the next level of emission standards.

ALSO SEE – When Should You Change the Tires of Your Car? – Complete Guide

‡ Above cities plus Solapur and Lucknow

Technically speaking, Bharat Stage 1 or BS1 is an incorrect way to refer to the country’s first automotive emission norm that was in reference to the European standards. While it was equivalent to the Euro 1 regulations, the first standard was known as ‘India 2000.’ It allowed a maximum Carbon Monoxide emission of 2.72 g/km, Hydro carbons+Nitrogen Oxides discharge of 0.97 g/km, and Respirable suspended particulate matter discharge of 0.14.

To achieve India2000-compliance, the carmakers were required to re-tune the carburettor, secondary air intake system, exhaust gas recirculation system, increase the catalyser capacity along with the addition of a trimetal coating to the system.

Sales of BSII-compliant cars took place between 2001 and 2010. A major change that was required by the carmakers to upgraded to Bharat Stage II standards was the replacement of the carburettor by a Multi-point Fuel Injection (MPFI) system. BSII norms led to a vast reduction in the emissions, with a maximum permissible Carbon Monoxide emission of 2.2 g/km, Hydro carbons+Nitrogen Oxides discharge of 0.50 g/km, and Respirable suspended particulate matter discharge of 0.08.

Moreover, the Sulphur content in the Bharat Stage II-compliant fuels was restricted to 500 PPM.

BSIII regulation was first rolled out in 2005 and their sale was made mandatory across the nation by 2010. The introduction of the more stringent norms led to a remarkable reduction in emissions from petrol-powered passenger vehicles, with a maximum permissible Carbon Monoxide emission of 2.3 g/km, Hydro carbons+Nitrogen Oxides discharge of 0.35 g/km, and Respirable suspended particulate matter discharge of 0.05.

The diesel models emitted a peak carbon monoxide of 0.64 g/km, a nitrous oxide of 0.50 g/km, and Hydro carbons+Nitrogen Oxides discharge of 0.56 g/km. Furthermore, the Sulphur content in the Bharat Stage III-compliant fuels was restricted to 100 PPM.

Carmakers achieved compliance with the BSIII emissions by installing a catalytic converter that curbed the discharge of Carbon Monoxide and Hydrocarbons.

BSIV norms were made mandatory across the country in April 2017. The pollutants from petrol-powered passenger vehicles were restricted to a Carbon Monoxide emission of 1.0 g/km, Hydro carbons+Nitrogen Oxides discharge of 0.18 g/km, and Respirable suspended particulate matter discharge of 0.025.

The diesel models emitted a peak carbon monoxide of 0.50 g/km, a nitrous oxide of 0.25 g/km, and Hydro carbons+Nitrogen Oxides discharge of 0.30 g/km. Also, the Sulphur content in the Bharat Stage IV-compliant fuels was restricted to 50 PPM. India will embrace BSVI emission norms on 1 April 2020, which means our country will skip on BSV and will directly jump to Bharat Stage VI regulations. The upcoming emission standards will restrict tailpipe discharge from petrol cars to a Carbon Monoxide emission of 1.0 g/km, Hydro carbons+Nitrogen Oxides discharge of 0.16 g/km, and Respirable suspended particulate matter discharge of 0.05.

The diesel models will emit a peak carbon monoxide of 0.50 g/km, a nitrous oxide of 0.06 g/km, and Hydro carbons+Nitrogen Oxides discharge of 0.17 g/km. Also, the Sulphur content in the Bharat Stage VI-compliant fuels will be restricted to 10 PPM.

What will be the BSVI fuel effect on BSIV cars?

With the rollout of BSVI fuels across the country by 1 April 2020, several older cars, which would be compliant to BSIV, BSIII, or BSII norms, will have to run on cleaner fuel. The sulphur content in BSVI fuels is much lower than that of BSIV fuels. Hence, improved fuel will only lead to lower pollution. Talking about the BSVI fuel effect on BSIV cars, the latter could require some fine-tuning in the long run, but there is nothing that the car owners should be worried about. Sulphur works as a lubricant for the injectors of diesel engines, so, the low sulphur content might lead to higher wear and tear in the long run. However, the engines can be safely run for lakhs of kilometres without requiring any additional maintenance.

Some high-end carmakers, like Mercedes, BMW, Audi, and Volvo, have already rolled out BSVI-compliant cars. Moreover, even mainstream carmakers, like Honda Cars India and Maruti Suzuki, have come up with engines that can be easily tuned to achieve BSVI-compliance. However, it is worth mentioning here that the introduction of BSVI-ready engines will lead to a significant increase in the prices of the diesel models. Currently, a diesel-powered car costs roughly Rs 1 lakh more than its petrol-sipping sibling.

With the advent of the BSVI norms, however, this price gap can increase to up to Rs 2.5 lakh. Also, BSVI-compliant diesel will be costlier than the current fuel, which means the price gap between petrol and diesel prices will narrow down to just a couple of rupees. This might take a toll on the popularity of diesel cars. However, various carmakers have been busy looking for a workaround to this. Things should become a lot clearer in the near future.

We are hopeful that you have found the answer to What are BSI, BSII, BSIII, BSIV and BSVI emission norms?. Team CARS24 wishes you happy and safe motoring.