Used Honda City: The Various Things To Look Out For While Purchasing One The Honda City is, without a doubt, one of the most legendary cars to exist in the country. This car brand has enjoyed nothing but fame and respect all the way since its launch in 1998. The City is high on performance, is built like a tank, is spacious, comfortable and what not. With that kind of reputation, it’s not surprising that it is one of the most popular vehicles in the used car market as well. In this article, we will take a look at some important points to consider while buying a used Honda City so that you can make a more informed decision if you intend on buying one.

The important things to look out for while buying a used Honda City:

The Honda City has been mediocre in terms of Ground Clearance. Again it’s a sedan and not an SUV or a crossover, so the 165mm of Ground Clearance it has is actually an acceptable figure. However, for the rough road conditions often witnessed in our country, it is very easy to scrape the underbody of the car when you hit a bad patch. A lot of owners have even reported that the plastic mudguards over the wheels incur damage even on normal speed-breakers. Couple that with the generous performance of the car and it is very likely that sometimes you won’t be able to slow down at the right time. And that is going to make the underbody take the brunt of your actions. So, if you intend to buy a used Honda City, be sure to take a good look beneath the car for all possible signs of damage. This issue is particular to the newest model of the City launched in 2017. The car’s dashboard proudly boasts a beautiful 7-inch touchscreen infotainment system, christened as “Digipad” by Honda. Though it looks really beautiful it was badly affected by a lot of software niggles. Owners have reported annoyingly long boot times, inability to read USB drives and also issues loading the GPS maps. The solution to fix these niggles has been provided by Honda in the form of a software update. However, a lot of owners are actually unaware that these issues even exist in the first place. So be sure to check all the functions of the Digipad and ensure they are all working as they are supposed to. Look Out for High-Speed Twitching/Swaying

If there’s one thing the Honda City is good at, it is going fast. Outright performance is one of the key brownie points on the Honda City. But beware as many cars suffer from sudden steering twitching at high speeds. There could be several culprits behind this problem. The primary culprit is improper wheel alignment. The Honda City’s steering is very sensitive to this factor and can begin to abruptly start twitching when you’re approaching speeds above 80-90 kmph. Another cause for this problem is a faulty steering rack or steering column joint. If you intend to get a used Honda City, be sure to take it for a test ride on the highway or some open road and observe how the steering behaves at those speeds. Also be sure to ride carefully and cautiously at higher speeds. This issue has been particularly observed with the 4th and 5th generation models of the Honda City and is a rather common problem. When you are driving the car, the engine bay will randomly begin to emit a grinding sound. The sound will be similar to someone scraping a hard object against the engine parts. This is caused due to a faulty alternator belt. The alternator belt connects to several parts of the engine like the alternator, power steering pump, AC compressor pump etc. making this noise very audible. Honda fixed this issue by providing free under warranty replacement of the belt and a few connected parts. So if you are test driving a used Honda City that emits such a noise, be sure to not ignore it and get the alternator belt checked straight away. 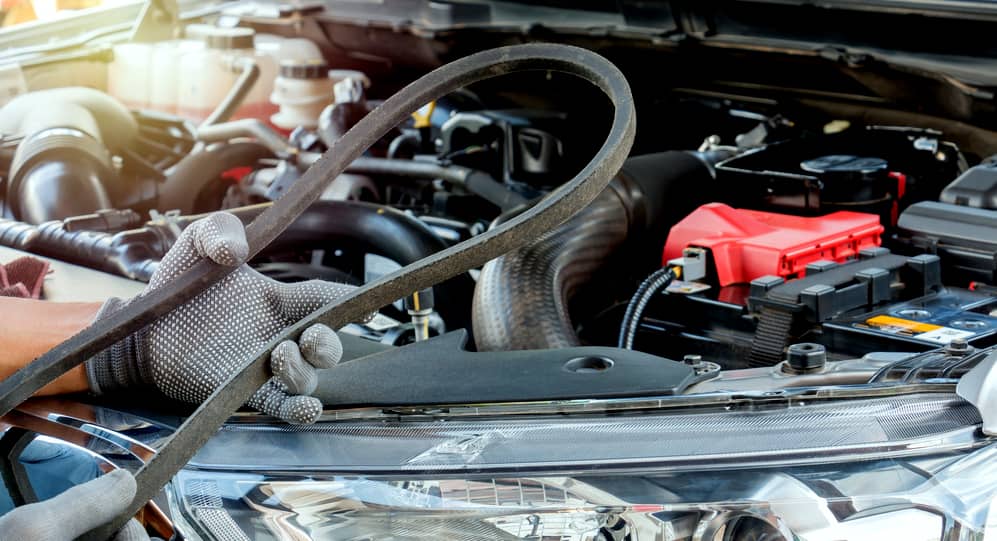 The Honda City is one of the most popular and desirable cars on the market. Sadly this high demand in the commercial market makes it a highly sought after car for theft. This is a general rule when you are buying any used car to always do a thorough check of the documentation. But when a car like the Honda City is in question, you will have to be particularly careful. Be sure to check from the appropriate government websites about the challan history and the ownership details of the car. It doesn’t take long to create a fake registration certificate, but it is impossible to change those figures on a government website. So, ensure that you do a thorough background research on the used Honda City you intend to purchase. Finding the right buyer for your car can be a cumbersome task. Save yourself the trouble and visit your nearest CARS24 branch to sell your Honda City. CARS24 gives you the best price, free RC transfer, instant payment and the supreme ease of selling your car in just one visit.