Volkswagen is known for some of the most iconic cars ever created, including the Beetle and Kombi. The German brand with a name that translates to 'people's car' has long been about appealing to the masses. Read More 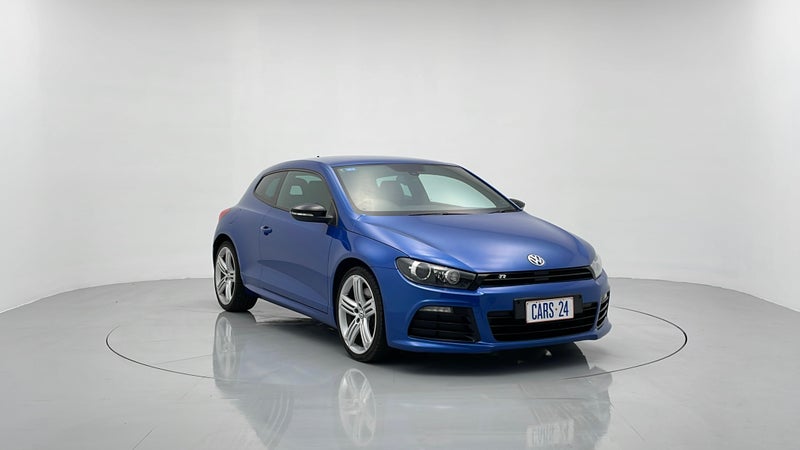 Under the skin the Volkswagen Jetta shares plenty with the Golf R, the sportiest version of Volkswagen's mainstream small car.

But with sleeker styling and a two-door body the Scirocco is more about driving excitement than loading up with people and luggage.

The 2.0-litre turbocharged engine is a hearty unit matching the Golf R’s outputs and with an enticing sound, especially during gear changes in the optional automatic, which uses a twin-cluctch DSG setup.

However, whereas the Golf sends drive to all four wheels, the Scirocco delivers it all to the front wheels.

There are pros and cons for a hot hatch to drive only the front wheels: less weight means feistier acceleration, but from a standstill it can be challenging to get all the grunt to the road.

Fortunately, electronics help keep things under control there, plus there’s an XDL differential that helps divert drive to the front wheel with more traction.

It means the Scirocco R matches its potency with impressive driver enjoyment.

The Scirocco also comes well appointed with dual-zone air-conditioning, heated front seats and rain-sensing wipers. But much of the effort was put into the performance bits, including large 19-inch alloy wheels, adjustable dampers and supportive sports seats.

Sure, the boot isn’t particularly large, but the Scirocco has its priorities in other areas.

It’s a car that delivers on inducing a smile while also being easy to live with day to day.

And for the real enthusiast there’s a limited edition Wolfsburg model – celebrating the location of Volkswagen’s head office – that arrived in the twilight of the car’s Australian existence. The Scirocco R Wolfsburg Edition got additional equipment and some design tweaks.