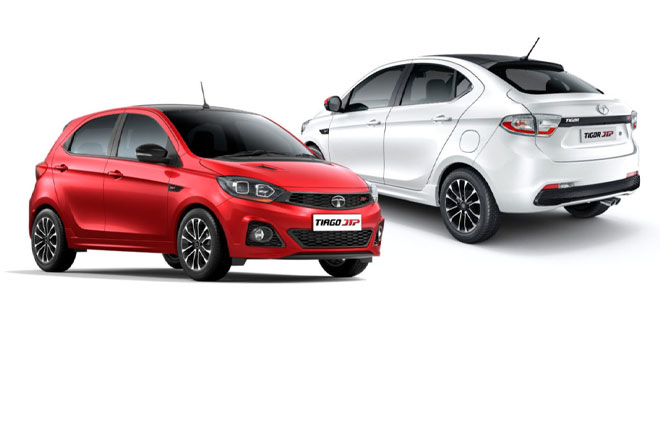 As the year comes to a close, we patiently wait for what the new year has to offer. For car buyers, new cars carry an opportunity for change. But what exactly can we expect in the coming year from the automobile industry? Here are 7 cars under Rs 10 lakhs that are ready to make their presence known.

While the Grand i10 Nios is already available in India, the upcoming Turbo-Petrol variant is set to be released in the coming months of 2020. The car will house a 1.0L turbocharged petrol engine that will give the car a sportier feel and driving experience. The current Grand i10 Nios models produce 81bhp and the Turbo-Petrol model is expected to generate 100bhp, making it faster and sportier than the rest. In terms of transmission, the upcoming Nios will feature a 5-speed manual gearbox only. But the standout features of the Nios will be its interiors, which is said to be all-black, and a sportier-looking body.

When Hyundai sells cars, they ensure that buyers get the best experience out of them and that is what makes the i20 such a huge success. Now, the brand is ready to include its new 1.0L 3-cylinder Turbo-Petrol engine with its biggest-selling model. Similar to the Grand i10 Nios, the upcoming i20 will more powerful and is expected to offer 120bhp for extra speed. Along with the engine enhancement, buyers will also have a choice between a manual transmission and a dual-clutch automatic gearbox. Lastly, with a more powerful engine running it, we can expect Hyundai to give the i20 a new body as well.

The Volkswagen Polo was probably one of the most used cars in India in 2019 and that could go on into 2020 as well as the manufacturer is about to replace the GT’s 1.2L TSI petrol engine with a smaller 1.0L, 3-cylinder, BS-6 compliant petrol motor. Although the new engine is smaller, it produces up to 115hp along with 200Nm of torque whereas the older engine produced 105hp and 175Nm. Mated to the engine will be a dual-clutch automatic transmission system and a manual gearbox could finally be included as well.

Tata is gearing up for the launch of their latest models including the Altroz, which will house a couple of engine options including a 1.2L Naturally-Aspirated petrol and a 1.5L diesel. The petrol engine will offer 86hp and have a manual transmission while the diesel motor will produce 90hp and also have a manual gearbox. But, Tata is also working on a 1.2L Turbo-Petrol variant that is called the Altroz JTP and produces 115hp. The engine will also make its way into the upcoming Tiago and Tigor and the car should have a number of upgrades to its interiors and exteriors.

As mentioned above, Tata will be bringing their brand new engine to not only the Altroz JTP but also to the upgraded Tigor and Tiago. The cars will now be powered by a 1.2L Turbo-Petrol engine that is capable of producing 117hp along with 150Nm of torque. This will not only make the upcoming cars faster, but it will give the owners of the previous variants a chance to prepare RC transfers and get their hands on the latest models as well.

While KIA is relatively new to the Indian market, it is gearing up to launch its new compact SUV in the country at the 2020 Auto Expo. KIA has already revealed that the car will be available with a number of engine options as well as transmission systems. It is also expected to feature a Turbo-Petrol engine that could be mated to a manual or dual-clutch automatic gearbox. In terms of its powertrain, the SUV will be fitted with the same 1.0L petrol engine that produces 120bhp and is used in the Hyundai Venue. There could also be a sportier version of the car as the competition in the SUV segment in India is extremely fierce at the moment.

As you can see, 2020 could be the perfect year to invest in a powerful car. From Hyundai to KIA, these cars are designed to perform better than their previous iterations and bring a lot more power to the table. But the biggest selling point for these above-mentioned cars is their price tags. Available for under Rs. 10 Lakhs, these cars are perfect for the Indian market. To make things easier, a used car valuation tool can be used online to find the best deals in the country so you can sell your current car for a good price.